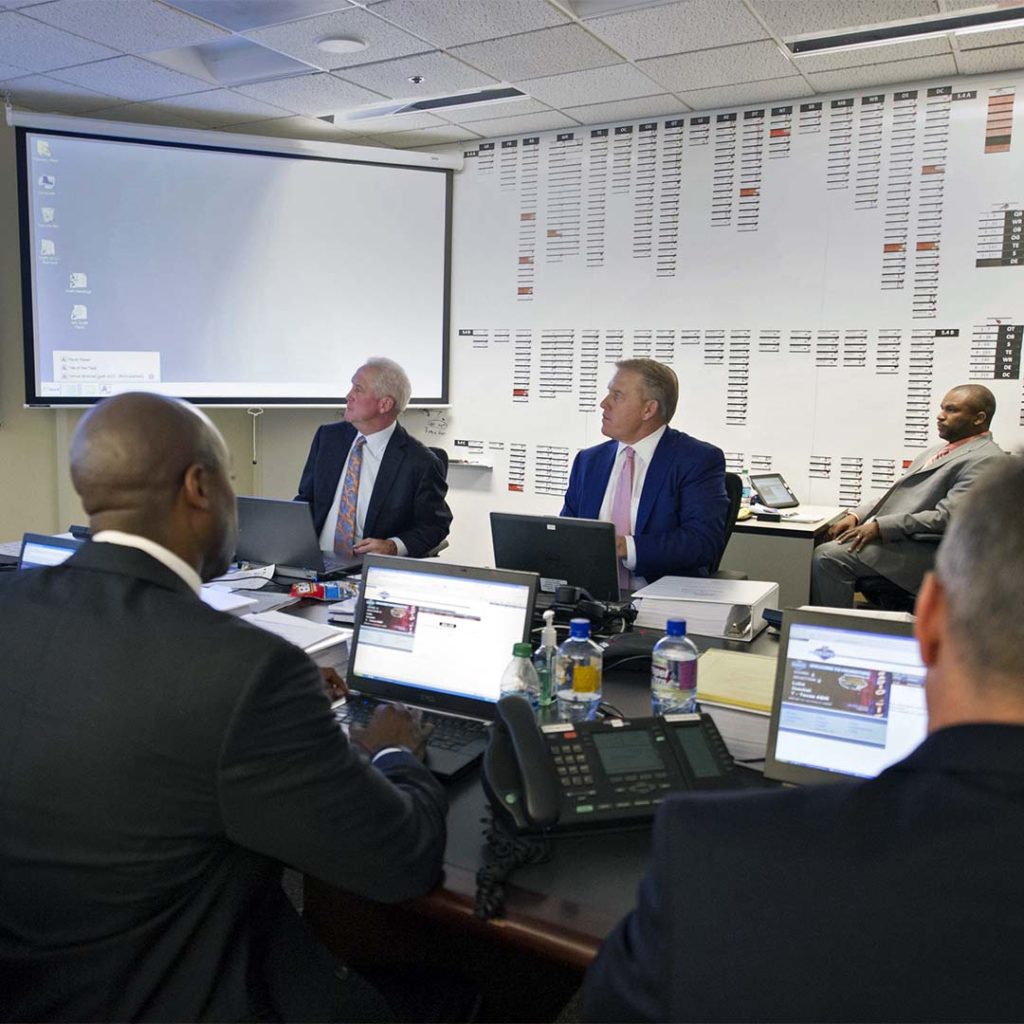 With more than 60 diverse head coaching and general manager candidates representing all 32 NFL teams, the League office hosted its inaugural Coach and Front Office Accelerator program from Monday, May 23, through Tuesday May 24, at the Spring League Meeting in Atlanta.

The group gathered together in Atlanta this week to discuss leadership development and networking opportunities for the teams.

“The NFL is committed to diversity and inclusion, and this program is the latest in a series of steps designed to improve our hiring practices and create opportunities for advancement,” said NFL Commissioner Roger Goodell. “The program helps ensure that clubs receive exposure to high-performing, up-and-coming NFL talent and candidates get a chance to learn the business on a working level from team owners and executives.”

According to the NFL, the group has an ongoing commitment to promote greater coach and C-suite level diversity among clubs.

The Accelerator will convene more than 60 diverse head coach and general manager prospects from all clubs and the League with ownership representation from all 32 clubs.

The effort is designed to continue building a diverse hiring pipeline for future head coach and general manager positions throughout the League.

Each club nominated rising prospects to participate in the two-day Accelerator. In addition to leadership development and sessions on the business of football, attendees will engage in candid discussions on how to take the next step in becoming a coach or front office executive.

“I think the Accelerator is some of the most important work the League and our committee will do all year because the potential of the program is exponential,” said Owner and Chairman, Blank Family of Businesses Arthur Blank.

“It’s an unprecedented opportunity for emerging leaders, owners and team leadership to get to know each other better over these two days, and the relationships formed in this setting will be integral to future hiring cycles.”