In spite of heavy rains, ‘Hoops in the Hood’ goes on 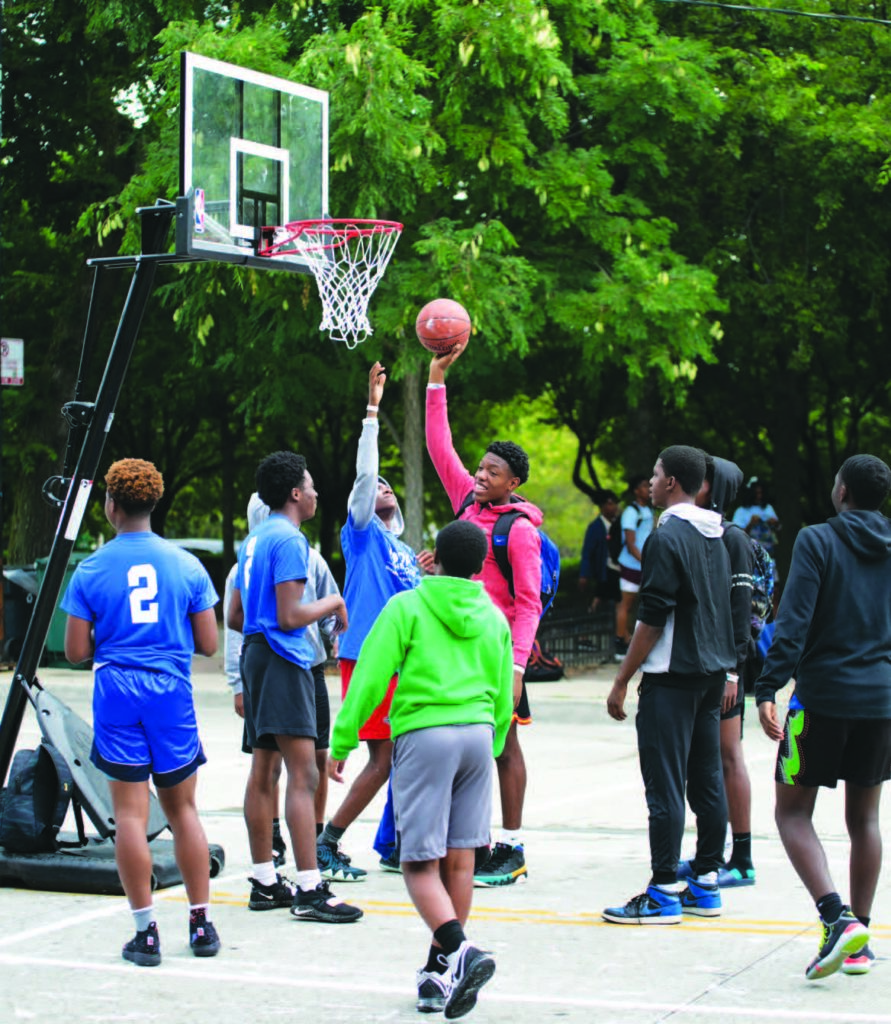 The Local Initiatives Support Coalition (LISC), a community development group, and the Chicago Park District hosted the 13th annual “Hoops In The Hood,” a cross-city basketball tournament for over 400 city youth. The event, sponsored as an effort to quell violence in Chicago’s inner city communities,  took place in mid-August in downtown Chicago.

And in spite of a forecast predicting heavy rains and partly sunny skies throughout the day, the 36 teams fought through the tough weather conditions and still managed to play several five on five match-ups on the basketball court.

“For 13 years, community organizations across Chicago have united through basketball to empower residents to reclaim their streets and promote peace,” said Ashleigh Wayland, public relations representative for the LISC organization. “We have 36 teams. Six girl’s teams and 30 boy’s teams.”

Wayland explained that each year hundreds of young athletes from across the city ages 8-19 play in the summer-long league which blends street basketball with other recreational activities designed to develop youth leadership skills and teamwork.

In addition to adding youth leadership skills and teamwork, the group also emphasizes the importance of civic engagement and community building.

“‘Hoops in the Hood’ has replaced neighborhood crime hotspots with safety zones,” Wayland said. “(It’s) designed to literally take back the streets from gangs and violence in the city.”

Wayland stated that the violence-prevention programs are designed to reclaim public spaces across the city and that more than 26,000 Chicago youth have already participated in the initiative. 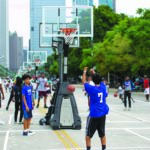 “‘Hoops in the Hood’ is about much more than basketball,” said Wayland.” “It provides a fun and safe outlet for Chicago’s youth and enables athletes, parents and community members to spend time together outside, in their neighborhoods.”

After playing several games throughout the day, the event, held between East Balbo Drive, Columbus Drive and Lake Shore Drive, canceled due to heavy rains and inclement weather.