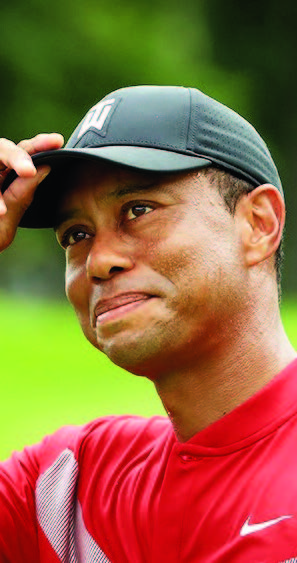 Proponents of creating a new professional quality golf course from the 27 holes in Jackson and South Shore parks say that doing so will not only impact schools in the surrounding area but spark a renewed interest for the sport in young African Americans.

Al DeBonnett, chairperson of the Jackson Park Golf and Community Leadership Advisory Council believes that the course, designed by Tiger Woods’ TGR Design Firm, could be ready by the year 2021.

“We have two of the top young golfers in the city of Chicago, both are African American and live in the Woodlawn community,” said DeBonnett about the benefits of having a newly renovated golf course on Chicago’s south side where minority youth can play.

“[The students] are going to have resources that they’ve never seen before throughout the high schools and CPS [Chicago Public Schools]. It will benefit [all] golf programs.”

According to DeBonnett, the future course will provide schools in the surrounding area such as Kenwood and Hyde Park with future career opportunities, summer jobs as caddies, scholarships to colleges and more.

“Regarding the opportunity, I believe schools such as Kenwood Academy [will be provided with] more playing opportunity and access to the courses,” said Genesis Taylor, girls golf coach at Kenwood Academy High School about the opportunity the newly renovated golf course will provide for the school’s program. “We just started last summer, we are truly in the infancy stages [of] our program.”

“Hyde Park has a golf club, but we haven’t been approved for a golf program [yet],” said coach Alfonzo Lewis, athletic director of Hyde Park Academy High School. “Hopefully it will be a positive for our school and our program.  I believe it will be a win-win situation.”

In addition to DeBonnett’s desire to encourage more minorities to participate in golf, a recent 2018 study by the National

Golf Foundation on participation revealed that there is a growing number of minorities and females becoming first-time golfers, nationwide.

According to the study, the num- ber of newcomers to the game continued at a four-year increase, rising to 2.6 million participants during that period. These beginners were a more diverse group than the overall golf population, the report stating that 35 percent were women (compared to 24 percent overall), 26 percent were non-Caucasian (18 percent overall) and 70 percent were under the age of 35 (37 percent overall).

Dion Madkins, a Woodlawn native nearing certification as a PGA of America Professional, stated he started the “Hit it Straight Golf Academy” in 2016 to help introduce more African American boys and girls to the game of golf.

Madkins believes that golf can help other young Black men in the city in need of direction.

“All it takes is an opportunity,” Madkins said. “That’s the heart of the South Side,” he pointed out. “It would bring opportunities, as far as caddie programs, where you can go get an everyday normal kid, bring him to the golf course, teach him etiquette, show him how to talk and keep his pants pulled up.”

In December of 2016, city officials announced that Tiger Woods’ TGR Design would take the lead in remaking the two-lakefront golf courses into a course capable of hosting PGA Tour events such as the BMW Championship in the near future.