Chicago Bulls defeat the Toronto Raptors 115-98 on the road 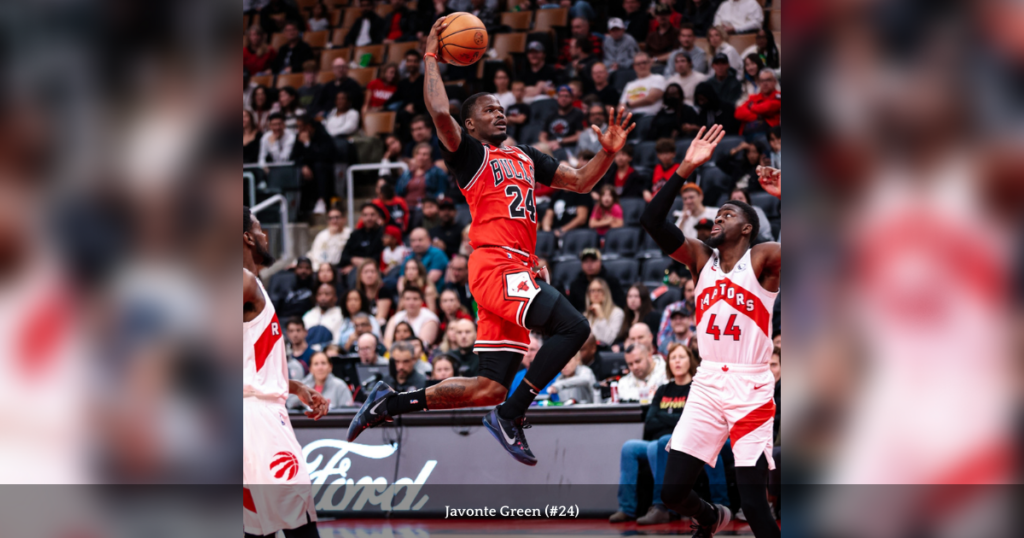 The Chicago Bulls improved to 2-1 in the preseason with a 115-98 victory over the Toronto Raptors on Sunday, October 9, in Canada.

The Bulls were led by forward Javonte Green, who scored 17 points on 7 of 8 attempts from the field. Green is currently averaging 16.7 points per game in the preseason.

In the first quarter, the Raptors outscored the Bulls 38-27 and entered half-time with a 57-47 lead. The Raptors received a strong scoring contribution from center Pascal Siakam, who finished Sunday’s game with 18 points and nine rebounds.

In the second half, the Bulls built a 17-point lead to close out the game. They scored 30 points in the third quarter and 38 points in the fourth quarter.

Second-year guard and former University of Illinois standout Ayo Dosunmu scored 14 points in the victory on Sunday. Dosunmu added muscle this off season and is looking forward to starting at the point guard position for the organization.

He dished out five assists and grabbed 15 rebounds over four quarters.

With the win, the Bulls have won back-to-back games in the preseason. The Bulls played their final preseason game against the Milwaukee Bucks on Tuesday, October 11, at the United Center. They won that game 127-104.