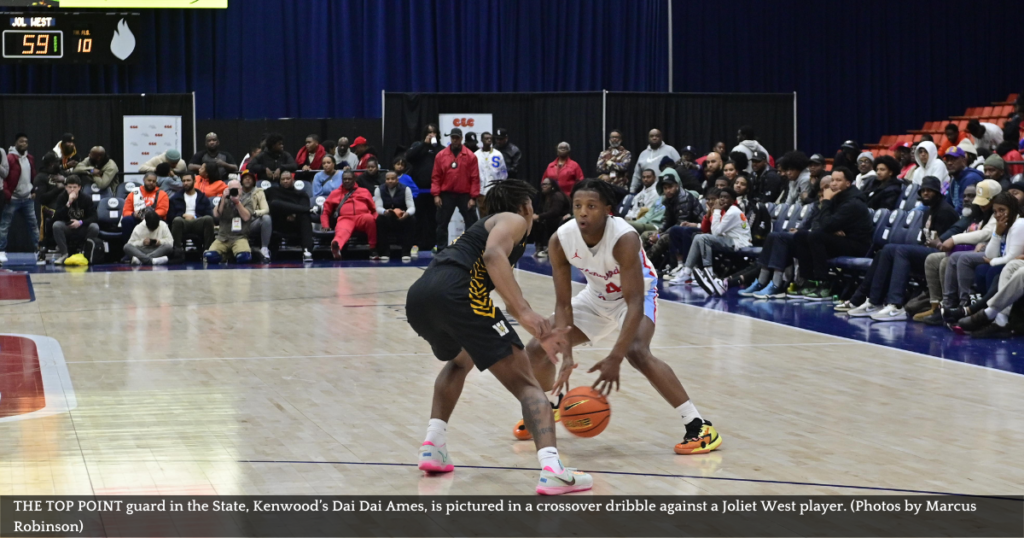 To kick off the 2022-23 high school season, the 11th Annual Chicago Elite Classic was held in Chicago at the “Credit Union 1 Arena” on Friday, December 2, through Sunday, December 4.

The event, powered by Nike, featured some of the best teams in the nation.

“To be able to witness the personal growth and character-building this tournament offers each player that I have had the honor of coaching, and how the city has rallied behind all of them, has been one of my greatest achievements,” said Robert Smith, head coach at Simeon Career Academy.

“I am excited to continue to bring great basketball to Chicago via CEC for many years to come.”

“Our sponsors’ continued belief that creating long-lasting and impactful relationships with Chicago and its athletes make tournaments like this possible,” Malik T. Murray, SVP, Head of Business Development Institutional Marketing for Ariel Investments and Chairman of the Chicago Elite Classic Advisory Board said. He went on to say, “We are always grateful for the opportunity to grow with the community, and it is of the utmost importance to our sponsors that we continue to show up in meaningful ways that benefit everyone involved.”

This year’s showcase also honored basketball and community leaders Linnae Harper and Cynthia Irving; and broadcaster Kenny McReynolds was honored for his 2,500 broadcasts as an announcer of high school sports events and 1,100 episodes of CPS Sports Edition.

Basketball match-ups and scores from the boys’ tournament:

To close out Saturday night’s boys’ tournament, the Kenwood Broncos defeated the Joliet West Tigers 72-66, in one of the most anticipated matchups of the season.

The game featured the 3rd-ranked Broncos and the 2nd-ranked Tigers squaring off in a city versus suburban High School Top 25 showdown. Late in the second quarter, the Broncos were down 10 points, which led to the Tigers earning a 35-25, half-time lead.

In the second half, the Broncos would bounce back—thanks to the courageous performance by small forward Calvin Robbins, who scored 13 of his game-high 21 points in the third quarter. The big game by Robbins helped the Broncos earn their 4th win of the season.

The Broncos are undefeated and now hold a 4-0 record.

“As a competitor you don’t like to lose, but the goal is to be prepared for March so we can withstand this kind of environment against a competitive team that’s been much further than we are as a program,” said Tigers’ coach Jeremy Kreiger via the Sun-Times.

“I thought it was disrespect [ful] that we started out the season ranked three in the Chicago Sun-Times and we knocked off a powerhouse in Young, and we are still three,” said Broncos coach Mike Irvin via the Sun-Times. “They aren’t respecting what we do.”