The YWCA of NWI hosted the dedication ceremony of its new playground equipment, thanks to the fundraising efforts of the Gary Rotary Club, and generous donations by Centier Bank, NIPSCO, Doyle & Associates Architects, Tom Sourlis and other donors. On hand to celebrate the organization’s newest youth amenity were YWCA board members, YWCA youth and other community supporters. 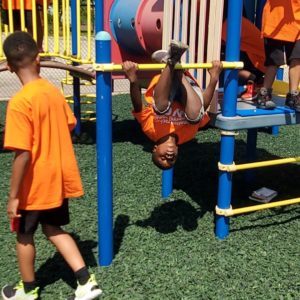 The YWCA of NWI embarked on this project in partnership with the Gary Rotary Club as both organizations marked their 100 year anniversaries.

“We are gathered to salute some amazing partners and generous donors who understand and embrace the mission of the YWCA,” said Executive Director Caren Jones. “Our playground equipment hasn’t been updated in years, and now children have another reason to come enjoy all that the YWCA has to offer.” 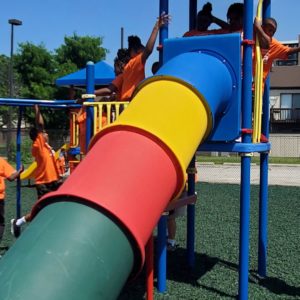 Despite the 90-plus temperatures, more than 20 supporters gathered for the celebration. Among those delivering remarks were Gary Rotary Club President Jason Harris, YWCA board President Michelle Johnson, YWCA board member and former State Senator Earline Rogers, and former YWCA Executive Director Jean Campbell.

Once the commemorative sign listing all donors was unveiled, the youth of the YWCA of NWI were invited to test out the new playground equipment. 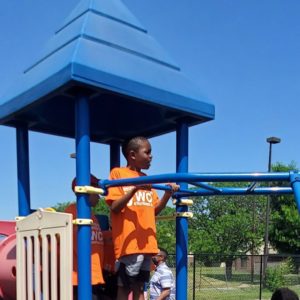 “To see the smiles on their faces makes everything we do all worth it,” added Jones.

A gallery of photos is posted on the YWCA of NWI Facebook page.