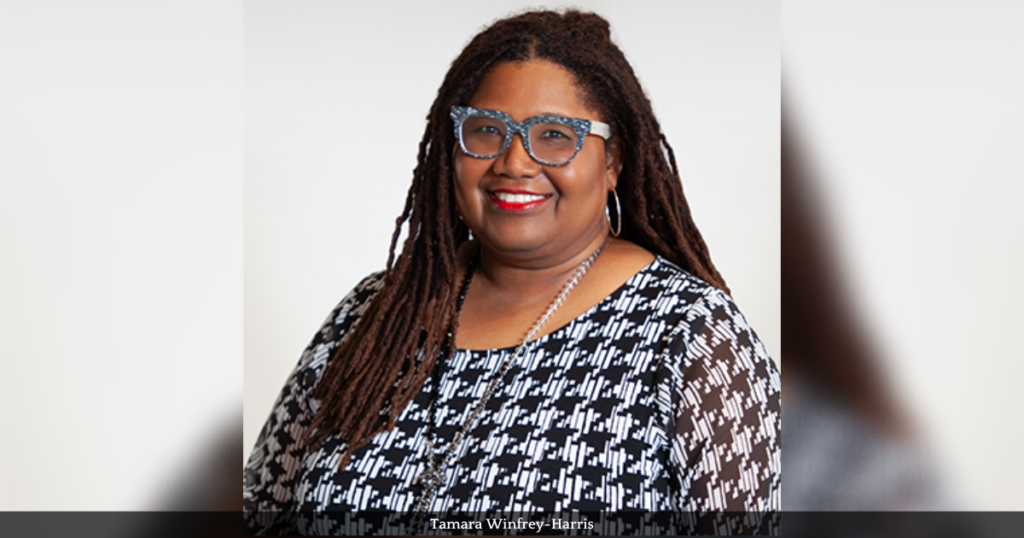 “The Advisory Board is delighted to appoint Tamara as the President,” said Tavonna Harris Askew, Board Chair. “She brings passion for issues affecting women and girls, broad networks and strong leadership skills to lead the Women’s Fund in its next phase of growth.”

Winfrey-Harris has held roles of increasing responsibility at CICF, where she is currently vice president of people, culture and brand. Through leadership in areas across the foundation, including grant making, community leadership, effective philanthropy and others, she has gained a reputation as a results-driven leader expert in utilizing effective communication, problem-solving skills, and coalition building to gain buy-in and drive organizational change and community impact.

“I am honored to have this opportunity to use my abilities to make this community a better place for women and girls.” says Winfrey-Harris. “I promise to listen, to learn and be guided by the needs, experiences and voices of women and girls in all their intersections and complexities.”

Winfrey-Harris is skilled at leading community partners in finding philanthropic answers to critical issues and seizing budding opportunities. She oversaw the execution of the more than $2.2 million Central Indiana Racial Equity Fund (CIREF), established by the Eli Lilly and Company Foundation, Lumina Foundation, CICF and other donors to focus on solutions that address racial inequities in the criminal justice system. Adept at stakeholder management, she is a veteran of several capital campaigns and fundraising efforts. In her role as vice president of community leadership and effective philanthropy at CICF, Winfrey-Harris oversaw service to 500+ donors, 475+ agency endowment funds, 122 scholarships, and other funds totalling $600M. She also brings to her new role, more than two decades of experience in marketing and communications, counselling Fortune 500 companies and not-for-profits, and serving for 12 years as vice president of communications and marketing for Indianapolis’ Eiteljorg Museum of American Indians and Western Art.

Winfrey-Harris’ position as a national thought leader on issues of gender and race gives her a unique ability to understand the landscape of women and girls in Central Indiana. Her writing has been published in media, such as The New York Times, The Atlantic, Los Angeles Times and Ms. magazine. And she is the author of two books– “The Sisters Are Alright: Changing the Broken Narrative of Black Women in America” (Berrett-Koehler 2015) and “Dear Black Girl: Letters from Your Sisters on Stepping into Your Power” (Berrett-Koehler 2021). For both books, she engaged and interviewed hundreds of women and girls in Central Indiana and across the country. She has been invited to speak on issues of gender, race and social justice at campuses and venues across the country, such as Bennett College, a women’s HBCU in Greensboro, NC, where Winfrey-Harris served as LiberateHer-in-Residence during the spring semester of 2022.

A Gary, Indiana, native, Winfrey-Harris sits on the boards of the Center for Disaster Philanthropy, ACLU of Indiana and several other notable institutions. She is a member of the Circle City (IN) chapter of The Links Incorporated and the Alpha Mu Omega chapter of Alpha Kappa Alpha Sorority, Incorporated.

Winfrey-Harris steps into her new role on January 9, 2023. She succeeds Jennifer Pope Baker, founding president, who led Women’s Fund for 23 years. Deborah Hearn Smith, retired CEO of Girl Scouts of Central Indiana, has served as interim president during the organization’s search for a new leader and will continue to perform these duties through January 7.