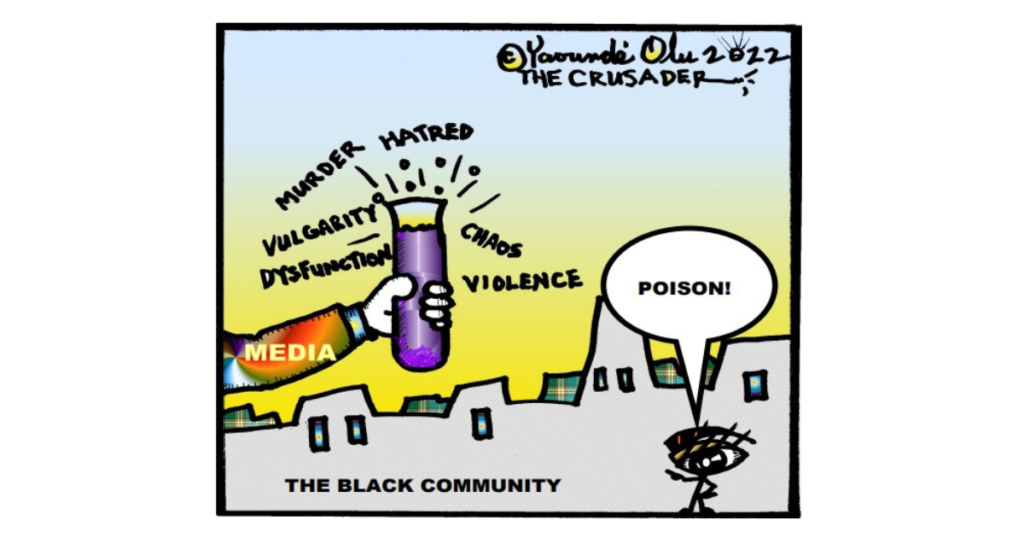 We are at a pivotal point in the history of the world, and consequently we are also at a pivotal position as a race. Black people have been talking about the need for unification for a long time, but if truth be told, the notion of real unity has not been achieved. As a result, the Black community is suffering from all kinds of adversity.

If there is a question as to what keeps driving a wedge between members of the Black community, the answer is embedded in the fabric of every aspect of our lives. We meet it at every turn; and this didn’t start with slavery…it started before we hit these shores.

The movie The Woman King has brought home the unpleasant notion that Black people played a significant role in delivering Black people into bondage. The reality of this fact seems to be one of the motivating factors behind the opposition to that movie.

And once we reached these shores, Black people, after a time, were separated by skin color, which had its most obvious manifestation in the division between house and field slaves. The slaves who managed to work in the big house were better situated and enjoyed a higher status than those who had to work in the fields.

This generated a different schism that is apparent even to this day, as evidenced by the phenomenon that a disproportionate number of high-profile Black men seem to value light- or white-skinned women over those of darker hues. To illustrate this point, consider the attitude toward one of the most prominent families in America, and notably the most hated by Black women, the Kardashians. This family has come to represent an evil dynasty that has as its goals the destruction of Black men. Never mind that these men are choosing the Kardashians over Black women.

Needless to say, this is a bone of contention among Black women, who conveniently blame the Kardashians. Deep in the subconscious of this opposition, it just might be found that it is the colorism, i.e., the idea that the Kardashians are being held up as the epitome of white womanhood who are preferred by Black men that is the seat of the issue.

Another thing that throws a wedge between Black people is popular culture. Most likely this is due to the venom that is spewed in gangsta rap that pits Black men against each other AND pits Black men against Black women. It is startling to look back on several decades of Black music and notice how drastically things have changed.

Once upon a time, most of the popular music was about love in its various forms. Today, the majority of the music aimed at the Black community expresses hatred and revenge.

There has been a recent spate of murders among gangsta rappers, and people are surprisingly perplexed as to why this is happening. Well, it shouldn’t take a rocket scientist to observe that a culture that focuses almost exclusively on hurting and killing each other will see real life consequences.

In the case of fratricide in the Black community, it is a matter of art manifesting in life! What’s so hard to understand about that?

All of these elements are reinforcing each other; we encourage Black people to buy Black, but many Black business owners disrespect Black customers. The high rate of crime in Black communities is evidence of the low respect there is for Black lives among Black people in spite of the Black Lives Matter (BLM) movement. In fact, there is an apparent growing disdain for the BLM movement among Black people.

The result of the foregoing is that a lot of Black people speak negatively against anything Black. They won’t validate Black culture unless it is given a stamp of approval by white culture.

And it’s ironic that most of the “successful” offerings in popular culture are crafted around fighting and mutual disrespect. The “Real Housewives of…” franchises embrace this strategy, as does the rap culture mired in mutual “dissing.” You’d be hard pressed to find cultural offerings that focus on love.

Ironically, one of the most important and successful programs of this type was The Cosby Show, which has unfortunately been slightly tarnished due to the Bill Cosby debacle.

Considering what has been said, how can we not understand why Black people are divided? The previously mentioned cultural impediments guarantee cultural failure. The Black community has a decision to make: either we recognize the institutional saboteurs that are dividing us as a people and change our behavior and attitudes, or go down together in despair. It’s up to us! A Luta Continua.