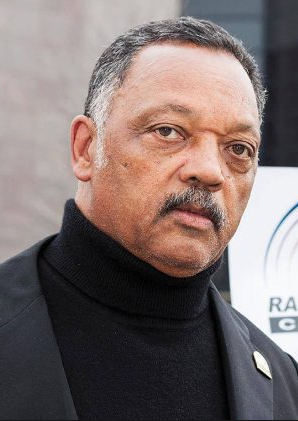 Be very clear. What happened on January 6, 2021 was an attempted coup d’etat that had an inside and outside dimension and strategy! It was an undemocratic effort by President Donald Trump and over 150 Republicans to reject the popular votes of the American people in the 2020 presidential election and replace them with their own Electoral College Votes. They rejected the election of Joe Biden and Kamala Harris and tried to keep Donald Trump in office for a second term.

Outside, thousands representing a violent mob breached the Capitol, ransacked it, looked for members of Congress to harm and threatened to kill Vice President Mike Pence and Speaker of the House Nancy Pelosi. They did delay the official certification process of Congress until 4a.m. of the next day.

What caused all of this? It was the result of “the big fat lie” repeated over and over again in a truly fascistic manner, perpetrated by President Trump, Republican U.S. Senators and members of the U.S. House of Representatives, that Joe Biden and Kamala Harris were illegally and corruptly elected and that the election was stolen!  Even now a majority of House Republicans will not say that Biden and Harris were elected in a free, fair, open and legal election.

There has always been a racist, fascist and anti-democratic element in our politics.

But beginning in September, 1964 when South Carolina Senator Strom Thurmond switched from the Democratic Party to the Republican Party and vowed to convert the former Dixiecrats to Republicans, i.e., get Jefferson Davis Democrats to switch, it now mostly resides in the base of the Republican Party.

This element existed mostly underground until the election of Donald Trump, when he became the maypole around which anti-democratic, racist, anti-Semitic, anti-government and authoritarian forces surfaced and rallied around him.

Joe Biden’s dominant message as the incoming president has been to unify the country and work across partisan lines. It has an appealing ring to many Americans because the country is divided.

But there is a precedent for this “can’t we all just get along” approach in a divided country – the American Civil War.

Both President Lincoln and his successor Andrew Johnson after Lincoln’s assassination had, understandably, a preoccupation with reuniting the country. Lincoln had issued the Emancipation Proclamation on January 1, 1863, which freed him to enlist 180,000 colored troops in the Union cause that helped him and the North win the war. One can legitimately say that Black people saved Lincoln and the Union and as a result of Lincoln and the North’s military victory the slaves were freed.

The problem is that while the North defeated the South militarily, they didn’t defeat the South’s ideology of white supremacy.

Lincoln appointed Johnson as Tennessee’s military governor during the war because he had remained loyal to the Union, but Johnson was not ideologically opposed to slavery. Lincoln rewarded him by selecting him as his vice president in 1864 anyway.

The effort in 1865 by Johnson and others after the Civil War to reunite the country, without the prerequisite of racial, economic, social and political justice, allowed the KKK to rise, Black Codes to emerge, Redeemer Democrats to regain control of state legislatures using violence, and ultimately resulted in Plessy v. Ferguson in 1896, setting the nation on a course of 58 years of apartheid until the Brown decision of 1954.

Overcoming the legacy of legal segregation meant struggling against the resistance of the Goldwater campaign in opposition to civil rights in 1964, opposing Nixon’s 1968 southern strategy, defying Reagan kicking off his campaign in 1980 in Philadelphia, Mississippi in the name of states’ rights while being endorsed by the KKK in the county where Schwerner, Goodman and Cheney were murdered for registering Black voters. Then came the authoritarian Donald Trump with his bullhorn of racism, anti-Semitism and undemocratic practices.

So the resistance and struggle to establish democracy and equal protection under the law for Black people, people of color, and all Americans has continued ever since: Truman ended segregation of our military in 1948; the Brown decision of 1954; King fighting for the desegregation of public facilities in 1964 and the right to vote in 1965; passage of the 1968 Open Housing Act after his assassination; affirmative action; a War on Poverty; passage of Medicare and Medicaid legislation; Food Stamp programs; the Elementary and Secondary Education Act with Title I; School Breakfast and Lunch programs; WIC; and much more.

So, as they say, the struggle continues. Keep hope alive and your seatbelts on, your eyes on the prize and wide open, and your marching shoes at the ready as we enter the era of the Biden-Harris administration on January 20, 2021.

Rainbow PUSH Coalition is a multi-racial, multi-issue, progressive, international organization that was formed in December 1996 by Reverend Jesse L. Jackson, Sr. through merging of two organizations he founded, Operation PUSH (People United to Serve Humanity estab. 1971) and the Rainbow Coalition (estab. 1984). With headquarters in Chicago and offices in Washington, D.C., Atlanta, Detroit, Houston, Los Angeles, New York and Oakland, the organization works to make the American Dream a reality for all citizens while advocating for peace and justice around the world. RPC is dedicated to improving the lives of all people by serving as a voice for the voiceless. Its mission is to protect, defend and gain civil rights by leveling the economic and educational playing fields while promoting peace and justice around the world.