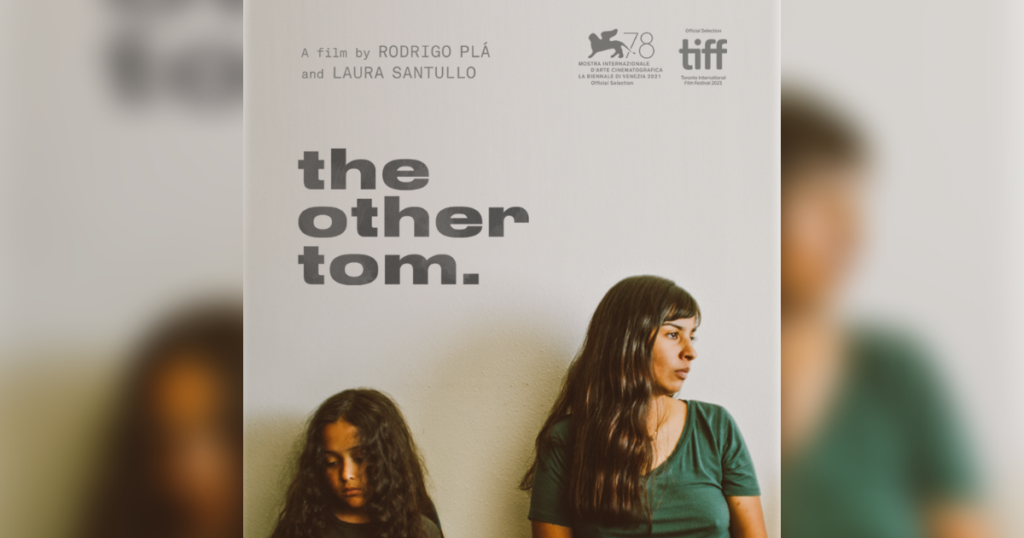 “The Other Tom” (El otro Tom) is the fifth collaboration by the Uruguayan-Mexican writer/director duo and parents, Rodrigo Plá and Laura Santullo—and their first (predominantly) English-language film—explores prejudice and the controversial prescription of medication for Attention Deficit Hyperactivity Disorder (ADHD) to young children. “The Other Tom,” anchored by potent performances from Julia Chávez and Israel Rodríguez, opens Friday, October 14, in the Cinema Village in New York City.

Elena is a Latina single mother in El Paso, Texas who relies on Social Services. Her son, Tom, has behavioral issues and is stigmatized at school as a “problem child.” An absent father further complicates their difficult relationship. Tom is diagnosed with ADHD and prescribed psychiatric medication, but a strange accident alerts his mother to its side effects. When Elena refuses to continue administering the drugs to Tom, Social Services threatens to take him from her custody.

Stubborn, disruptive, unpredictable, unfocused, angry, nine-year-old Tom struggles to fit into the regulated environment of a public classroom, which weighs heavily on his mother Elena, a single parent juggling jobs and social service assistance. Elena is initially cooperative when the boy is diagnosed with ADHD and given a set of medications to counteract his “inappropriate”
behavior.  When Tom becomes a depressed shell of his former self, with a frightening potential for self-injury, Elena makes the fateful decision to throw away his drugs despite the consequences—from the school, and then from children’s protective services who threaten to remove Tom from her care.

For directors, spouses, and parents Plá and Santullo, this film is deeply personal and asks the question, what happens when a diagnosis turns out to be a stigma? “The Other Tom” boasts a highly recognized filmmaking team that have been recognized for their work at Venice, Toronto, Berlin, and at Spain’s Goya Awards.”A quiet, character-driven drama that builds to a suspended,
even nebulous conclusion.”—Guy Lodge, Variety

“The Other Tom raises important questions about ways in which children’s behavior is judged—without considering personal and social contexts.”
—Aparita Bhandari, Globe and Mail

This film was a rough one to watch, as Elena navigated a system that was bent on labeling her son, Tom. The title refers to the “other being” that he would become when he was filled with drugs. Even though he was quite unmanageable when he was off his medication, the authorities at one time wanted to prescribe yet another drug—with unknown aftereffects.

Elena is estranged from Tom’s father and is doing everything for her family herself—including working multiple jobs for household income. All goes awry when there is a near tragic traffic accident, and Elena just gives up on keeping her son in school. She grows
upset when teachers tell the entire classroom that Tom is on drugs; she feels that this notice further stigmatizes him.

Discouraged, she travels to visit his father, even after broken promises of a visit from the father to their home. But Tom is so relaxed and comfortable in those environs. Elena notices this new side of Tom, and maybe in the end, life with his father is what the young boy needs after all?

Right on the heels of World Mental Health Day, the gripping and intimate drama about motherhood, autonomy, and mental health opens Friday, October 14, at Cinema Village in New York City.