Test, inspect, and replace broken or expired smoke alarms as you change the clock this weekend 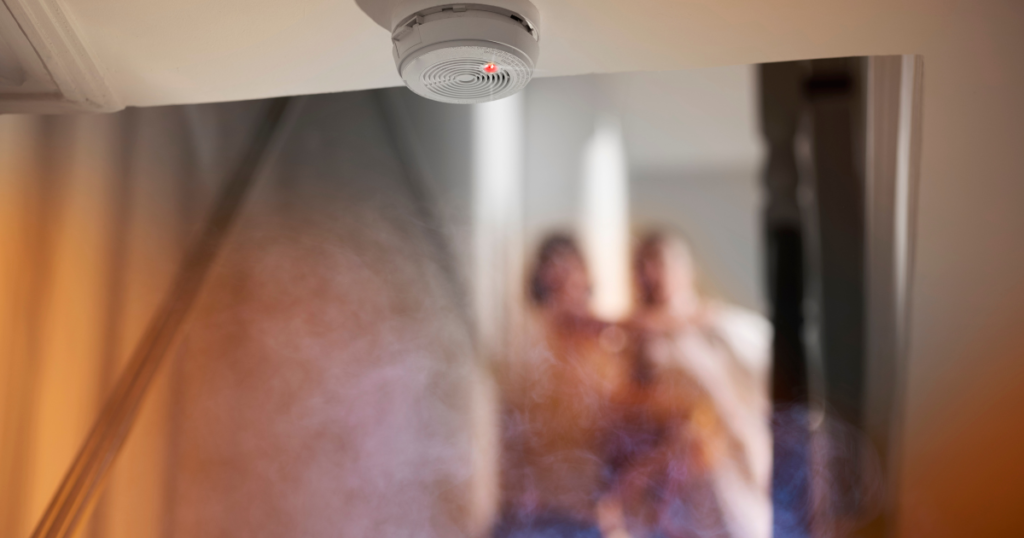 80% of pre-existing smoke alarms in homes that received new smoke alarms from the “Be Alarmed!” program were non-functional or expired

The Office of the Illinois State Fire Marshal (OSFM) is reminding Illinoisans to test, inspect expiration dates, change the batteries in smoke and carbon monoxide (CO) alarms, and replace any broken or expired alarms while turning their clock back as daylight saving time ends this weekend.

“It’s more important than ever due to the limited amount of time – 3 minutes or less – to escape a home fire that smoke alarms are working in your home. The time change serves as a bi-annual reminder to test smoke alarms and review your families fire escape plans,” said Acting Illinois State Fire Marshal Dale Simpson. “As the cold weather months arrive, I encourage everyone to test and inspect smoke alarms and CO alarms more often. It’s simple: working smoke alarms save lives!”

A 2017, Illinois law required ten-year sealed smoke alarms be installed in all homes built before 1988 or that do not have hardwired smoke detectors by January 1, 2023.

“Be Alarmed!” is a fire safety education and smoke alarm installation program administered cooperatively between the Illinois Fire Safety Alliance (IFSA) and the Office of the Illinois State Fire Marshal (OSFM). This program provides ten-year, concealed battery smoke alarms to Illinois residents through their local fire departments and staff can aid with obtaining and installing these required alarms. Smoke alarms are required on every floor of a house and within 15 feet of every bedroom.

The program was developed to educate Illinois residents on the dangers of residential fires and how to prevent fires from occurring in the home, as well as to ensure there are properly installed, working smoke alarms in the homes. By providing 10-year sealed battery smoke alarms, the program ensures that the power source of alarms cannot be removed from the unit and, if properly maintained, will last the life of the device.

For more information on the “Be Alarmed!” program visit: https://www.ifsa.org/programs/alarms.