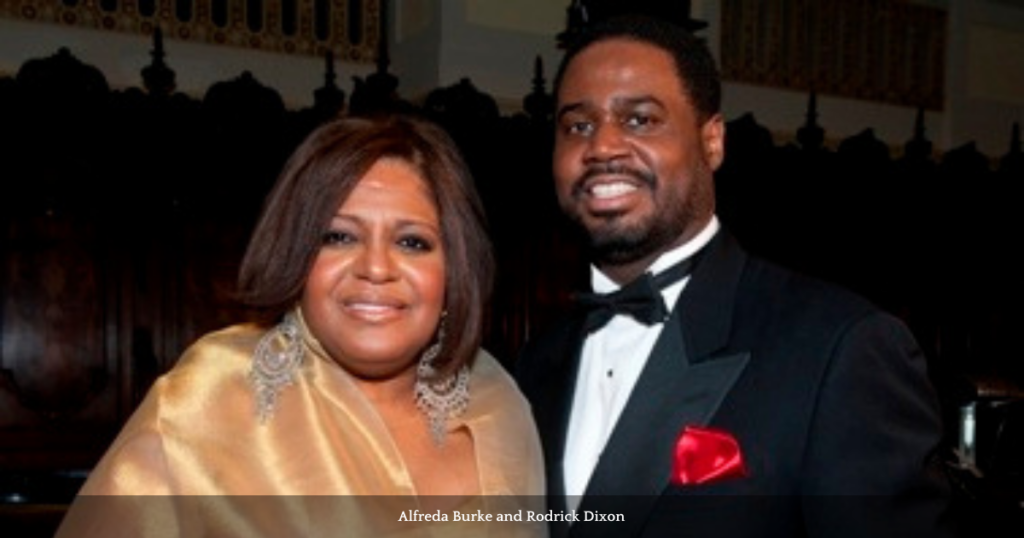 For the first time in its 17-year run, “Too Hot to Handel,” the popular gospel, jazz and blues version of George Frideric Handel’s holiday classic, will run twice in one year in its digs at Chicago’s Auditorium Theatre.

That means another reunion and more time together for a beloved cast that met for the first time, in January, since the pandemic shut down the entertainment industry.

Months later, the cast is preparing once again to deliver a powerful, feel-good, show-stopping performance that has made “Too Hot to Handel” a holiday tradition in Chicago’s arts community. The production will be presented December 3 and 4 at the Auditorium Theater.

“Too Hot to Handel” is traditionally performed the weekend before the Martin Luther King holiday, in January. For the second time in its history, the production will be held near the start of the holiday season.

For cast members, it is another opportunity to make up for the time away from each other after a tough year of not being together.

Since then, many cast members have forged tighter bonds, with the sharing of individual stories of pain and loneliness during a period where over six million people across the globe died of the COVID-19 virus.

Alfreda Burke, one of “Too Hot to Handel’s” star sopranos, was one of those who nearly succumbed to the deadly virus.

In 2020, Burke contracted COVID-19 and didn’t realize she had the disease until her husband, Rodrick Dixon, the powerful baritone for “Too Hot to Handel,” took her to the hospital, where she was told she was 48 hours away from death.

During a telephone interview with the Chicago Crusader, Burke and her husband shared how she struggled with the deadly disease which she, like millions of people, didn’t know she had until it was almost too late.

This Thanksgiving, Burke is grateful to be alive and healthy as she prepares to share the spotlight with her husband, fellow soprano Karen-Marie Richardson, and the cast of “Too Hot to Handel.”

“I feel extremely blessed to be on the other side,” Burke told the Crusader.

“God is a healer. It was really awful because it was COVID-19 plus COVID-19 pneumonia, plus pulmonary embolisms, so I had blood clots in my lungs. I could not breathe. I just thank God for his healing virtue. Everybody is so happy to gather again in the theater and hear the organic things that are going on, on that stage.”

Performing in his second Chicago production since the pandemic, Dixon said doing “Too Hot to Handel” remains a refreshing event.

“A lot of people who came to see the show in January 2022 were all coming out of this pandemic, and they had personal stories like we did. And all of us were in that room in January.

“And the fact that the show played, and that people could go there and immerse themselves in the text, in the family of the “Too Hot to Handel” culture, and express themselves and say, ‘I’m here’ or ‘I’m in my same seat’ was great.

“We were all wearing masks in January. We can’t imagine what it’s going to be like in December this year. It feels good and it’s this hallelujah experience that’s coming out of ‘Too Hot to Handel,’ which is a platform for the show. People share their hallelujah experience.”

For Burke, there was a time during the pandemic where she was close to not performing at “Too Hot to Handel,” or anywhere, ever again.

“I was in the hospital for seven days,” Burke said.

“I went to the ER. Rod was so diligent in getting me out of the house. I had almost fainted on a Thursday. As I went down to the floor, he caught me. I was thinking about going to the refrigerator for some orange juice. We ate really late that day, so I’m thinking I just need some sugar of some sort and I wasn’t diabetic. I just knew that I had to eat something.

“So, he called the paramedics, and they came and asked all these questions like have you had COVID-19 and I said, ‘Not that I know of.’”

Burke recounts how a couple of days passed with her feeling unwell, and “So we get to Sunday and Rod is like ‘she is no better. She can’t breathe.’ I had shortness of breath, and we have stairs, so he was like ‘Don’t come downstairs. I’m running out to get some food. Don’t leave this room.’

“So, I went to the hospital, and they said had I not come, I would have been dead in two days.”

A faith-based married couple, Dixon said he and his wife during that time said and received “Lots of prayers” in “having faith that God can, God shall, God will, and God did. And just being vigilant about prayer and trusting that God has power in His hands.”

“We are still cognizant of the variants that are still out there. We got our shots because we have to work. Part of taking the stage is realizing that life represents art and art represents life. So, you bring these personal experiences to the table.

“In this particular work, it just so happens to be we’re Christians and [the production] just so happens to be [based on] the Bible and the scriptures. So it falls in our arena of expressing our praise, our worship and our sense of being grateful for life while others were not so fortunate.”

Burke said, “The pandemic impacted and claimed so many lives and it shut down our industry to a certain degree. We had to do a lot of things spiritually, but certainly socially distance. We had to change the way we do things. With everybody being so impacted, you come to production with a different perspective. It’s meaningful and has more depth.”

Created in 1992 as a collaboration between conductor Marin Alsop with orchestrators and arrangers Bob Christianson and Gary Anderson, “Too Hot to Handel” is performed around the world.

The production had its Chicago premiere at the Auditorium Theatre in 2006. In addition to the talented trio of Dixon, Burke and Richardson, the spirit-filled production includes renowned pianist Alvin Waddles III and dynamic Music Director Suzanne Mallare Acton. Also returning is a powerhouse Chicago chorus, along with members of Detroit’s Rackham Symphony Choir.

Dixon’s deep and rich baritone vocals will once again set the stage in his opening piece, Every Valley Shall Be Exalted. Richardson will light up the auditorium with Quincy Jones’ O Thou That Tellest Good Tidings to Zion. And Burke will close out the performance with Jones’ soulful Hallelujah Chorus for a rousing ending.

Dixon said presenting “Too Hot to Handel” during the holiday season instead of the weekend before the King holiday doesn’t change its tone or purpose.

“I do think that in the city of Chicago, the fan base is so used to serving the beloved community that’s associated with Martin Luther King who used the phrase so eloquently during his time on earth about bringing people together. It has a certain kind of resonance, a certain kind of relevance. It was a natural fit.

“I think the month of December is already set up to have this conversation in a different way. And it just so happens the show was moving to December, December 3 and 4; and the show is also going to have more of a theatrical feeling in presentation than it was in January. It will still be some homage to Martin Luther King and some of the other great people who have inspired our people over the globe with great stories of their own.”