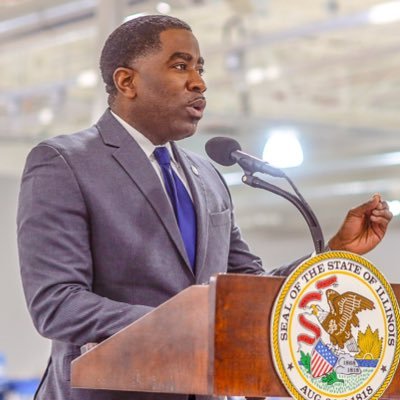 After filing HR671, which urges Congress to decriminalize cannabis, Representative Marcus C. Evans, Jr. (D-33rd) wasted no time in lobbying for support of his resolution that if passed would remove marijuana from the Schedule 1 Drug List, paving the way to clear the records of those arrested on cannabis charges.

During an interview with the Chicago Crusader, Evans said Illinois generated more than $100 million more in tax revenue from adult-use marijuana sales than from alcohol in 2021. However, Evans explained that as of 2020, there were still 40,000 people incarcerated for cannabis offenses. Evans said his bill would help eliminate that problem.

Saying more than half the states have some form of legal cannabis, Evans pointed to 37 states that have already approved marijuana for medical use, saying 27 have decriminalized small amounts of cannabis and 18 states have approved it for recreational adult use.

When asked what is a Schedule 1 Drug List, Evans explained it includes drugs “with no currently accepted medical use and a high potential for abuse.”

As an example, Evans said that would include heroin, lysergic acid diethylamide (LSD), marijuana (cannabis), 3,4-methylenedioxymethamphetamine (ecstasy), methaqualone and peyote.”

This, he said, proves that more than half of the states are ready to move toward legalizing cannabis, which Evans said can help clear the records of those people, especially African Americans and Hispanics.

The Illinois General Assembly passed HB1438 in 2019, which allowed adult use of marijuana, and since January 2020, recreational cannabis has been legal in Illinois. Passage of that bill mandated the automatic expungement of almost 500,000 marijuana arrest records. When asked why it is important for him to ask Congress to decriminalize cannabis, Evans explained “because right now cannabis is o the Schedule 1 Drug List because people saw cannabis as a gateway drug, and they saw it was a drug that was used only to get high an that it had no purpose. We now know that is not the case. In 1 state, cannabis is legalized. Some 30 states have passed laws approving cannabis legal for medicinal purposes.

“So, the country has spoken, and it is time for Congress to take action and to restore the rights o people who were convicted of cannabis charges. That is so important,” Evans said, “to free those people so they can be productive citizens.”

Evans said Congressman Bobby L. Rush (D-1st) has offered his support and that he is sending hi-resolution to all of the Congressmen in hopes of garnering enough votes for passage.

Decriminalizing cannabis, Evans said, can boost the state’s budget. “People want to utilize cannabis recreationally and medicinally That’s a fact. Right now, we have brought in more tax revenue in 2021 for cannabis than we did for alcohol.”

Cannabis does help the state’s budget, according to Evans, and it helps local (municipal) budgets. He says it is “an economic tool for development. It could be an economic engine, but we have to continue to regulate it properly. Once it is off the Schedule 1 Drug List and it is more widespread, I think more people will use it for their various purposes,” he told the Chicago Crusader.

Reminded that African Americans are not now getting their fair share of the cannabis licenses, Evans said, “That is something that administration is working on. You will see more licenses being put out soon for people of color in general but specifically African Americans.” He said if his bill is passed, there would be more opportunities and there will be more growth in issuing cannabis licenses.

“A lot of the licenses are still being held up in court, but the more we send a message that cannabis is accepted, it will be easier for the industry to grow and the larger the industry, there will be more opportunity for everybody,” Evans said.

Asked about the more than $100 million in tax revenue as a result of cannabis sales, Evans explained, “Some portion goes to education, but a lot of the money goes to non-violence programming, recidivism programs. It’s about restoration and giving folks opportunities who have been impacted by drugs.”