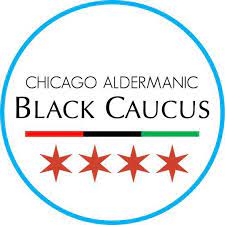 The clash between Chicago’s Black and Latino aldermen in the ward remap dispute intensified last week when the Chicago Black Caucus argued that its proposal to map all 50 wards is based on the 2019 citizen voting-age population (CVAP).

The argument added more fire to the ward remap dispute between Chicago’s two largest ethnic groups on the final public hearing on Friday, January 21. With no agreement in sight, the decision on a ward remap appears to be headed for a referendum that will go before voters in the June 28 Primary.

So far, the Black Caucus’ proposal has the most support from the city’s aldermen, but it does not have the required 41 votes to pass. Both sides remain at odds in avoiding a costly referendum that will allow voters to make the final decision.

Black Caucus members say the Latino proposal would not work because Chicago’s Latino population doesn’t have enough voters who are old enough to elect more Latinos on the City Council. An expert on the city’s redistricting supported that argument at Friday’s hearing.

Latino Caucus members are angry and argue that the remapping of the city’s 50 wards is historically based on the U.S. Census figures, which the latest shows Latinos make up 30 percent of the city’s 2.7 million population compared to Blacks, who make up 29 percent of Chicago residents.

Allan Lichtman, an expert who analyzed redistricting efforts in a federal case, said the map favored by the Black Caucus seems likely to give the Latino Caucus a better chance to win in Latino-majority wards. But the Latino Caucus has repeatedly rejected using citizen voting-age population data to redraw Chicago’s 50 wards.

Caucus members said that the use of voting-age only data is a way of excluding non-citizens in a sanctuary city. The group is considering drafting an ordinance that would allow non-citizens to vote in municipal elections like a recent law passed in New York City.

During the January 21 hearing, Lichtman said the voting population in Chicago’s Latino community is just 20.7 percent.

During the hearing, there was also talk of crossover voting between Black and Latino candidates.

Lichtman said that it’s “quite common” for Latino and non-Lati- no voters to vote for the same candidate. He said this goes on in wards where minorities make up over 40 percent of the population.

Last December, a three-judge panel in the case upheld Democrats’ redrawing of Illinois’ 177 legislative district boundaries. Democrats successfully argued that Illinois’ history of racial crossover voting has shown that Latino candidates can get elected without additional Latino-majority districts. Black Caucus members believe the ruling would help them prevail in court should the Latino Caucus file a lawsuit.

Burt Odelson, an attorney for the Latino Caucus, said at Friday’s hearings that he disagreed with Lichtman’s argument because Chicago municipal elections are nonpartisan and that the city’s precincts are “unique.”

“The court ruling just has no bearing on the ward remap situation,” Odelson said.

Politico’s Illinois Playbook on Monday, January 24, reported that Alderman Michelle Harris, who chairs the Rules Committee, which is overseeing the remap process, last spring lobbied the Illinois Legislature to reduce the threshold for approving a new ward map from 41 to 26 votes.

Since the ward remap process began, Harris has vowed to protect Chicago’s 18 majority Black wards. The Illinois Playbook said it has lost trust in Harris, whom they believed was supposed to be neutral as chair of the Rules Committee.

But Harris, an ally of Mayor Lori Lightfoot, has clashed with Latino aldermen during the process and accused them of trying to circumvent the process. She said in one news report that Latino aldermen will lose if there is a referendum that will be decided by voters.