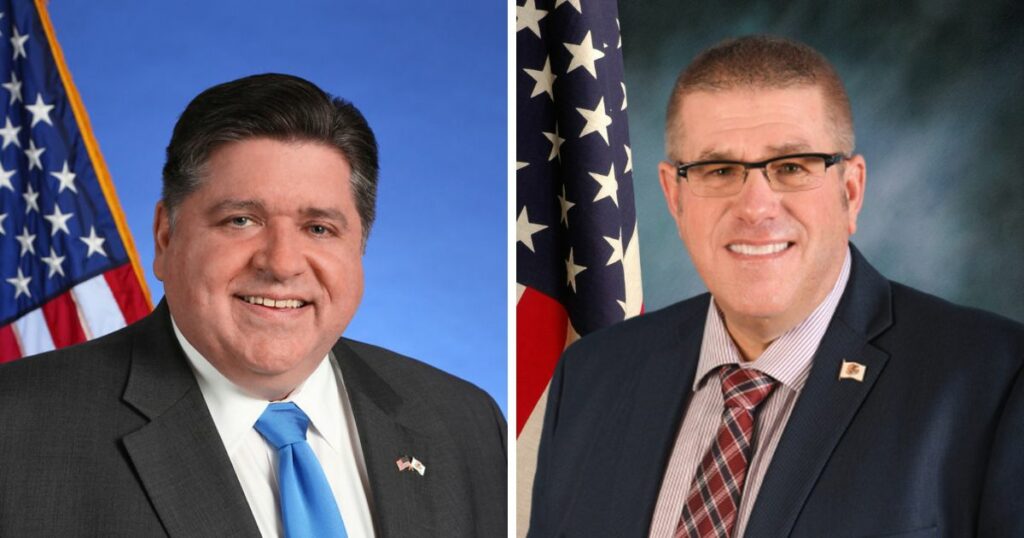 The two candidates for Illinois governor met for the first of two scheduled debates Thursday, October 6, trading political jabs and talking about policy issues from the SAFE-T Act to COVID-19.

Democratic Gov. J.B. Pritzker and Republican Sen. Darren Bailey took the stage at Illinois State University with the issue of crime taking much of the attention.

The SAFE-T Act, the controversial justice and police reform package signed into law last year, places mandates on police departments and eliminates cash bail. Distinct attorneys and communities around Illinois have been going to court and voting to scrap the law.

Pritzker was asked what specific changes he would make to the legislation.

“Everyone deserves to feel safe in their homes and their communities, and honestly crime rose substantially during the pandemic and I take that very seriously,” Pritzker said.

Bailey wants to scrap the legislation entirely just as district attorneys and police agencies have called for.

“They know exactly what this does,” Bailey said. “The SAFE-T Act must be repealed because it lets violent criminals and murderers out of jail before trial.”

Pritzker was asked about the fact that he has issued 36 consecutive disaster declarations even after President Joe Biden declared the COVID-19 pandemic over.

Bailey said shutting down the entire state during the pandemic was detrimental to Illinois businesses and school children and said it can’t happen again.

“What’s good for some of the larger parts of the state is not good for our part of the state,” Bailey said. “Let local governments decide what they think is best for their communities.”

The next gubernatorial debate will be on Oct. 18 in Chicago. The general election is on Nov. 8.