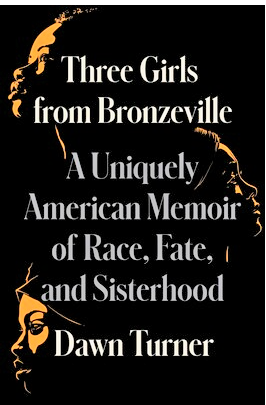 Printers Row Lit Fest, the largest free outdoor literary showcase in the Midwest, is pleased to announce that two-time Pulitzer Prize winner and National Book Award winner Colson Whitehead—author of The Underground Railroad and The Nickel Boys—will appear on the closing day of this year’s festival and discuss his new book Harlem Shuffle in a conversation with Dr. Ivy Wilson.

The Lit Fest will be held Saturday, September 11, and Sunday, September 12, from 10 a.m.-6 p.m. daily, in Chicago’s historic Printers Row neighborhood along Dearborn Street from Polk Street north to Ida B. Wells Drive.

The Whitehead event is presented by the American Writers Museum on Sunday, September 12, at 4 p.m. with 400 pre-signed copies of Harlem Shuffle having been provided to attendees in advance of the book’s publication date, with the support of the Joseph and Bessie Feinberg Foundation. Advance registration has been completed, and all attendees must show proof of vaccination with a valid photo ID on site. Unvaccinated individuals will not be admitted to this event.

Award-winning Chicago journalist and novelist Dawn Turner will open the festival in a conversation about her new memoir, Three Girls from Bronzeville: A Uniquely American Memoir of Race, Fate, and Sisterhood, on Saturday, September 11, at 10 a.m. This is Turner’s third novel, which is a “beautiful, tragic, and inspiring” (Publishers Weekly, starred review) memoir about three Black girls from the storied Bronzeville section of Chicago that offers a penetrating exploration of race, opportunity, friendship, sisterhood, and the powerful forces at work that allow some to flourish…and others to falter.

Turner is a former columnist and reporter for the Chicago Tribune who spent a decade and a half writing about race, politics, and people whose stories are often dismissed and ignored. She served as a 2017 and 2018 juror for the Pulitzer Prize in commentary, and has written commentary for numerous print and broadcast media.

She has covered national presidential conventions, as well as Barack Obama’s 2008 presidential election and inauguration. Turner has been a regular commentator for several national and international news programs, and has reported from around the world in places such as Australia, China, France and Ghana. She spent the 2014–2015 school year as a Nieman Journalism fellow at Harvard University. In 2018, she served as a fellow and journalist-in-residence at the University of Chicago’s Institute of Politics. 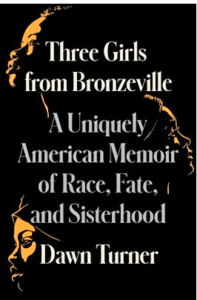 As in past years, the festival presents 100 percent free programming and includes blocks of diverse booksellers, offered rain or shine in tents stretching out over five blocks. Special programs include- a BookTok panel, exploring the growing influence of popular book reviewers and content creators on TikTok; events commemorating the 20th anniversary of 9/11 and the 150th anniversary of the Great Chicago Fire.

I have participated in the Fest, and it is a great event that brings folks from all over the city and the nation, for that matter, to enjoy interesting panels and to shop for books and related items at their hearts’ content. Whether rain or shine, the sense of community is palpable during the Fest.

Health And Safety Protocols: For programs hosted inside tents and indoor venues, masks will be required, and guests over the age of 12 are required to show proof of vaccination or a negative COVID test result within the last 48 hours, along with a valid photo ID. Unmasked children will not be allowed in program tents or indoor venues. All attendees at Printers Row Lit Fest are encouraged to wear masks when not actively eating or drinking, and the Fest is monitoring the latest CDC and City of Chicago guidelines and will follow all requirements to ensure the health and safety of its guests, staff and artists.

Printers Row Lit Fest is produced and created by the Near South Planning Board, with major programming support from Wintrust and significant support from the Robert R. McCormick Foundation; along with additional sponsors, among them, the Poetry Foundation, Chicago Public Library, 4th Ward Alderman Sophia King and Hilton Chicago.

All festival programs are free and open to the public. For more information and the most up-to-date programming details, visit Printers Row Lit Fest.