Then she got pregnant and couldn’t follow her own advice.

Last winter, Ms. Hairston told the human-resources department for Planned Parenthood’s clinic in White Plains, N.Y., that her high blood pressure was threatening her pregnancy. She sent the department multiple notes from her nurse recommending that she take frequent breaks.

Managers ignored the notes. They rarely gave her time to rest or to take a lunch break, Ms. Hairston said.

“I had to hold back tears talking to pregnant women, telling them to take care of their pregnancies when I couldn’t take care of mine,” she said. “It made me jealous.”

Discrimination against pregnant women and new mothers remains widespread in the American workplace. It is so pervasive that even organizations that define themselves as champions of women are struggling with the problem.

That includes Planned Parenthood, which has been accused of sidelining, ousting or otherwise handicapping pregnant employees, according to interviews with more than a dozen current and former employees.

[Pregnant women have faced discrimination at some of America’s biggest companies.]

In interviews and legal documents, women at Planned Parenthood and other organizations with a feminist bent described discrimination that violated federal or state laws — managers considering pregnancy in hiring decisions, for example, or denying rest breaks recommended by a doctor.

In other cases, the bias was more subtle. Many women said they were afraid to announce a pregnancy at work, sensing they would be seen as abandoning their colleagues.

Some of those employers saw accommodating expecting mothers as expensive and inconvenient. Others were unsympathetic to workers seeking special treatment.

At Natera, which sells genetic tests for pregnant women, two former employees, Melissa Blain Johnson and Judit Rigo, said they were demoted while on maternity leave. Ms. Johnson, who has sued Natera, also said that she was left feeling like a “guinea pig” when her boss suggested that she and another pregnant employee pose as patients and get genetically tested by a rival company.

“Ms. Johnson’s employment at Natera was not influenced inappropriately by her pregnancy or subsequent maternity leave,” said Anna Czene, a Natera spokeswoman. “The same was true for Ms. Rigo.”

Before Judit Rigo went on maternity leave at Natera, she trained a junior employee to fill in for her. 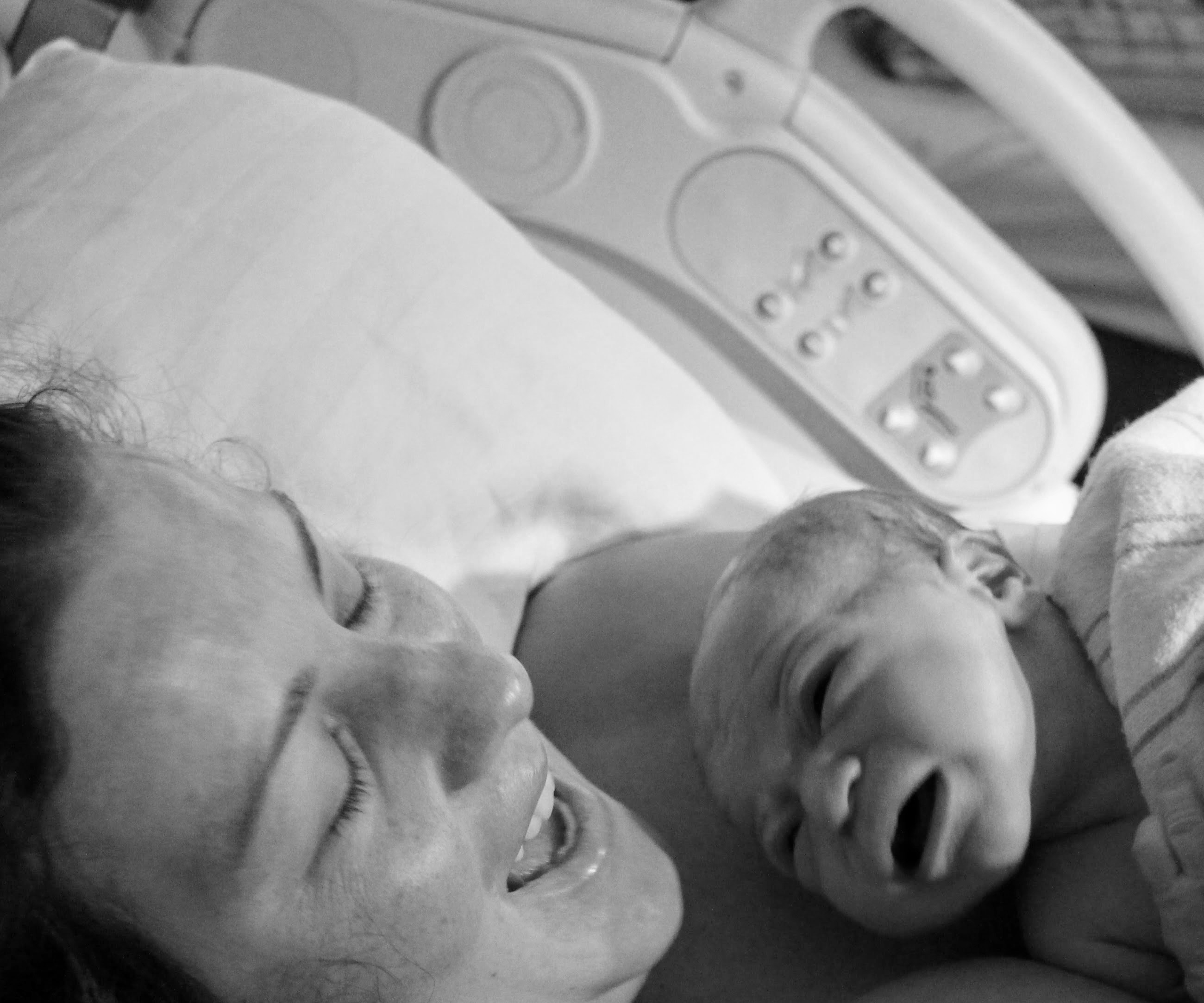 About seven weeks after she gave birth, a Natera executive emailed to say that she would now be reporting to that junior employee.

At Avon, which calls itself “the company for women,” two employees in a cosmetics-testing lab have sued for being forced to handle toxic chemicals while pregnant. A marketing executive, Caroline Ruiz, also said she was fired four days after announcing her pregnancy.

At Mehri & Skalet, a progressive law firm suing Walmart for pregnancy discrimination, three lawyers have accused a founding partner, Cyrus Mehri, of mistreatment. Heidi Burakiewicz said Mr. Mehri pressured her to return early from maternity leave. Sandi Farrell was told to participate in a performance review during her leave, and when she asked to postpone it she was fired. Taryn Wilgus Null said Mr. Mehri questioned her child care arrangements in a performance review after she returned from leave.

Mr. Mehri said he strongly denied the accusations and that no one was mistreated after giving birth. He said that Ms. Burakiewicz’s allegation “is a lie, plain and simple,” that Ms. Farrell had performance problems and that Ms. Null, now a lawyer at the Justice Department, misinterpreted his comments.

Two months into Sandi Farrell’s maternity leave, she was asked to come in to the office for a midyear performance review. 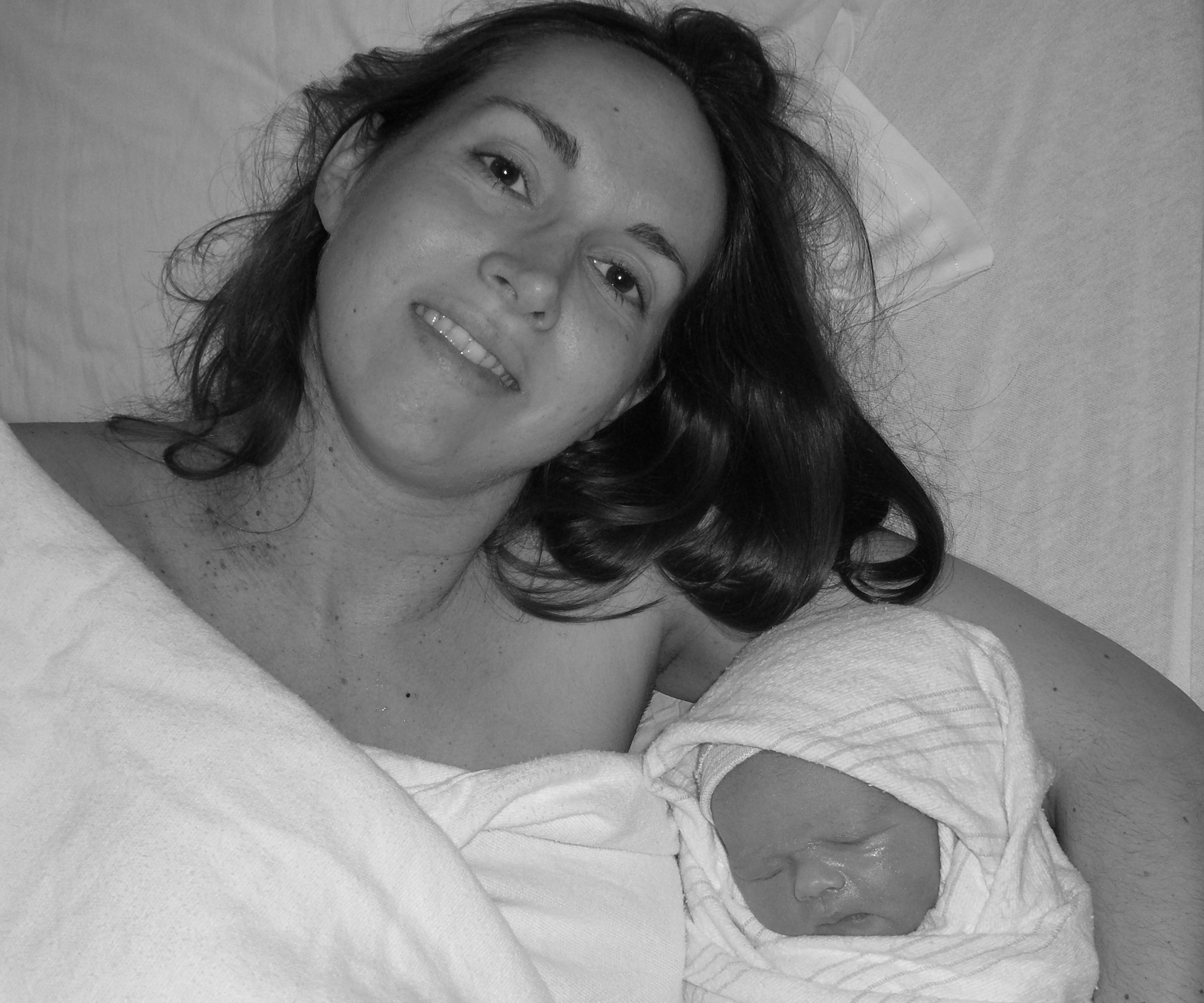 When she emailed back, asking if the review could be postponed until she returned, her boss responded: “We have decided not to continue your employment.”

And at Planned Parenthood, the country’s leading provider of reproductive services, managers in some locations declined to hire pregnant job candidates, refused requests by expecting mothers to take breaks and in some cases pushed them out of their jobs after they gave birth, according to current and former employees in California, Texas, North Carolina and New York.

“I believe we must do better than we are now,” Dr. Leana Wen, the president of the Planned Parenthood Federation of America, said in a statement. “It’s our obligation to do better, for our staff, for their families and for our patients.”

Dr. Wen said the organization was investigating the allegations of pregnancy discrimination reported by The New York Times. The organization also is conducting a review to determine the cost of providing paid maternity leave to nearly 12,000 employees nationwide.

[Why pregnancy discrimination is dangerous to women with physically demanding jobs.]

While Planned Parenthood’s clinics and regional offices brought in about $1.5 billion in fiscal year 2016 — half from private donations and half from the government, to reimburse treatment provided to Medicaid patients — conservative lawmakers routinely threaten to kill its taxpayer funding. With their finances precarious, the clinics pay modest salaries to the employees who provide health care — abortions, cancer screenings, prenatal care, disease testing — to 2.4 million mostly low-income patients every year.

The Planned Parenthood Federation of America has its headquarters in Manhattan. The clinics that serve women are run by 55 regional affiliates with their own chief executives and human resources policies. They receive some money and support from headquarters.

Managers have discriminated against pregnant women and new mothers, according to interviews with the current and former Planned Parenthood employees and with organizers from the Office and Professional Employees International Union, which represents some Planned Parenthood workers.

Dannette Hill, Planned Parenthood’s head of human resources, said that most parents who work in the Miami office have been promoted after returning from leave.

A former hiring manager at a Planned Parenthood in California said that when internal promotions came up, supervisors openly debated whether candidates were likely to get pregnant in the near future and preferred those who were not. They declined to hire one pregnant woman and to promote one new mother, the employee said. (Under the federal Pregnancy Discrimination Act, it is illegal to consider whether a job candidate is or will become pregnant.)

The former manager said her colleagues felt they couldn’t afford to promote someone only to lose them for several weeks.

Financial pressures also explain why 49 of Planned Parenthood’s 55 regional offices — which each manage a set of local clinics — do not provide paid maternity leave. Employees in about 20 of those regions can use short-term disability to earn a portion of their salaries while on leave. The New York headquarters provides six weeks of paid parental leave.

Last year, Christine Charbonneau, who runs the regional office in Seattle, asked her human resources department to find out how much it would cost to cover maternity leave for the region. The estimate: $2 million a year. That is the entire annual budget of some clinics.

Ms. Charbonneau’s office, which oversees 27 clinics in the Northwest, generates $77 million a year in revenue. But states like Washington and Idaho have cut government funding in recent years. Paying for maternity leave, Ms. Charbonneau said, could force her to close clinics.

“It is easy to accuse someone of hypocrisy if you’re not the one trying to find $2 million out of thin air,” she said. “You try to be the Planned Parenthood that donors expect, and yet it is unattainable.”

Planned Parenthood’s policies, though, can make it hard for employees to scrape by after giving birth.

In September, she started a fund-raiser on GoFundMe. On the appeals page, Ms. Hamilton wrote that she was under financial strain because “On top of medical bills I cannot work.” She set the goal at $15,000. So far she has raised $1,995.

Multiple Planned Parenthood executives said in interviews that they were eager for The Times to publish an article about the lack of paid maternity leave because they hoped it would lead to changes in the organization’s policies.

When Ta’Lisa Hairston got pregnant last year, she figured that there would be no better place to work than a place that dealt with expecting mothers every day. 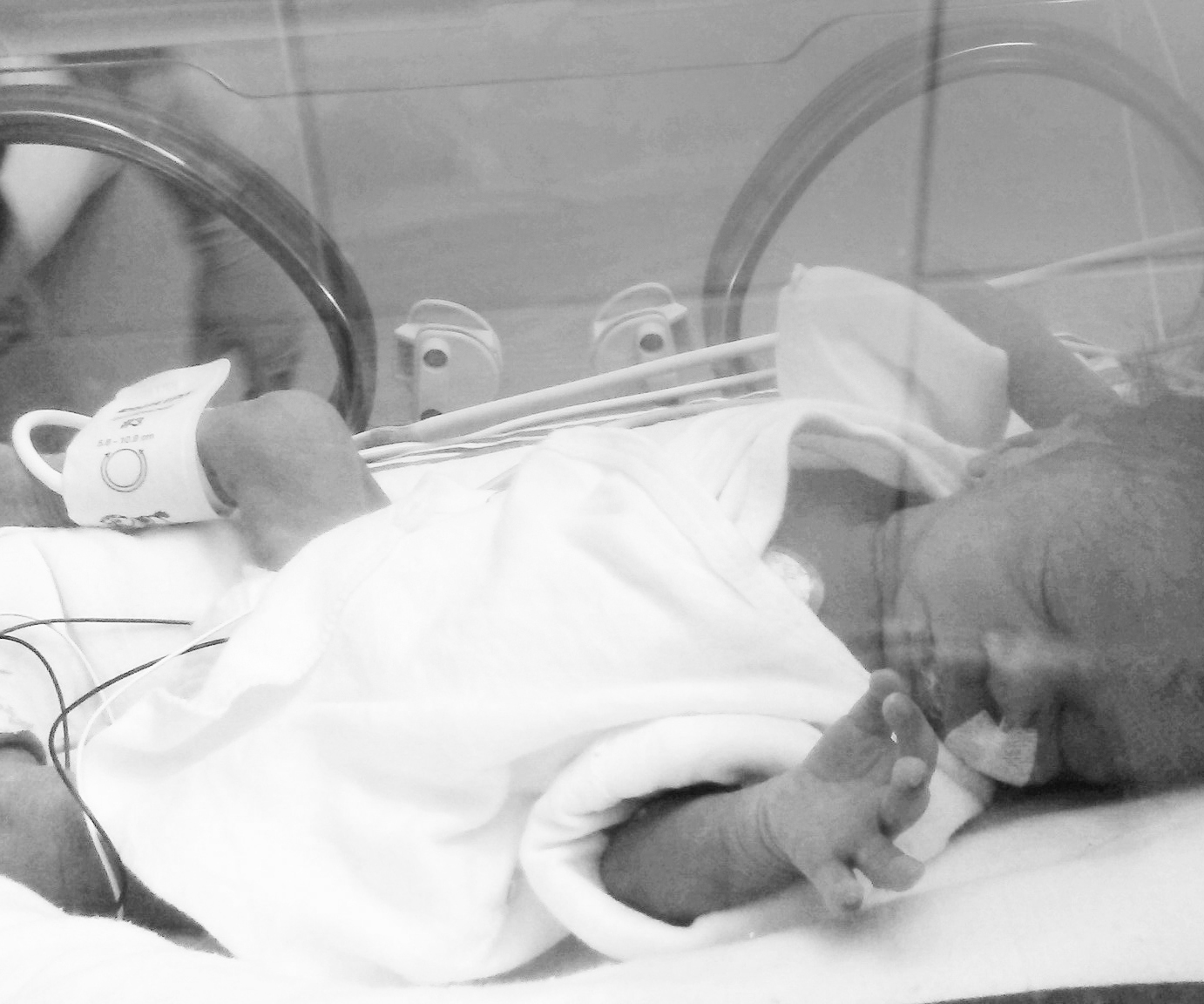 But managers ignored her nurse’s notes urging frequent rest breaks. Two months after giving birth to a premature baby, Ms. Hairston said, they began calling her at home, telling her to return to work early.

Ms. Hairston, the former medical assistant, took the job in 2015 because she believed in the group’s mission. “Planned Parenthood helped me give women a voice to do what they wanted with their bodies,” she said.

Ms. Hairston, 27, counseled women who wanted abortions and checked up on those carrying to term. She said she rarely took lunch and often spent 10-hour shifts on her feet.

She figured that there would be no better place to work while pregnant than a clinic that dealt with expecting mothers every day.

But Planned Parenthood’s Westchester County clinics, overseen by a regional office in Hawthorne, N.Y., had a history of issues with pregnant employees.

Tracy Webber, the former director of clinical services in White Plains, sued the organization for pregnancy discrimination in 2009, saying she had been fired four weeks after giving birth. Planned Parenthood settled for undisclosed terms.

A woman who worked at Planned Parenthood’s New Rochelle, N.Y., clinic and who declined to be named said in an interview that, when she got pregnant last year, managers ignored her doctor’s note recommending frequent breaks. Her manager asked her to delay her maternity leave and, after she gave birth, pressed her to return early.

A medical assistant at the same clinic was fired in May 2018, the day she returned from maternity leave, according to a former human resources manager who oversaw the clinic. Jonas Urba, the woman’s lawyer, said she reached a confidential resolution with Planned Parenthood.

The former human resources manager, who requested anonymity, said that executives assumed that when a pregnant worker brought in a doctor’s note, it was an excuse to work less. People who took sick days were perceived as lacking commitment.

“All the individuals identified in the article were treated fairly and equitably, free of any discrimination,” said Mr. Russell, the head of Planned Parenthood’s Hawthorne office.

When Ms. Hairston asked for regular breaks, including 30 minutes for lunch, her supervisors brushed her off. Ms. Hairston said she sent multiple notes from her nurse at Full Circle Women’s Health to the regional office’s human resources department, stating that the extra breaks were medically necessary. No one responded, and nothing changed, according to Ms. Hairston and the former human resources manager.

Ms. Hairston’s hands and feet swelled; the clinic’s plastic gloves no longer fit. Her blood pressure got so high that her doctor put her on bed rest when she was seven months pregnant.

She returned to work on strict orders to not work more than six hours a day and to take regular breaks. One day in March, she worked a much longer shift. She soon became so sick that her doctor told her to go back on bed rest. A few days later, on March 23, she went to the hospital. Doctors performed an emergency C-section. She was 34 weeks pregnant.

When she had been on maternity leave for eight of the 12 weeks guaranteed by the Family and Medical Leave Act, Planned Parenthood’s human resources department called her multiple times and urged her to return to work early, Ms. Hairston said. She emailed the department and said she felt “discriminated against.” She resigned in June.

“I didn’t get into the medical field to be treated like this,” she said.

The last she heard from Planned Parenthood was a letter asking her to donate money. She threw it in the trash.

Virus slowing down in Black neighborhoods

At least 847 Blacks in Chicago dead from COVID-19