One year ago, Black woman from Auburn Gresham was Illinois’ first COVID-19 victim 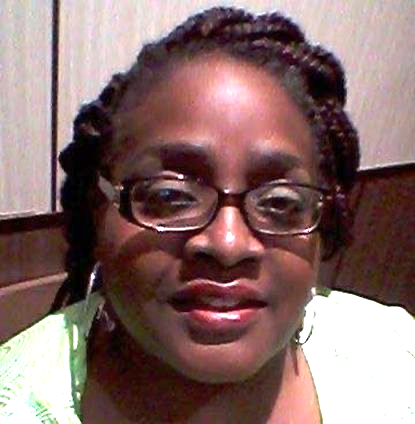 She was a Black 61-year-old nurse from the Auburn Gresham neighborhood who loved church and helping other people. Today, Patricia Frieson’s death remains an important chapter in Illinois history. On March 16, 2020, she became the state’s first resident to die of the coronavirus strain named COVID-19. Three weeks later her sister, Wanda Bailey, 63, joined her in death after succumbing to the deadly disease.

Today, Illinois marks the one-year anniversary of its battle with the coronavirus pandemic that began when Frieson died one day after she was infected with the virus. Three weeks before she died, Frieson in a Facebook post continued to express care and concern for those around her. “Take care everyone,” she said. “May the world recover from coronavirus soon. May all be well and happy.”

Three weeks later, Frieson was gone. She had a history of respiratory problems and suffered from double pneumonia when she was child. As an adult, she used a walker to get around her home on the South Side.

When she died, residents in Chicago and cities in Illinois read her story in newspapers and saw her face on evening newscasts. Rarely had the death of a Black woman grabbed so much attention among whites, Hispanics and just about every other ethnic group. COVID-19 made Frieson more than just a victim, but a grim warning for what was to come.

While relatives and close friends mourned her death, others flooded supermarkets and filled shopping carts with bleach, Clorox wipes, hand sanitizers, toilet tissue and any cleanser they could find.

Fresh into awareness of the dangers inherent in a pandemic requiring the need for personal protective equipment, face masks were hard to find. Home Depot, Family Dollar and Dollar General were the only stores on the South and West Sides to carry them. Most of them were meant to be worn when painting homes, but they flew off the shelves anyway.

For Blacks in Chicago, Frieson’s death sounded an alarm. Before COVID-19 claimed her life, the rumor around town was that Blacks had special genes that made them immune to catching the virus. Spring was in the air and Blacks continued on with their daily lives. When Frieson died, heads turned as Blacks realized that they too were at risk. The jokes gave way to fear and uncertainty.

Immediately after Frieson’s death, Governor J.B. Pritzker issued a stay-at-home order. Weeks later, he canceled in-person learning classes for all Illinois schools, including those in Chicago.

The nation’s third largest city would soon look like a ghost town. The Mag Mile became deserted. Many restaurants and bars closed. Those with take-out service like Daley’s in Woodlawn, struggled to move on.

The annual Spring ritual of turning on Buckingham Fountain in Grant Park was canceled, signaling the end of a summer season that never began. No Black Women’s Expo, Taste of Chicago, Blues Fest, Bud Billiken Parade and African Arts Festival in Washington Park.

The first month into the pandemic, the endless string of deaths was at times hard to bear. The COVID-19 deaths of Reverend Lucious Hall, Crusader columnist Conrad Worrill and Andrew Betts, beloved chairman of the deacon board at Greater St. John Bible Church hit the Black community hard.

On the South Side, Black leaders stepped up calls for more testing facilities in Auburn Gresham, but the real epicenter was South Shore where the disease ravaged nursing homes.

Mayor Lori Lightfoot won praise for her leadership during the health crisis. She created a task force after learning that Blacks and minorities were disproportionally dying at a higher rate than whites in Chicago.

But who can forget the memes that painted her as a tough mayor who shut down the lakefront and guarded it like a pit bull from defiant joggers? And remember when McCormick Place was transformed into a field hospital but quickly came and went. It seems like more than a year since that happened.

In April 2020, as the coronavirus raged in Chicago, Cook County Board President Toni Preckwinkle drew the ire of Blacks after Cook County’s top doctor, Dr. Terry Mason was fired without an explanation. That same month, Preckwinkle drew protests and negative stories in this newspaper for closing Provident Hospital’s Emergency room. Weeks later, she reopened it.

Many of us began working at home. Numerous trips to the refrigerator gave us bigger waistlines. Pajamas replaced suits and offices closed. With movie theaters closed, global subscriptions to Netflix, Hulu and Disney Plus soared into the tens of millions.

Newspapers and television newscasts gained the highest audiences they had seen in years. Traffic on the Crusader’s website quadrupled with thousands of hits on stories about a disease hardly anyone knew about.

On April 2, 2020, two weeks after the pandemic struck Chicago, the Crusader published its first online story about Blacks contracting the virus. Titled, “At least 848 Blacks in Illinois have COVID-19,” the story drew over 11,000 hits within 30 minutes, an unprecedented mark for a small Black newspaper.

The biggest story of the year and even the century, we were bombarded with stories of the virus on television and newspapers. At times, we wanted to avoid the media, but we could not resist watching or reading compelling stories that were too important to miss.

Since it struck Illinois one year ago, about 20,781 people have died from COVID-19, including 11,065 Blacks, according to the Illinois Department of Public Health. In Chicago, COVID-19 killed 5,019 residents, including 1,939 Blacks.

Today, everyone is talking more about vaccinations than testing and COVID-19 cases.

Life is slowly returning to normal in Chicago as vaccinations swing into high gear. On the one-year anniversary of the pandemic, supermarkets are less crowded, shelves are stocked with household cleaning items and the lakefront is once again open. Wrigley Field and Guaranteed Rate Field are preparing to have fans at their stadiums during baseball games.

On Tuesday, March 9, the parking lot at the United Center on the West Side opened as a mass vaccination site, where officials aim to innoculate 6,000 residents a day.

The Johnson & Johnson one-shot vaccine is now available and expected to be a major factor in stopping the virus.  A Crusader analysis shows 32 percent of residents in 19 predominately Black zip codes have received at least the first shot of the Pfizer and Moderna vaccines.