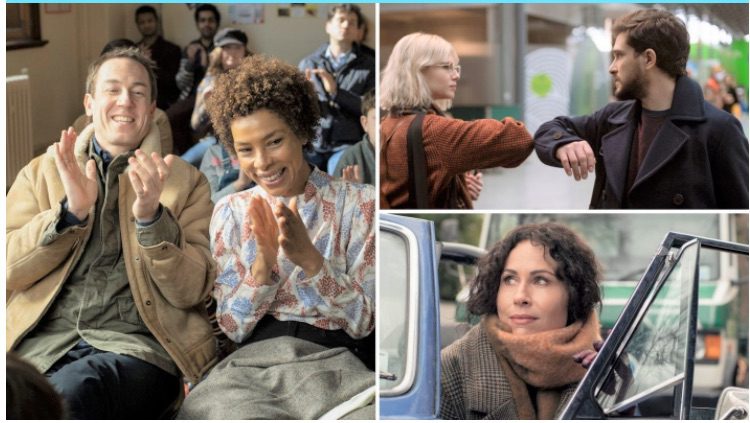 The Amazon Original series “Modern Love” returns for an eight-park Season 2 on Friday, August 13, with another impressively star-studded cast and new stories of love and relationships in all their complexities and beauty, inspired by The New York Times column of the same name. The season was filmed in Albany, Schenectady, and Troy, New York and Dublin, Ireland, and will premiere on Prime Video later this year in more than 240 countries and territories worldwide.

Love breaks all the rules. Each episode of this anthology series brings to life different stories of relationships, connections, betrayals and revelations—all inspired by true events. Minnie Driver, Tom Burke, Gbenga Akinnage, Sophie Okonedo, Tobias Menzies and Dominique Fishback, of “Judas and the Black Messiah” fame, also appear in one of the episodes.

I enjoyed last season of Modern Love, and this season was just as enjoyable. I don’t know why I marvel at other people’s romantic love stories, but a few of the episodes in this series that I was able to screen offered much hope during a time that seems like never ending situations of despair.

“Strangers on a Train” stars Kit Harrington and Lucy Boynton on a train ride to Dublin just at the start of the pandemic. Leaving modern conventions to the wind, they agree to meet again at the train station in two weeks. No phone numbers, social media account information or addresses. But as fate would have it, the pandemic lockdown forbids them both from meeting at the appointed time. They both must be inventive in trying to reconnect.

In “The Night Girl Finds a Boy,” Gbenga Akinnage—whom I have enjoyed in many movies and television series—falls for a woman who has a disposition that compels here to sleep all day and find her wellness in staying awake through the normal nighttime hours. The two find cohesion at the beginning, but eventually Akinnage (Jordan) grows concerned because Zoe, played by Zoe Chao, won’t budge to stay awake during the day to enjoy things that he does. But before that, the couple is able to hit the night life and spots, as much as he can stay awake. After a bit of friction, Jordan figures out how to accommodate his new love in a bigger apartment that “lets the sunshine in.”

Sophie Okonedo and Tobias Menzies star as a couple in “Second Embrace, With Hearts & Eyes Open” who are divorced but begin a fling after they find a bit of a spark while co-parenting their two daughters. Elizabeth and Van are careful in their interactions, but after a bit they sneak time together when the two girls are at dance practice or other activities. But after a while, reality strikes, and Elizabeth receives a life-altering diagnosis, and the two find that the entire family will be better served if they reunite and live in the same home.

“On a Serpentine Road With the Top Down” stars fan favorite Minnie Driver, whose husband has been deceased for a while, but she holds onto his convertible that they had enjoyed as a young couple. She is remarried now with a grown daughter. To make ends meet, she and new hubby need to cut costs. And selling this vintage car is one way for Elizabeth to help out. But can she, or better yet—should she? She is haunted, in a good way, with the great memories she shared with her late husband, and she is equally blessed with great understanding from her new hubby.

“Modern Love Season 2” premieres on August 13 on Amazon Prime Video. For a look at the trailer, search [https://tinyurl.com/ux6b6frz].