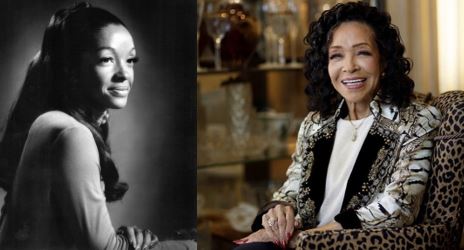 It is a rainy day here in Chicago as we mourn the passing of Chicago media legend and civic leader Merri Dee. We, here at The HistoryMakers, celebrate her incredible life. It was her beauty both inside and out, her class—yes, she was a class act—and most of all, it was her giving spirit that helped so many here in Chicago and beyond. We interviewed Merri Dee on July 25, 2000, the year of our organization’s founding when we were still very much in our formative stage. But she would “adopt” our little organization, finding $50,000 in funding for us that first year from the McCormick Tribune Foundation so that we could do video oral history interviews of African American leaders in the media and entertainment industries.

Always one to “walk her talk”, she and N. Don Wycliff secured for us a subsequent $200,000 grant from the McCormick Tribune Foundation. She was one of our trusted confidantes and advisors and defended us when others did not initially understand our mission. Whether it was hosting a program, participating in The HistoryMakers Back to School, or pitching in when we needed her sage advice, Merri Dee was always there for us.

A look back at her life, starting with a traumatic childhood that had her living on her own by age fourteen, shows why. She said: “I learned three very important words during that time period. ‘I need help.’ My granddaddy used to say, ‘If you need anything, just ask somebody. Somebody will always help you.’ And I began to use those three little words, and people just started to reach out and help.”[1] Likewise, she also recalled how “my grandfather always said, ‘You have to volunteer. And when you give it out, you clean out your closet. And when you clean out your closet, it’ll just come back to you. You’ll always be very wealthy.’”[2] These are words she would live by as she taught others to live by them.

Merri Dee’s decades old broadcasting career started at Chicago’s WBEE Radio in 1966. WBEZ radio personality Richard Steele stated: “Merri Dee use to do jazz radio at WBEEand they sent out… this audition call for an announcer at WGN […I still have the letter… where I was one of the finalists (laughter) for this position and when I went over there, there were about five or six of us who were finalists… and they certainly couldn’t of had a better choice than Merri Dee.”[3] Radio DJ La Donna Tittle’s remembered how Merri Dee assisted in her start: “[I] just graduated from Chicago State University …I was going to the [Chicago] Art Institute to get my master’s… and I had just gotten my certificate from Midwestern Broadcasting School… And they [WBEE Chicago] said, ‘If you can find your way out to Harvey, Illinois, you can come out there and start doing some of our public service announcements.’ I’m like, ‘Okay.’ …It wasn’t until I was on… a voice-over audition, and I met Merri Dee [HM], and she said she had worked at [W]BEE. And I said, ‘Oh, the general manager was saying… I could do… some voice-overs…’ So, she showed me the way.”[4]

That would end up being her way—counseling and providing openings for others. Fashion designer Jermikko Shoshannah Johnson was invited to appear on the Merri Dee show on Channel 44/WSNS-TV: “I had read about her, and I got a call… that she wanted to have me on her TV show… I remember… she was so pretty, and she had on this pink and white very tiny check dress that had a white ruffle around it. And when we got through talking for our interview, I said to her, ‘Ms. Dee, may I ask you a question?’ And she said, ‘yes.’ I said, ‘how did you learn to speak so well?’ Because where she was, was where I wanted to get. And she said, ‘I practice.’ …And I never stopped practicing after that day. So I was determined that one day Ms. Dee would be my friend, and she is.””[5]

Noting her New Orleans background, Merri Dee cultivated her signature style early on working as a model for the Shirley Hamilton Agency: “Being able to look around and see other people… going to work and dressing nice and being clean and women smelling good and having their hair combed… I wanted to be all of that… I was fascinated by those Creole women… their dignity, and my grandmother and how she sat, and how she walked down the street and they held their heads up high and shoulders were thrown back. I speak about that now when I speak to children and immediately I say, ‘Sit up in your seats.’ I want them to get what I got. It wasn’t money that gave me that. It wasn’t anybody telling me how wonderful I was. Somehow because of all of those people, I became who I am now. I saw that as my opportunity to volunteer for the world.”[6]

In 1972, Merri Dee was one the first African Americans hired as a reporter with Tribune Broadcasting Company’s WGN-TV. News anchor Robert H. Jordan, Jr. added: “I was the second black on the air at WGN, about the same time that [HistoryMaker] Merri Dee was in programming… She beat me there by about four months. And Merri… was famous here in Chicago [Illinois] as a radio personality and also television at one of the other stations before she came to WGN.”[7] Merri Dee also spoke of that period: “I remember coming here in a very prejudicial time period when there were no black folks or if there were, they weren’t doing much. And I came here with notoriety… And I remember preparing myself, not just for the newscast, but for the people who were rather cold, indifferent. I had to be a big girl… a survivor. And so all of my life’s experiences had really prepared me for being here… there were no women… when I first came here… women could not wear pants in the building… when I heard that, it was the first day… and there was a young man named Norman Mark… [with] the [‘Chicago] Daily News’. He did an interview with me, and I remember in my innocence saying to him, not thinking about what he would print, ‘Can you imagine? Women can’t wear slacks. They can put them on outside and in below zero weather, they can come inside, but they have to go the ladies’ room and take them off…’ And he printed that… I thought, well my gosh I got hired, and I’m going to be fired immediately. I was chastised, but I wasn’t fired. But they changed the rules.”[8]

Merri Dee had been hired at WGN just a year after the brutal attack on her by a gunman that almost took her life: “As a victim of a horrendous crime like that, you really didn’t have any rights… What came out of that was a desire to change the laws. And change the law I did. I met Jesse White, who was a [Illinois] state representative then, and I remember saying to him how dirty it made me feel as a victim that I had been re-victimized by the system… and I never wanted to see anybody else, no other family members, no other people who had become victims of crime to be like that… So, first thing I needed to do was not to refer to myself as a victim, but as a survivor… I fought for a victims’ bill of rights for the state of Illinois, and the first one in the world came right here in Illinois. So we have a lot to be proud of. It has changed a lot… It made me feel that I could do anything, just[like] my grandfather and my dad said. I really could make a difference in peoples’ lives.”[9]

Adoption also became her cause: “I was absolutely… appalled that there was one judge hearing adoption cases… [So] it goes on the bottom of the docket, and the children languish in the system… for years and years… That changed very quickly so that those cases would be heard immediately… if I can say that I’m proud of one thing, it is finding homes for children… WGN-TV stepped up to the plate, gave a million dollars in airtime the very first year… [And in] the seven and a half years, almost eight years that we have been involved with this adoption program [“The Waiting Child”] here that I have the privilege of hosting… more than 50 percent of the children have found homes… The biggest reward is when a parent walks up to me in the grocery store and says, ‘Can I hug you. I adopted this kid, and she changed my life.’ Or when a child walks up to me and says, ‘You know I’m adopted. You know that don’t you?’ As though I know each one of them by name and face. It’s been wonderful. It brings tears to my eyes when I think about it… And I adopted a young man, so I am not only Toya’s [Monet, Dee’s daughter] mother, but I’m the mother of a young man… attorney Richard Wright. He’s married and has children. Very fine young man who, like me, gives back.”[10]

In addition to “The Waiting Child” adoption TV program, Merri Dee also was a favorite host for Chicago fundraising events including the United Negro College Fund and Easterseals. During her tenure, she raised $31 million for WGN’s charity initiatives before her retirement in 2008. In addition, she founded Athletes for a Better Education, and served on the boards of AARP, Ronald McDonald House Charities, Junior Achievement Worldwide, the Associated Colleges of Illinois, The National College Summit, and the Illinois State Attorney’s Council on Violence.

It would be Merri Dee who would convince her friend, multi–Grammy Award winning singer Nancy Wilson, to sit for an interview for The HistoryMakers: “My special friendship with[HistoryMaker] Nancy Wilson. Boy, that goes thirty years or more (laughs). We met when I was a disc jockey. We were both young mothers, struggling. She was on the road taking care of her children, calling up long distance… And we just struck up a friendship through being mothers… It wasn’t about music. We talked about being able to cook good food, and taking care of your family, and opening up avenues for other people, helping them get in the door.”[11]

Merri Dee was a true friend, and she will be genuinely missed. Fly on Merri Dee, fly on with your spirit-filled life. You gave so much to so many.