On July 8, 1918, Robbie Harris Y. Patton, a remarkably driven and altruistic individual, was born in Clarksdale, Arkansas. Robbie was the adored daughter of Elmeater Nelson Harris and Frank Harris. She and her younger sister Alice Harris, who preceded her in death, were raised in Little  Rock, Arkansas and Memphis, Tennessee. Robbie attended and graduated from Booker T. Washington High School in Memphis.

She moved to Gary, Indiana and later Chicago, in 1936 following her high school graduation.

Robbie was skilled in cosmetology services as she was a trained hairdresser. She went on to acquire additional training, attending the Kelley Massages Institute. She then worked as a therapist at Kaplan’s Community Center in Skokie, Illinois.

Sometime later she accepted a job at the Crane Packing Company in Morton Grove, Illinois, spending many dedicated years at the Crane Company before retiring in 1969.

At age 15 Robbie joined the Newport Baptist Church. Leaving the South, her faith carried her to First Baptist Congregational Church in Chicago where she was a member for more than 30 years. Robbie, a beloved leader of the church, served on the Mothers Board.

Her faith inspired her engagement in the community and a commitment to volunteerism. She was a volunteer for Little Brothers Friends of the Elderly Chicago Chapter for more than 27 years. She was also a member of the Nonagenarians Family, a volunteer for the Girl Scouts of America, and also dedicated her time to the Battered Women and Wayward Girls organization.

When not volunteering, Robbie could be found sewing or reading a book by one of her favorite authors such as Maya Angelou or Danielle Steele. Always purposefully busy, she devoted time to traveling, and visited many states in the U.S., as well as enjoying international travel to countries such as Jamaica and Bermuda.

Robbie always carried with her the spirit of her late husband Johnnie Patton and her late daughter, Bobbie M. Reese.

Having witnessed over 18 presidents during her life, Robbie was not  only a great source of knowledge but imparted this rich history she had lived and enjoyed sharing.

Alert as always, she took the time to write Vice President Kamala Harris, the first female, and woman of color, a congratulatory letter at the seasoned age of 103.

Robbie leaves to carry on her legacy, five generations of relatives, her close friends, church family, and volunteer organizations where she devoted her time and made a difference.

She made individuals she took inside her circle feel that her relationship with them was the most important and subsequently that person became a member of her extended family.

Listing every person within her circle would take longer than this program permits.

Even Dr. Cay, her physician for many years, was regarded as a member of her family, as well as were many of the nurses at the Presence Saints Mary and Elizabeth Hospital, especially the home visiting nurses.

As family matriarch, Robbie’s legacy heirs include Verneice Taylor Grace, age 94, her cousin and the matriarchal head of the St. Louis family connection, who grew up with her in the south like a younger sister.

Robbie’s patriarchal legacy heirs include her cousin Huella (Ross) Deggans of North Carolina and Indiana. Equally inspiring to the patriarchal family, her reach extended to a host of other Ross family members located throughout the United States which represents Robbie’s father’s family – the Ross family connection. 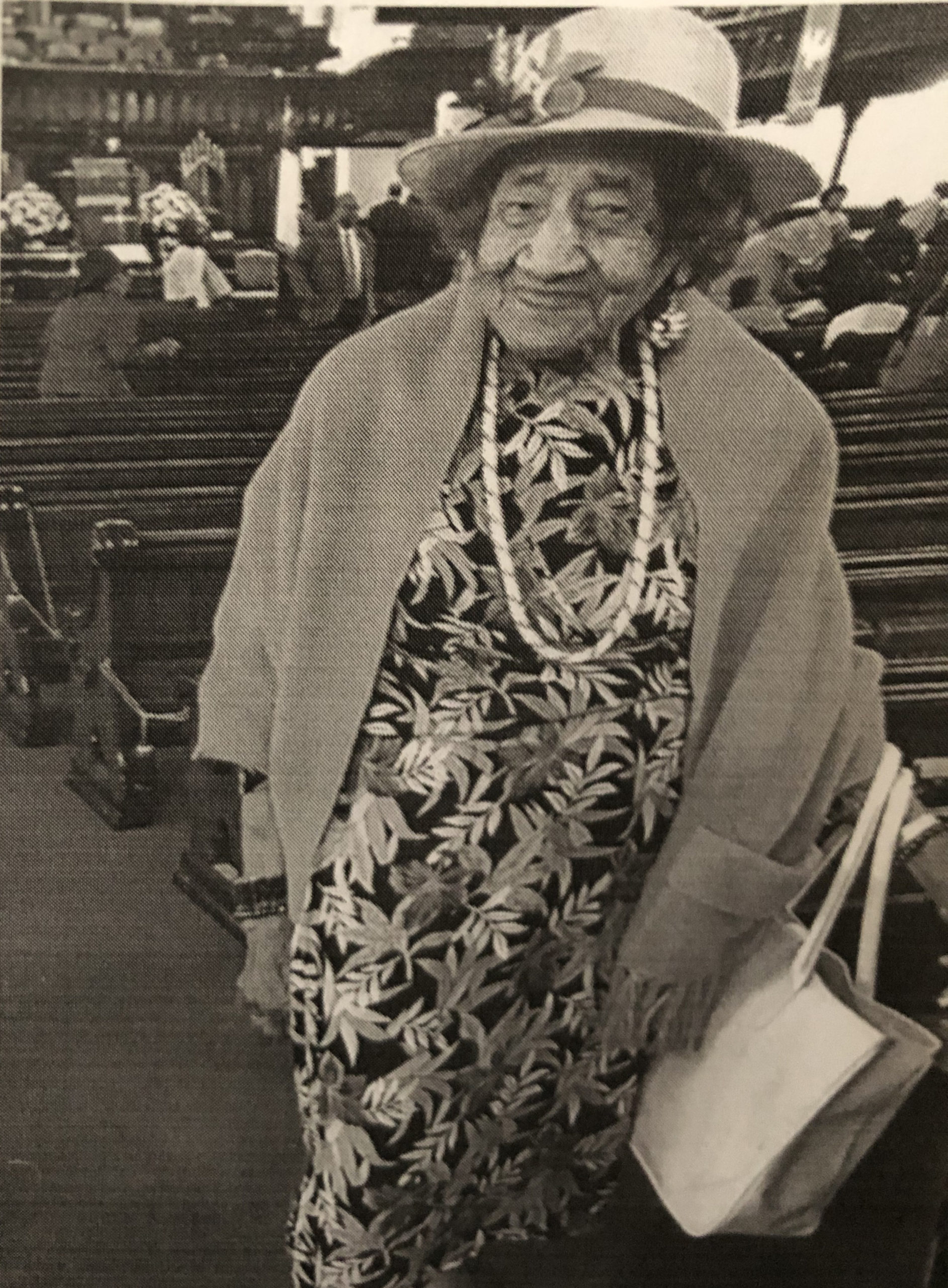