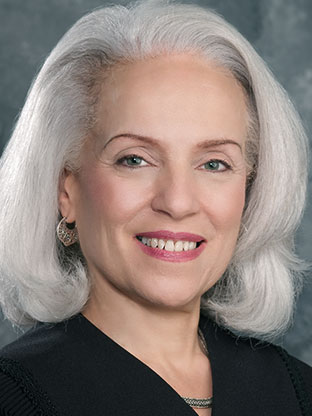 The Hon. Sophia H. Hall has been appointed interim acting presiding judge of the Chancery Division. Judge Hall fills the role left by the recent retirement of the Hon. Moshe Jacobius, according to Chief Judge Timothy C. Evans.

Judge Evans said he is interviewing candidates for the Chancery position, and that Judge Hall will serve until a permanent candidate is found. She has been serving in the Chancery Division for approximately half of her more than forty years on the bench, and has been serving as administrative presiding judge of the Resource Section of the Juvenile Justice and Child Protection Department since 1995.

“I’m deeply honored and privileged to be asked by the chief judge to serve the Circuit Court of Cook County in this capacity,” said Judge Hall.

Judge Hall received her law degree from Northwestern Pritzker School of Law and her Bachelor of Science degree from the University of Wisconsin at Madison.