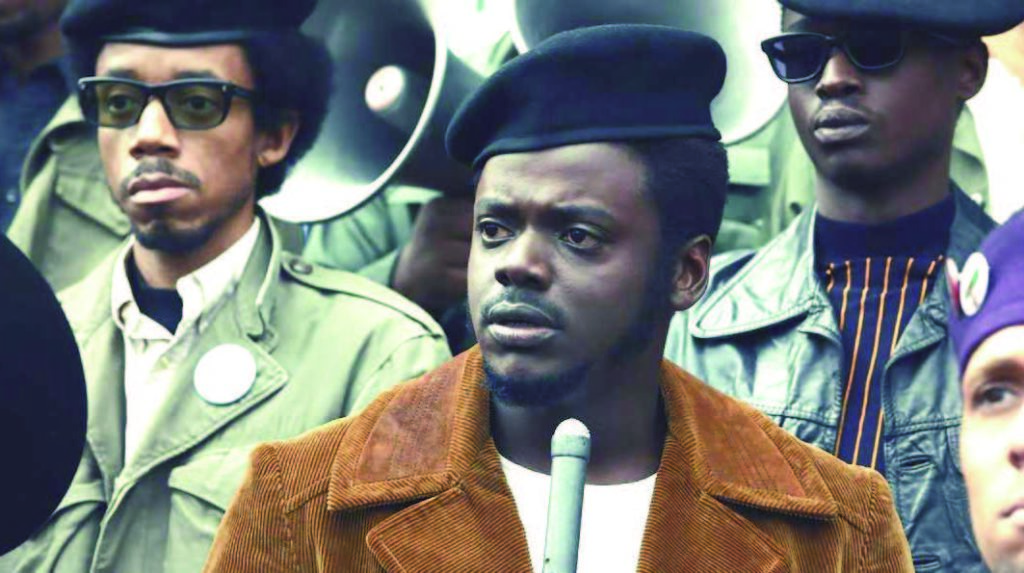 In early 1989, William O’Neal participated in a taping for the civil rights television series “Eyes on the Prize II.” During the episode, O’Neal discussed how he was recruited to be an informant for the FBI in Chicago, thereafter infiltrating the Black Panthers. It was all in a deal that O’Neal made to avoid a trumped-up prison sentence after his crimes had caught up with him in 1968.

This episode aired on television on January 15, 1990, and later that evening O’Neal, who was 40, jumped onto the Eisenhower Expressway on the West Side of Chicago—with coroner reports ruling his death a suicide.

The true-life events that led O’Neal to his demise are highlighted in the upcoming Warner Brothers film “Judas and the Black Messiah,” covering a re-telling of the bloody pre-dawn December 4, 1969, raid on the West Monroe Street apartment of the Chairman of the Illinois Chapter of the Black Panther Party (BPP) Chairman Fred Hampton.

After a fusillade of 99 bullets shot by Chicago police officers and FBI agents, which was sanctioned by then-State’s Attorney Edward Hanrahan, young Hampton and fellow BPP comrade Mark Clark had been assassinated; and six other people were wounded, including Chairman Hampton’s fiancée Deborah Johnson, who was pregnant with the couple’s son. And although it would also later be reported that the BPP members only got off one shot, seven members were eventually charged with attempted murder against the police officers.

Four years later, in 1973, it was revealed that O’Neal was the troubled informant who had become close allies with the Illinois Chapter and who had provided a blueprint of the apartment to the FBI—in exchange for his freedom and a monthly stipend.

Eventually, lawsuits were filed by BPP members, and the city was found to have obstructed justice and conspired to have Chairman Fred murdered. The result years later was cash settlements to members of the Illinois Chapter and the mothers of Hampton and Clark.

In the film, O’Neal is expertly played by LaKeith Stanfield, and Chairman Hampton is played by Daniel Kaluuya. A career thief, O’Neal revels in the danger of manipulating both his comrades and his handler, Special Agent Roy Mitchell (Jesse Plemons). Hampton’s political prowess grows just as he’s falling in love with Johnson (Dominique Fishback). Meanwhile, a battle wages for O’Neal’s soul. Will he align with the forces of good? Or subdue Hampton and the Panthers by any means, as FBI Director J. Edgar Hoover (Martin Sheen) commands?

The history of the BPP has always been intriguing. The social justice organization rallied for improved education for Blacks, as well as helped people secure reliable jobs, legal aid, and safe and adequate housing. The Chicago branch, as did others, ran a food program that fed breakfast to neighborhood youth, as well as worked to open a medical center—the aim was independence from city-run organizations and the community members doing for themselves.

The Crusader was able to screen the film before its release and participated in a virtual press conference—interviewing Stanfield, Kaluuya and Cultural Expert Chairman Fred Hampton Jr.

He likened his speeches in the film to poetry and shared that he even studied with an opera coach to be as close to Chairman Fred’s speech and mannerisms as possible, to give audience members the full essence of the Chairman. “I had to see him as a brilliant man with a big heart. I had to grow to inhabit the words and the thoughts that he had,” Kaluuya said. “I found the Black Panther reading list. I had to understand the mindset and the ideas that were around that time.” He mentioned that he hopes his diligence has paid off. “I did all that I could in order to create a map in the universe of ways to get closer to being a vessel of Chairman Fred.”

“He had a different cadence when he did speeches. I saw in his speeches that they were a talking version of singing, as opposed to a singing version of talking.”

On the sidelines listening in on those speeches, while trying to gather as much information as he could,  O’Neal pretended to be an admirer of Chairman Fred. Before shooting the movie, Stanfield studied the “Eyes on the Prize” interview, as well as old court transcripts, while keeping in mind that O’Neal eventually committed suicide. “I think because he committed suicide sort of colored the way that I approached the character. He may have felt bad about what he did, but I had to continue to play the role. Since I knew that he cared, I incorporated that into the performance,” Stanfield said.

Stanfield agreed that O’Neal was impressionable and got caught up in a snowball effect. “If you were good at what you did, you were handsomely paid for it—especially if you were poor, and you thought that the money was good. The deeper you got, it became less about information, now we have to get some people locked up. And next, we have to get some people hurt, now we have to incite some violence.  Before you knew it, there was no turning back [for O’Neal].”

He further described his feelings: “He was a mischievous individual, and he wasn’t connected to the movement. There were some Blacks who didn’t care about the Black Panthers, and I love the fact that the film hints to this kind of person who wasn’t ‘rah rah’ with it.  Some people were in a gray area, and O’Neal was a unique kind of character.”

Fred Hampton Jr., who for years has also been known as Chairman Fred, thanked the Crusader for its long-standing support, before telling me that “Judas and the Black Messiah” had his complete support, while other interpretations of his father and the movement have come up short.

“There have been a number of attempts to write unauthorized movies. This legacy is more important than our life, and it is a long labor of love,” he said. “The script and title show respect to the struggles that we have had.” He continued: “[Producer] Ryan Coogler fought to make sure that the politics of the Black Panther Party were maintained.”

“There was a war being waged against this organization, and when duty called, Mark Clark was the Defense Captain of the Peoria chapter,” Chairman Fred explained, when I asked whether Clark being in Chicago that night was just circumstance. “We have always put the people’s needs and the Party’s protocol before our personal needs.”

The film also presented the budding love story between Chairman Fred and his fiancée. This softer side of Chairman Fred was appreciated. I believe that it showed another side of this powerful leader, when media reports worked hard to cast the organization as terrorists. When I mentioned this to Fred Hampton Jr., he said that the BPP didn’t abide by state laws regarding marriage. He considered Johnson, who gave birth to him less than a month after the raid, to be his late father’s wife.

A film of this importance and magnitude had many moving parts to bring it to fruition, besides the talent on the screen. Dr. Raymond Winbush (aka Tikari Bioko) is the Research Professor and Director, Institute for Urban Research, at Baltimore’s Morgan State University. He provided research for the project and shared these thoughts: “I was charged to get images of the housing, businesses, cars, busses, etc., of 1969 from archival research that was scattered all over Chicago. This included where Fred was killed. Set design was very important for the film.”

Dr. Winbush, who was good friends with the late Crusader columnist Dr. Conrad Worrill, added: “It is a powerful film about Fred Hampton, and the FBI and Chicago Police Department’s complicity in his assassination. It is also about the person who betrayed him. It is rare that we see films about those who became tools of the SOWS and caused our deaths.”

Finally, he said: “I am glad I had a part in this powerful film and hope that it will spark discussions on two issues: 1) the extraordinary legacy and leadership of 21-year-old Fred Hampton and 2) the horrific price that one pays for becoming a tool of the SOWS, (System of White Supremacy).”

In line with this misconception of white supremacy across the nation now and then, Hoover labeled the Black Panthers as “the single greatest threat to our national security.” Chairman Fred contradicts this: “We offer ourselves up as service to the people. He [my father] didn’t pass away, he was assassinated.”

“Judas and the Black Messiah” is a great history lesson, as well as great entertainment with stellar performances. The film will be released in theaters nationwide on February 12 and will be available in the U.S. on HBO Max for 31 days from its theatrical release. Check out the trailer by searching [https://www.youtube.com/watch?vs=-SjtGqRXQ9Y&t=3s].