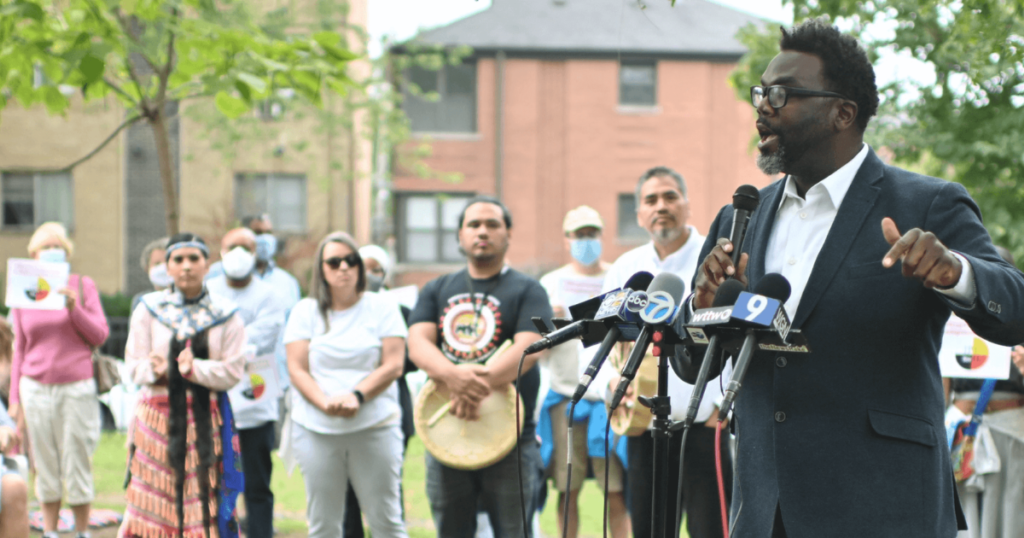 Brandon is an educator, coalition builder, and the transformative leader that Chicago needs and deserves

The Illinois Federation of Teachers’ (IFT) Executive Board has voted to endorse Cook County Commissioner and IFT Vice President Brandon Johnson for mayor of Chicago. Johnson announced his candidacy for mayor during a press conference on Wednesday, November 9, 2022, in Chicago’s Loop.  Below is a statement by IFT President Dan Montgomery.

“Chicagoans have an opportunity to vote for an educator, a visionary, and an ardent fighter for our working families in Brandon Johnson. Being a public-school teacher taught him to listen, engage, and collaborate, not build walls to divide. As many continue to struggle to recover from the pandemic – especially in our Black and Brown communities – bold leadership with an eye toward racial equity is imperative.

“Brandon understands that for students and families to be successful, they need well-resourced school communities, after-school programs, holistic violence prevention programs that address the root causes, mental health supports, and affordable housing. He believes that everyone must have a seat at the table to ensure that Chicagoans are not just surviving but thriving.

“As a dedicated public servant raising his children in the Austin community, Brandon knows firsthand the urgency of this moment. He understands the need for equitable policies that benefit not only the wealthy downtown areas, but the backbone of Chicago – neighborhoods like Austin, Englewood, and Little Village – which have consistently been deprived of resources.

“In Brandon, Chicagoans will have a mayor that will listen and engage. He is a consensus builder and the transformative, progressive leader that Chicagoans need and deserve.

“On behalf of the 103,000 members of the IFT, we are so proud and excited to endorse our union brother, Brandon Johnson, for mayor of Chicago.”