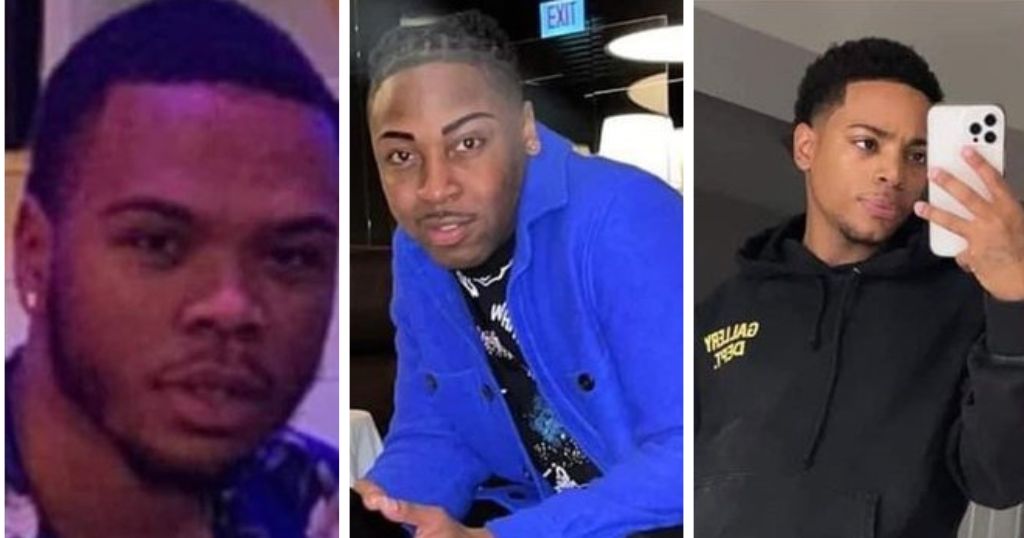 The victims were identified as Jaylen Ausley, Donald Huey and Devonta Vivetter.

The violent deaths of three young Black gay men in Chicago were the result of a car intentionally running them over this past weekend and may qualify as a hate crime, local authorities suggested as they conducted a search for a suspect.

The three men — identified as Jaylen Ausley, 23, Donald Huey, 25, and Devonta Vivetter, 27, were the victims of a fatal hit and run while they were standing outside of a popular gay bar in Chicago’s South Shore neighborhood early Sunday morning, local news outlet WGN reported.

The driver of the car was still at large and had not been apprehended as of Tuesday morning.

Please keep their families lifted in prayers!!!!! What happen to them this past weekend in #Chicago is sick!!!!Rest In Peace 23-yr-old Jaylen Ausley, 27-yr-old Devonta Vivetter and 25-yr-old Donald Huey…🖤 pic.twitter.com/UeNuHuApUl

Police reviewed video footage from the scene and said the violence was seemingly “intentional,” though there was no mention of a motive.

“It appears to be intentional based upon what everyone has seen,” CPD Chief of Detectives Brenden Deenihan told reporters.

The footage was made public and shows a silver sedan speeding through the group of people. The footage is graphic and should be viewed with discretion.

#BREAKING Chicago Police are investigating a deadly hit-and-run incident near 71st and Jeffrey in the South Shore neighborhood.

The incident happened in the 7000 block of South Jeffery around 5 a.m., according to police.

Until a motive is determined, law enforcement officials said they cannot consider it to be a hate crime.

The violence in Chicago served as a microcosm of a much larger issue as there has been a significant uptick in hate crimes particularly against the LGBTQ community in recent years, data shows.

An FBI report in 2020 showed that hate crimes against the LGBTQ community accounted for the third-most hate crimes in the U.S. after those based on race and religion, in that order. Advocates have long worried that such data is woefully incomplete since local law enforcement agencies are not legally mandated to report such crimes to the FBI.

The 19th, an independent news outlet covering gender, politics and policy, reported last year that members of the LGBTQ community who are also people of color were most at risk from the recent uptick in violent crimes and questioned why the FBI data doesn’t specifically address those particular demographics.

“… The FBI’s interactive data doesn’t give a snapshot of the intersections, the race of people who also experienced violence stemming from anti-lesbian, gay or bisexual bias,” the 19th reported. “Without that representative data, anecdotal experience is often the only way to advocate for change.”