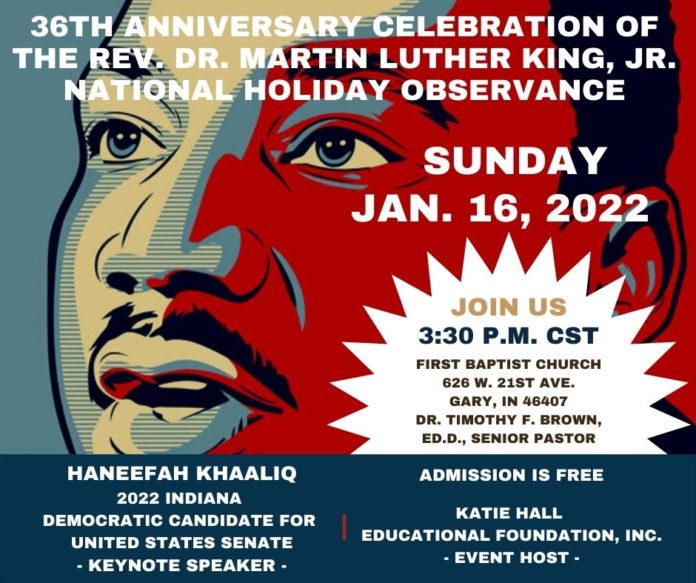 The Keynote Speaker is Haneefah Khaaliq, the 2022 Indiana Democratic U.S. Senate candidate. Admission is free and open to the public.

U.S. Representative Katie Hall (D-IN-1), circa 1982-85, was the first African-American elected from the state of Indiana to serve in the United States Congress.

Since 1986, the Dr. Martin Luther King, Jr., National Holiday has been observed on the third Monday in January each year.

The day is celebrated, according to the King Center in Atlanta, Georgia, by millions of Americans, and in some form, in more than 100 countries around the world.

Civil rights leader Reverend Dr. Martin Luther King, Jr., is the only African-American to be honored in the history of the United States Congress with a national holiday.

Dr. King is also the only American to be honored with a national holiday in his name alone, Black or white, not even Presidents Lincoln and Washington share this distinction.

The Katie Hall Foundation looks forward to welcoming each of you as we celebrate the 2022 Dr. Martin Luther King, Jr., National Holiday!

Please be mindful that masks are required in the Church sanctuary at all times. COVID-19 protocols will be strictly adhered to during this program as well. 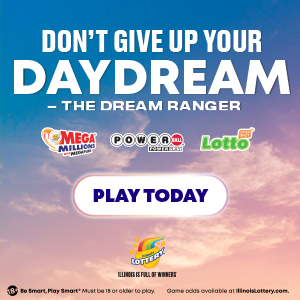 1K Phew & Lecrae Release “MOVE” New Single/Video from their ‘No...