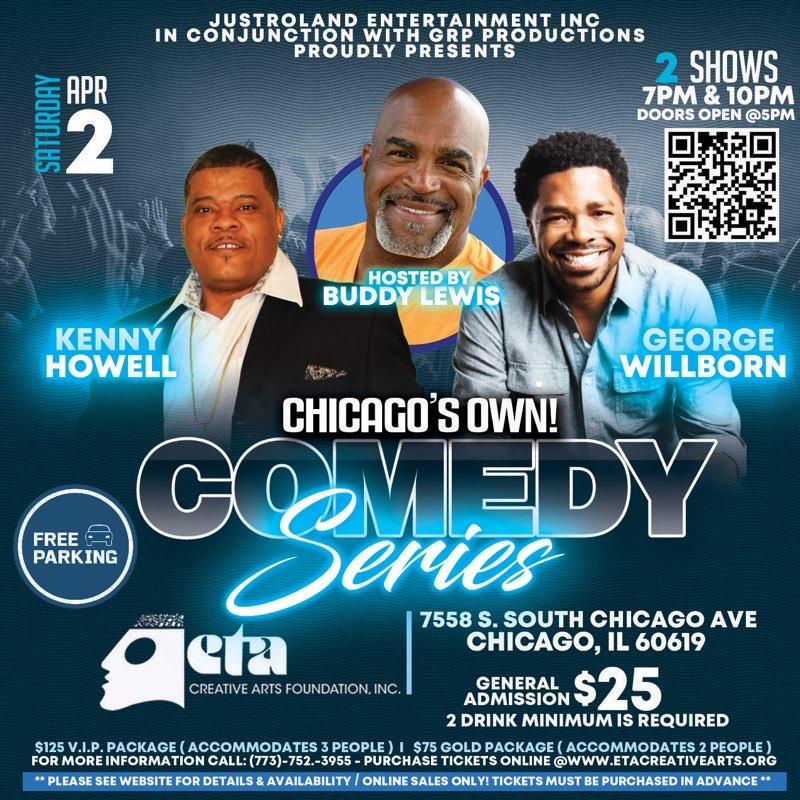 Despite his decades long career as a Hollywood comedian and actor, Buddy Lewis has not forgotten his Gary, IN roots. His most recent project is in Chicago, and he is inviting all of Gary, Northwest Indiana and Chicagoland to join in the fun. The first Saturday of each month, Lewis is hosting comedy shows at the ETA Theater, 7558 S. South Chicago Ave. featuring Chicago-born comics.

“The pandemic dealt some hard blows to the theater industry,” said the West Side High School and Howard University grad. ” The ETA theater is a widely-known venue that has been featuring Black talent for more than 50 years, giving artists like me a platform to showcase our talents. I am doing my part to ensure this continues.”

Lewis says the monthly shows will continue through the end of summer followed by a brief hiatus for renovations to the theater. The April 2nd shows, which take place at 7:00 p.m. and 10:00 p.m., feature Chicago favorites Kenny Howell, George Willborn and Lewis as host.

Lewis is also working with the production team on the return of the hit series “The Real House Husbands of Hollywood” and is set to appear in several films later this year.

“I have been afforded many opportunities and blessed to travel to many places, but there’s no place like home,” said Lewis. “It would make me so proud not only to fill every seat in support of the ETA theater, but to see my Gary people in the house. I promise it will be a fun outing that you can plan to attend every month through August.”

General admission is $25, and VIP packages are also available. Parking is free.

Tickets must be purchased online at https://bit.ly/3KLUWdj. For more information, visit https://www.etacreativearts.org/.