‘Fire Shut Up in My Bones’ comes to Lyric 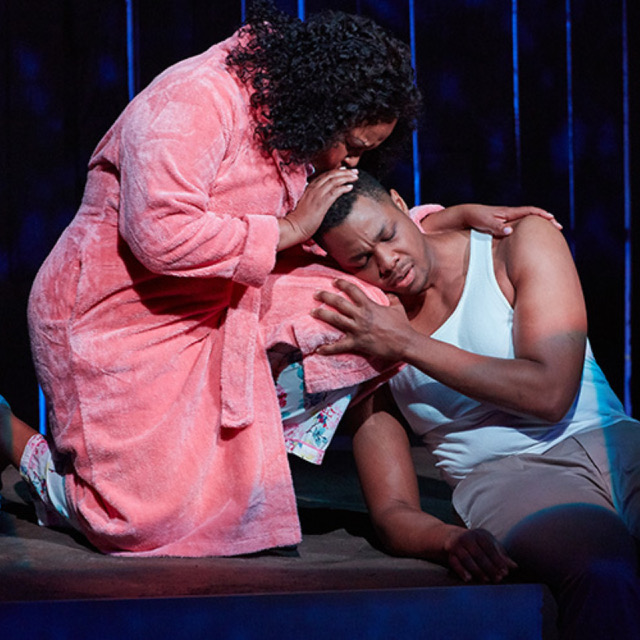 Lyric Opera of Chicago is proud to present the Chicago premiere of “Fire Shut Up in My Bones,” a new opera from six-time Grammy Award winner Terence Blanchard and Kasi Lemmons, based on the memoir by New York Times columnist Charles M. Blow.

The opera, which runs from March 24 – April 8, 2022, follows young Charles, a “child of peculiar grace,” on his inspirational journey to becoming a man. Audience members are taken through the turbulent 1970s in rural Louisiana, where Charles faces a chaotic home life and self-doubt on his path toward college and ultimately to self-acceptance. It is an opera that looks and sounds like America, as seen through the lens of Black culture and told by Black storytellers.

“Fire Shut Up in My Bones” brings together an extraordinary collection of talent—composer Terence Blanchard, one of the most influential figures in American jazz, whose score is a fusion of opera, jazz, gospel, and other musical traditions; first-time librettist Kasi Lemmons, a celebrated screenwriter and film director; and a topflight cast, including many of America’s most brilliant singing actors, including Will Liverman, an alumnus of Lyric’s Patrick G. and Shirley W. Ryan Opera Center.

When the opera had its New York premiere at the Metropolitan Opera last year, it instantly became the must-have ticket for the fall. Chicago audiences will soon discover why.

Blanchard’s dramatic and heartfelt music combines with Lemmons’ elegant and poignant libretto to set the stage for James Robinson and Camille A. Brown’s cinematic direction and Brown’s dazzling choreography to create a singularly profound and moving experience. “Fire Shut Up in My Bones” is an opera for today.

The opera is adapted by Blanchard and Lemmons from the 2014 memoir of the same name by Charles M. Blow, current anchor for the Black News Channel. In his book, Blow traces the arc of his life from his troubled childhood to his formative experiences in college to his journey to becoming one of the most respected public figures in the country.

Latonia Moore stars in her Lyric debut as Charles’s mother, Billie, a role she sang to thunderous acclaim at the Met; Jacqueline Echols stars in her Lyric debut in the roles of Destiny, Loneliness, and Charles’ girlfriend Greta; Chauncey Packer is reprising his role as Spinner, Billie’s womanizing husband, in his Lyric debut; and Chris Kenney, an alumnus of Lyric’s Ryan Opera Center, returns in the pivotal role of Chester, Charles’ abusive cousin.

Only six chances to see the show all of Chicago will be buzzing about: March 24, 27, 29, April 2, 6, and 8. (The performance on March 29 was recently added to the schedule due to extraordinary demand).

“Fire Shut Up in My Bones” is performed in English with easy-to-follow projected English titles above the stage.