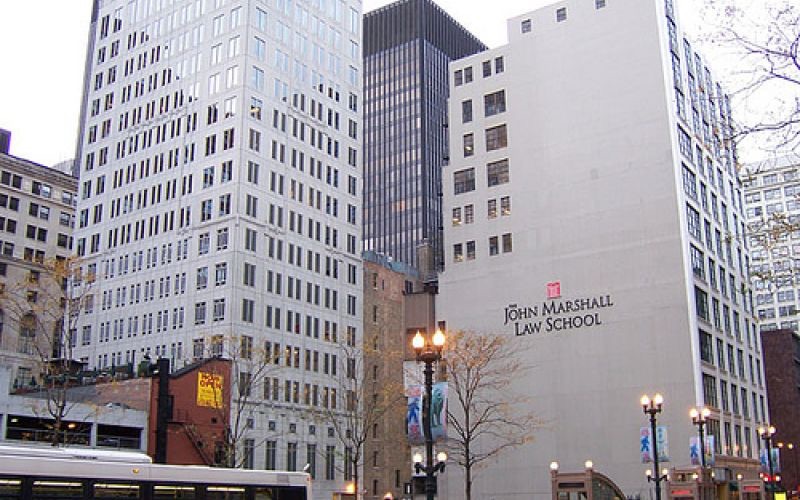 A racial slur and degrading word on an exam at John Marshall Law School has angered Black students who are demanding that the University of Illinois Board of Trustees acts swiftly to address racial problems amid rising tensions among its students.

Blacks at the school say they feel mistreated based on race and ignored by the UIC-JMLS administration.

The question included the following: Employer’s lawyer traveled to meet the manager, who stated that she quit her job at Employer after she attended a meeting in which other managers expressed their anger at Plaintiff, calling her a ‘n____’ and ‘b____’ (profane expressions for African Americans and women) and vowed to get rid of her. Later, Plaintiff’s lawyer served an interrogatory demanding the identity and location of any person with any information related to the termination of Plaintiff’s employment at Employer or potential discrimination against Plaintiff by Employer or any agent of Employer. Can Employer identify the former manager but properly withhold her location, as this is the product of a significant amount of work and expense by Employer’s attorney?

Black law school students said after seeing “n____” and “b____” on the Civil Procedure exam, they were shocked and suffered distress and anxiety while taking the test. They say use of the words that are often used to demean Black people and women on this Civil Procedure exam was highly offensive.

In response to criticism from members of the UIC-JMLS Black Law Students Association (BLSA), in a letter to the Crusader, they said Kilborn recently stated that he is “fully prepared to accept responsibility for using a context and first-letter abbreviated reference that caused anyone to feel distressed.”

Black law students say Kilborn still misses the point. They say replacing a few letters of these words with an underscore did not excuse “his extremely poor judgment and lack of empathy.” The students also said in a letter to the Crusader that the question was culturally insensitive and “tone-deaf.”

The students also said Kilborn has not issued an apology to his students and the Black Law Students Association. The students said Kilborn “displayed unmitigated gall by arguing that he is the victim, while lecturing students of color on how they should react to racial-based trauma.”

During a telephone interview with the Crusader, Kilborn said he did apologize and that the abbreviated words on his exams were not intended to offend or hurt anyone.

“These students’ complaints are completely valid and totally legit,” Kilborn told the Crusader. “I don’t want to make anyone feel uncomfortable for any reason.”

He said he used the same words on his exams in the last decade and never had a problem with it. In fact, Kilborn said Black students in the past thanked him for addressing an issue that is rarely discussed in law school.

But with police shootings and a growing number of white supremacists’ groups, today’s racial climate is more intense than in years past.

Kilborn said the students who were offended never spoke to him about the abbreviated words. He said he does not agree with their calls for his termination and is getting tired of the fallout.

“They keep attacking me over and over again,” he said. “It just didn’t occur to me that I would get this type of reaction. I’m utterly dumfounded and surprised that anyone would have a problem with this.”

The Black students said the UIC Law faculty and staff have been silent after the incident and have not done enough to hold Kilborn accountable.

The students are demanding that Kilborn be terminated for use of the abbreviated words.

The letter said the students recently held a virtual meeting with Dean Darby Dickerson. They said they informed Dickerson that Kilborn indicated to a student that he was “feeling homicidal” after learning of the students’ complaints about the racial slur and degrading word on his exam.

The students said they were told that Kilborn was placed on suspension for that remark, despite Dickerson previously informing the BLSA students that she had no authority to sanction or otherwise discipline tenured professors.

Dickerson did not respond to an email by press time Wednesday, February 17, for the Crusader’s print edition.

The students are also demanding: