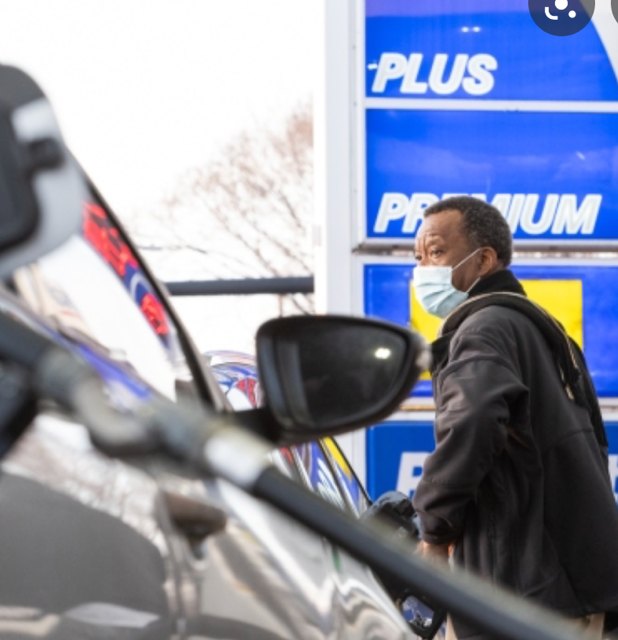 If you thought by getting up at midnight and parking in line at one of 48 area gas stations, you’ll be one of the first to get Dr. Willie Wilson’s $1 million worth of free gas Thursday morning, you had to think again because this time it wasn’t happening.

Dr. Wilson held an 8:30 a.m. press conference to kick off his $1M gas giveaway, which started at 7:00 a.m. He pumped his gas at the BP gas station located at 5201 W. Cermak. When he originally announced the giveaway there were 50 stations but that didn’t change the success of the giveaway.

“The need among the community is so great. Soaring gas prices have caused a hardship for too many of our citizens. The average price of regular gas has gone well over $4 a gallon for the first time in nearly 14 years and is now up nearly 50 percent from last year. The war in Ukraine, a ban on Russian oil, and high taxes are contributing to rising fuel prices,” Dr. Wilson said.

While Dr. Wilson and his manager, Attorney Richard Boykin, had set some rules for Dr. Wilson’s second historic $1 million less-pain-at-the-gas giveaway, motorists began lining up as early as 4 a.m. However, all motorists were given numbers, according to Boykin who told the Chicago Crusader this second gas giveaway will be proper and in order with each motorists getting $50 worth of gas and a notepad. He said this second gas giveaway should accommodate 400 cars.

“We’ve been coordinated with the Office of Emergency Management and Communications, the Chicago Police Department, the Cook County Sheriff’s police, the Mayor’s Office of Intergovernmental Affairs. “This is the largest gas giveaway by a single individual in history and in the state of Illinois,” Boykin said.

“We’re going to issue numbers for cars. Each gas station will have $20,000 worth of fuel they can give out, and we expect that amount will accommodate about 400 cars,” Boykin said.

They can’t block driveways. The police will make sure people can get out of the driveways. They are going to make sure that roads are closed and that there is only one way into the gas station and one-way out.

And, there are more rules. “There will be no gas cans allowed so people can’t come and fill up their gas cans,” Boykin said. When asked if that happened, Boykin said, “We had a guy who got about $30 worth of gas. That is the amount his car would hold; so, he pulled out a gas can and said, ‘Can I get $20 worth of gas in here?’” Boykin said the man then proceeded. ‘I said, what? I am not going to pump it in there.’” The man told Boykin, “Well, I’ll do it” and began pumping the $20 remaining gas allotment into his gas can “and wasted gas all over his shoes because he missed the gas can,” Boykin said.

Gas stations will close for one hour after the gas giveaway is over, according to Boykin, so the gas owners can assume their normal operations. The city’s Office of Emergency, Management and Communication will provide support for 12 gas stations in Chicago, and the Chicago police will be at all the stations.

Asked his feelings about this second $1 million gas giveaway, Boykin, who is running for Cook County Board President, said, “I think it will run much smoother because of the coordination between the city, county and agencies, as well as with the mayors of suburban Cook County.”

Dr. Wilson has also donated face masks and monetary donations to many South Suburban West Suburban communities and downstate communities like East St. Louis, Peoria, and Rockford. Dr. Wilson has personally donated $1 million to help people who have lost their jobs due to the COVID-19 pandemic, he has donated $1 million to help 1,000 churches. Dr. Wilson continues to walk the streets handing out money to homeless people.