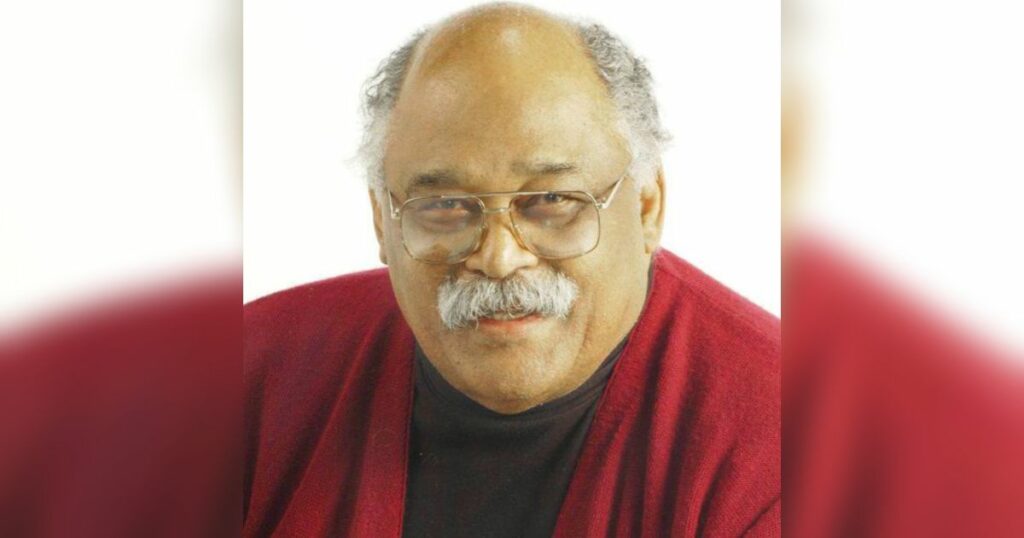 The impact of a master teacher is difficult to measure. Data-driven pundits insist on a direct correlation of standardized test scores or some similar yardsticks of convention. In truth, it is impossible to quantify the ripple effect of inspiration.

Earlier this week, a Bloomington church just off the campus of Indiana University was packed with celebrants, not mourners, bidding fare-well to a giant – IU professor emeritus William H. Wiggins Jr., who transitioned at the age of 82, after an extended illness.

In 1968, the same year I graduated high school and enrolled at IU, Dr. Wiggins arrived in Bloomington with his wife, and 3-year-old daughter to enter the doctoral program in IU’s Folklore Institute. His arrival could not have been more timely.

Dr. Wiggins became one of the original faculty members for the university’s newly-launched African-American studies department and quickly became a stalwart presence in the department, collaborating to develop the basic introduction to the department’s curriculum.

He created another course that remains a staple offering more than four decades later -The Black Church in America. Having just declared a double minor in Afro-American Studies and English, I registered for his first class.. In my mind, and the thoughts of hundreds if not thousands he has taught, Dr. Wiggins was the quintessential image of the cool, intellect, principled and caring as an educator; a model worthy of emulation..

To frame his importance to Black students, you need to appreciate the culture shock experienced by most urban students when they go from predominantly African American educational backgrounds to being 2 or 3 percent of the student population. And make no mistake, southern Indiana has a checkered past when it comes to the history of race relations in the state.

On the first night my roommate Mark Powers and I checked into McNutt Quad residence hall, we desperately sought someplace to eat. We stopped a white stranger and asked for directions to the closest fast-food restaurant. He meticulously provided directions to a nearby McDonald’s that took a two or three-mile journey to reach. It wasn’t until conversing with an upper classman the next day that we discovered the malicious misdirection and that the restaurant was actually less than a half mile away, taking a less circuitous route. We still chuckle about it today.

Later that first week, about 15 or 20 freshmen were walking to a welcome-to-campus party at the Kappa House when a convertible filled with white boys drove by, shouting “niggers” as they squirted urine from water guns – striking a few of the sisters in the group – before speeding away laughing.

Incoming African Americans also had to adjust to often being in classrooms with more than a hundred students with only two or three scattered faces of color. It was easy to go days without seeing another Black student on campus.  And caustic rapport between Blacks and some white faculty, staff and students exacerbated the dilemma.

There were, of course, many white faculty, staff and students in Bloomington who were welcoming to all and instrumental in my student journey. But the challenges were real. And so was the need for heroic Black faculty and staff like Herman Hudson, Joseph Russell, Portia Maultsby, Rozelle Boyd, and Jimmy Ross to help African American students succeed.

Dr. Wiggins was far from being oblivious to the climate. But his approach was empowering, rejecting victim mentality. Dr. Wiggins said: “It’s sad to say, that there is still a perception by some prospective students, as well as alumni, that IU has not been an optimal place for minority students. When potential students raise the topic with me, I ask these questions: ‘Is there any place in America which is free of racism? And is it possible to achieve anything worthwhile without undergoing some risk?’

Long after being my teacher, Dr. Wiggins was a sage, role model, counselor, inspiration, friend to me. I never missed an opportunity at an IU event to seek him out in a crowd. More often than not, he was with his equally incredible wife, soulmate and best friend Dr. Janice Wiggins. His challenging conversation, infectious sense of humor, unceasing concern and encouragement never waned.

Dr. Wiggins embraced the Lord, his family, his people and Indiana University. He retired from the university in 2003 after 34 years of teaching. He leaves a legacy of legions of lives changed.

Of the many acknowledgements I’ve been blessed to receive, none has more meaning than the 2006 Covered Bridge Award in 2006 – the highest award given by the IU Groups Scholars Program. When Dr. Wiggins called to inform me, I was overwhelmed. After all, nothing surpasses the respect and love of someone for whom you have nothing but respect and love. RIH Dr. Wiggins. 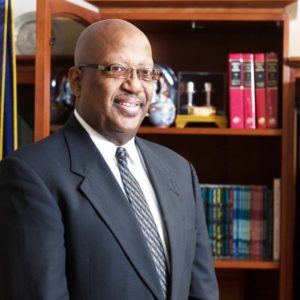