Cong. Davis says: The real fight will be after the GOP selects the House Speaker 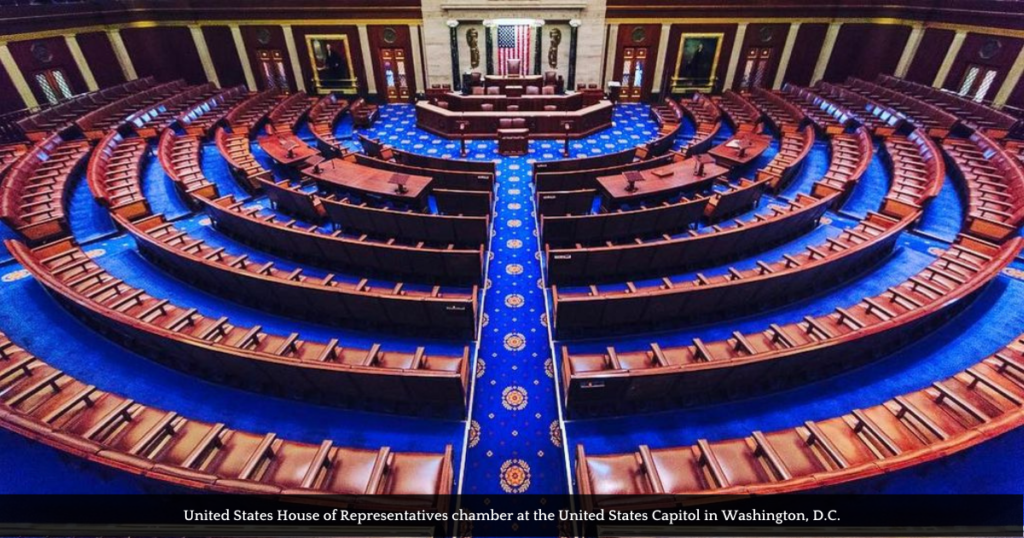 At Crusader press time, the House had voted to adjourn, for a second time on Wednesday, January 4, 2023, rather than attempt a seventh vote. There were three unsuccessful attempts to select a Speaker of the House earlier that day. The House is scheduled to convene again at 12 p.m. ET on January 5.

Since Wednesday, there have been a total of six rounds of votes taken by the 433 representatives in the House to elect the next Speaker of the House with the results being very similar each time.

While his political career was going down in flames Tuesday, January 3, 2023, after three unsuccessful votes to become the next Speaker of the House, Republican Leader Kevin McCarthy (R-CA) refused to wave a white flag after losing to Democratic Leader Hakeem Jefferies, (D-NY) 203 to 212 resulting in a stalemate and adjournment.

While Republicans now control the House, they remain deeply divided over the leadership abilities of Leader McCarthy, even after they agreed on a “motion to vacate” rule that was used as a carrot to support McCarthy as Speaker. Many of his peers felt he is not conservative enough. 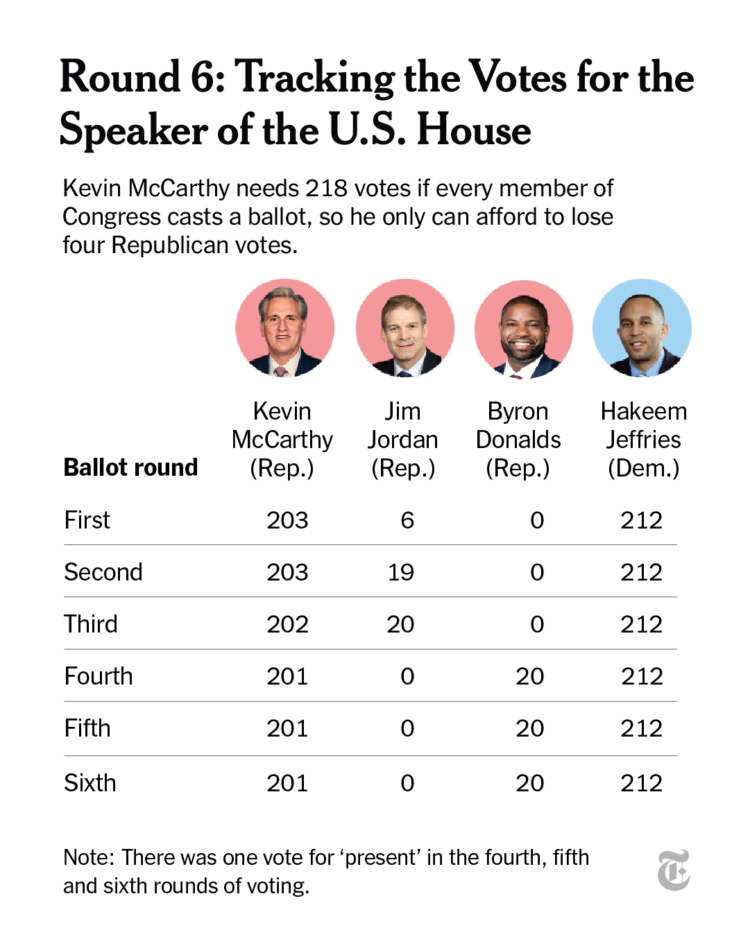 As a result of the stalemate, House members cannot be sworn into office until a Speaker of the House has been elected.

For the first time in 100 years, a second and third ballot vote for the Speaker of the House had to be taken Tuesday for the opening of the 118th Congress where 19 Republicans defected and voted for others rather than their own leader, McCarthy, who failed to get the coveted 218 votes needed to become Speaker of the House.

On Tuesday, Jeffries received 212 votes to McCarthy’s 202 votes prompting McCarthy to immediately call for a second ballot vote where he again lost, including 19 party line defections. On the third vote, McCarthy received 20 GOP defections, the newest being Representative Bryan Duncan from Florida. His right-wing peers voted for Representative Jim Jordan (R-OH) who does not want the post.  After three failed votes, they finally agreed by a voice vote to adjourn.

Reached moments in Washington, D.C. after the adjournment, Congressman Danny K. Davis (D-7th) told the Chicago Crusader he was saddened over the results and predicted the Republicans will finally unite around a Speaker by tomorrow, though it may not be McCarthy because they do have the numbers.

“The reality is we came here to vote. Our main responsibility is to vote,” Congressman Davis said. “The Republicans are uncertain about the direction they want to go with some wanting to go one way and others another, but the real deal is when it is over, there will still be Democrats and Republicans. The Republicans won the majority in the (2022) election. What happens after an election is always depending on those who are in charge, and the Republicans are in charge (of the House).”

“We’re going to be playing a lot of defense because they are going to try and dismantle as much of the good stuff we’ve done over the last four years,” stated Congressman Davis. He went on to say that the Republicans want to cut the child tax credits, money to rebuild the infrastructure, and money to get rid of lead pipes “so people don’t have to drink contaminated water.”

Congressman Davis  referred to his bills, like H.R. 1588 that reduces child poverty; H.R. 926 which provides emergency funding for home visiting programs during the pandemic and for other purposes; and H.R. 7830, which provides protections to Social Security and Supplemental Security income beneficiaries relating to extra payments due to the COVID-19 pandemic and other purposes.

“We have to defend…like the Bears. You can’t have a 20-point lead and end up losing the game,” Congressman Davis said. “We got to protect all of those gains that we made during the last two years. I’m still excited, delighted, but they will still have a Speaker, and he will be a Republican.”

The fact that the Democrats did not get the Speakership “breaks my heart,” he said. In the last election, Congressman Davis said three additional seats won would have given the Democrats control of the House, the Senate and the presidency.

When President Lyndon Johnson and other Democratic presidents were in control, Congressman Davis said, “We got Medicare, Medicaid. Before, senior citizens were dying because they couldn’t get health care.”

When he was growing up in Parkdale, Arkansas, Congressman Davis said patients used to pay the one doctor they had with a ham, some turnip greens. Under former President Barack Obama, there was the Affordable Health Care bill giving millions the right to have health care. “We know where our fight is. We know where our challenge is. We’re going to take the House back in 2024, and once we do that, we will hold on to the Senate, stated Congressman Davis.

Congressman Davis said we owe a debt to the state of Georgia with the victories of Senators Raphael Warnock and Jon Ossoff.  When asked by the Chicago Crusader if we will expect to see congressional wars for the next two years, Congressman Davis responded, “One of the things about America is that we operate with a certain level of civility we have been accustomed to. Much of that decreased during the administration of President Trump.

“In many instances, we must keep going. We climb though the rocks that were rugged. We keep moving. I take the position that if you don’t have faith, this is not the business you should be involved in. You have to believe you will overcome notwithstanding the challenges and difficulties.”

Last week, McCarthy floated a congressional rule change that would make it easier to remove a House Speaker in exchange for a rise to the position, which was a key demand from his powerful GOP opponents.

On New Year’s Day, Representative David Joyce (R-Ohio) said while he supports McCarthy to be the next Speaker, the call for a “motion to vacate” rule is a stupid idea.

With a deeply divided Republican Party, Representative Don Bacon (R-NE) said on Monday, January 2, 2023, there is a wing of moderate Republicans willing to work with Democrats to elect a centrist GOP Speaker if conservatives pull the plug on McCarthy.

“If a few won’t be part of the 218 members we need to govern, we’ll then find other ways to get to 218,” Representative Bacon wrote in an op-ed in the Daily Caller.

“Some members of his party who are concerned electing him (McCarthy) to be Speaker would be a continuation of past and ongoing Republican failures.” The showdown vote will be held on January 5th.