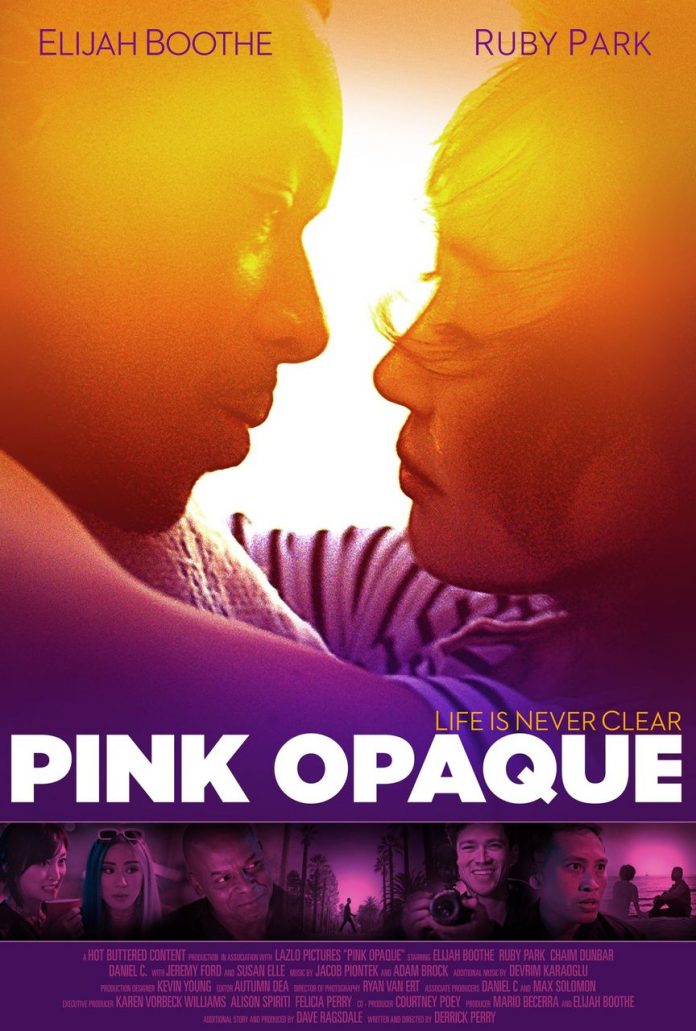 As we roll into the heart of summer, re-engaging in the best life has to offer, there is a meaningful gem of a movie titled “Pink Opaque,” which will be available to stream on July 27; through Apple iTunes, Amazon Prime, FandangoNow, etc.

Los Angeles is a city of contrast. Palm trees and pavement. Luxury homes shadow the homeless. The famous and the nameless. These inherent contradictions created the friction that sparked “Pink Opaque,” reflecting the individuals and compelling texture that make Los Angeles a distinctive city. This is a film with over 20 standout awards at notable and niche festivals over the past few months. I was able to screen it during last year’s American Black Film Festival.

While working on his thesis documentary required to graduate, Travis Wolfe, played by Elijah Boothe, reconnects with his estranged uncle and navigates a budding romance against the wishes of his girlfriend’s older brother. Travis lives in a world all his own. He’s roaming the streets of Hollywood, struggling to finish his project for film school and out of a need for money to recover his towed car, he tracks down his uncle Robin, a veteran television producer on the wrong side of his career.

Travis attempts to unravel the mystery of his father’s suicide. A glimmer of hope is offered through his relationship with Kristen, (Ruby Park) a streetwise girl from Koreatown with big dreams of her own. As tensions begin to brew with her protective older brother Bobby and family secrets put his newly established connection with Robin to the test, Travis struggles to hold it all together long enough to figure out his future, as well as his past.

The themes of reconnection and assimilation in this film are really highlighted by the director. You feel sorry for Travis and are elated that he has connected with his seemingly wealthy uncle, but every good thing isn’t always as good as it seems on the outside.

“Pink Opaque,” a story of love, family, hardship and life in Hollywood, was created by a passionate team of Los Angeles-based filmmakers focused on creating diverse and inclusive content with commercial viability.

The ability to tell an effective story is the result of careful crafting by executive producer David Ragsdale and writer/director Derrick Perry, who spent his early years on the east coast graduating with a degree in Visual Arts from American University in Washington D.C., and perfecting his cinematic acumen shooting quintessential pieces for Adidas, Intel, Puma and similar beloved brands.

For a look at the trailer, search [https://youtu.be/TrJBXISDJ74].