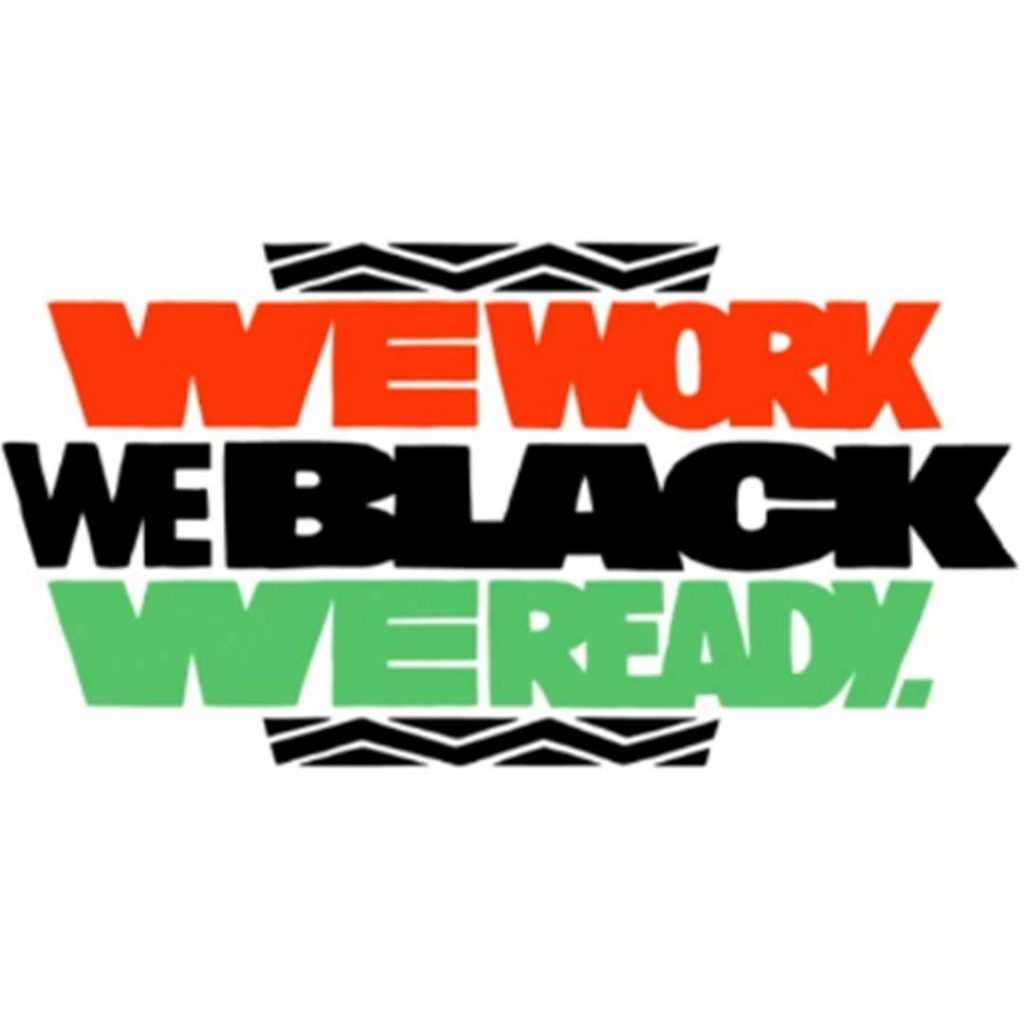 In October 2021, representatives of national and state-based Black worker-focused organizations united and formed the Black Worker Policy Coalition.  Members of the coalition committed to working together to address critical issues facing Black people in the job market and workplace. The coalition has been working to produce a Black worker-led national policy agenda that would improve job quality and advance racial and economic justice for Black workers: the Black Worker Bill of Rights.

“We joined this coalition of diverse Black voices to ensure the voices of Black mamas are included in policy work that serves Black families. We believe this coalition will create a new standard for Black workers, a blueprint for employers who want to improve working environments and retain staff, and an opportunity for America to offer restorative justice for the institutionalized workplace racism that has always been present for Black workers in this country,” said Nkenge Browner, Grassroots Director at Mothering Justice.

Several critical happenings including the COVID-19 pandemic, summer 2020 protests against police brutality, rollbacks of voting rights legislation, and horrid immigration policies and practices have made it even more clear that, while Black workers are essential workers that keep this society going, the fight to end racism and discrimination in the job market is ongoing. That is why the Black Worker Policy Coalition is launching a campaign to win a Black Worker Bill of Rights to right the wrongs of systemic exclusion from quality jobs and persistent policy violence enacted against Black workers and our families, as well as ensure that all Black workers across the country have dignity at work with safe, healthy, and equitable job conditions.

“Black workers built this country and have kept it running during the COVID-19 pandemic despite disproportionate risks to our health.  While employers praise us in the spotlight as heroes and essential workers, they sacrifice our safety and dignity behind warehouse doors to boost their profits,” said Tanya Wallace-Gobern, Executive Director at National Black Worker Center.  “We already know that the current economy, which is built on structural racism, isn’t working. We demand a Black Worker Bill of Rights to undo the legacy of racism and intergenerational poverty.”

Black workers are in a multiprong employment crisis: high unemployment rates, low wages, unsafe and unhealthy work conditions, benefits gaps, lower savings to fall back on, and significantly higher instances of workplace discrimination. During this COVID-19 economic recovery period when we are seeing a decline in the overall unemployment rate, the March employment situation report showed that the unemployment rate for Black workers remains the highest of any racial group, at 6.2 percent.

The Black Worker Bill of Rights identifies ten rights that seek to address this crisis and counteract persistent racial discrimination and racial disparities in today’s job market and workplaces.

“These workers’ rights are fundamental human rights recognized by the United Nations’ International Declaration of Human Rights Charter,” said Angaza Sababu Laughinghouse, Executive Committee Member at Black Workers for Justice. “Our Black workers’ organizations, labor organizations, unions, working-class community-based groups and coalitions must unite. We must educate, engage, and mobilize in our own name and interest.”

Black workers are uniting to ensure that our needs and interests are taken seriously.  During the State of the Union address, President Biden praised the return of American companies to open factories here that would employ thousands of workers, as a result of the Administration’s commitment to domestic industrial revitalization and technological development. While that’s commendable, Biden failed to talk about how these new manufacturing jobs will be created to ensure that all workers benefit, particularly Black workers who have experienced major losses in manufacturing jobs.  Black workers lost 646,500 manufacturing jobs between 1998 and 2020.

Black workers need a Black Worker Bill of Rights to protect our labor, our freedom, and that of future generations.  It affirms and calls for greater enforcement and expansion of existing rights, such as the right to organize, and would enact new rights, protections, accommodations, and services.

Other rights included in the Black Worker Bill of Rights are the rights to equitable wages and compensation that is owed, career advancement opportunities, privacy and freedom from surveillance, health, healing, rest, and workplaces free from discrimination, harassment, and other harm.

“Since the inception of the United States the exploitation of Black workers has been instrumental in creating wealth for the larger society, and this bill of rights will create a much-needed launch pad to begin to repair that harm. In particular, the right to equitable wages and compensation that is owed frames reparations as back wages that are owed to the descendants of enslaved Black people which is a critical point in beginning to create justice for Black workers and we are excited to be a part of bringing this conversation to the national stage” said Ronald Collins, Senior Campaign Coordinator at Los Angeles Black Worker Center.

Despite existing labor and civil rights laws to protect the rights of Black workers, loopholes in the laws have made it easy for employers to treat Black workers unfairly. These loopholes are getting in the way of the things Black communities need and the equal protection we all deserve. The Black Worker Bill of Rights is designed to close these loopholes and provide Black workers with greater protections and benefits in the workplace.

“As millions of TLGBQIA+ workers are now covered under Title 7 of the Civil Rights Act, we cannot lose sight of the many challenges faced specifically by Black transgender, bisexual, lesbian and gay workers. In 2022 there are still far too many examples of labor laws and workplace policies and practices, not taking the needs of Black TLGBQIA+ working-people into account, effectively excluding them from healthcare, paid leave and other benefits, and discounting their dignity altogether,” said Aimée-Josiane Powell-Ingabire, President of National LGBTQ Workers Center. 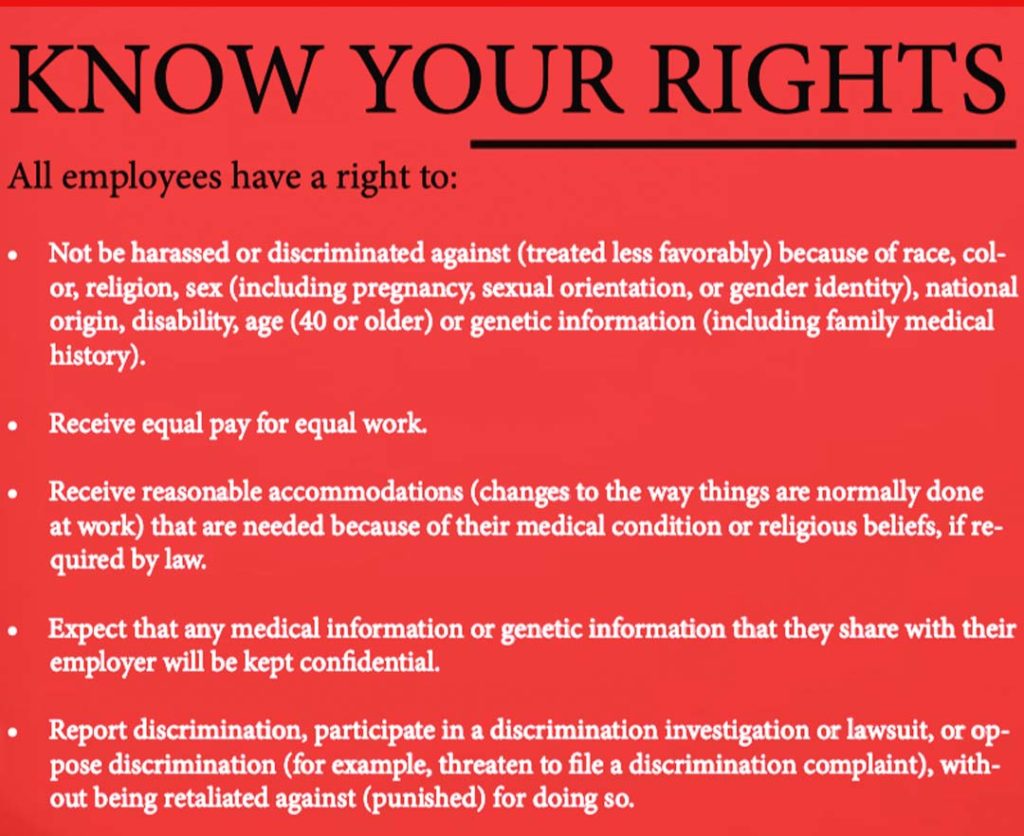 In coming together, the coalition has identified ten rights that must be meaningfully reflected in the law and enforced. Doing so will improve the lives of 20 million Black workers in the labor force and their families.  All Black workers have the following rights in the job market and workplace:

The Right to Organize

The Right to Equitable Wages and Compensation that is Owed

The Right to Career Advancement Opportunities

The Right to Workplaces Free from Discrimination, Harassment, and Other Harm

The Right to Health, Healing, and Rest

The Right to Dignity

The Right to Participate in Democracy

“Black workers have often been marginalized and muted in their respective workplaces regardless of their roles.  Those that have been brave enough to challenge the arbitrariness of fate are often met with harsh reprisals, said Sandra Williams, Deputy Political Director at Retail, Wholesale and Department Store Union Southeast. “This is why a Black Worker Bill of Rights is vital.”

“Today too many Black workers are struggling to find quality jobs that provide the dignity that Dr. King spoke about – jobs that guarantee all the rights listed in the Black Worker Bill of Rights. The Joint Center is proud to stand with Black workers everywhere and affirm these rights are overdue and must be adopted into this nation’s labor policies,” said Dr. Alex Camardelle, Workforce Policy Director at the Joint Center for Political and Economic Studies.

“Workers in South Florida have remained on the frontline, working nonstop throughout the deadliest pandemic in recent history. Instead of being rewarded for our sacrifices with higher wages and improved living conditions, workers in our communities, particularly Black and immigrant workers, continue to confront the daily struggles of hazardous labor conditions, rising rent, stagnant wages, and nearly nonexistent benefits, or support,” said Santra Denis, Executive Director at Miami Workers Center.

“The poor standards facing our workforce are a lens into the reality of work for Black women, many of whom work in other service sector jobs defined by low pay, lack of benefits, and lack of regulation. The Black Workers Bill of Rights is a long-overdue correction of this racist legacy. Our members are the torchbearers of a long and powerful tradition of domestic worker organizing and resistance and we are honored to join the Black Worker Policy Coalition to build a new anti-racist economy that works for everyone,” said Allison Julien, Director of the We Dream in Black Program at the National Domestic Workers Alliance.

“As our mission states, NOWCRJ organizes and fights for full participation in every decision that affects our lives. It is imperative to our work that we eradicate the state-sanctioned exploitation of workers and create and win economic development plans that respect and value workers as economic drivers over corporations,” said Ursula Price, Executive Director at New Orleans Worker Center for Racial Justice.  “We believe the Black Worker Bill of Rights is the first step in ending the plantation mentality of corporations toward workers and fully support its adoption.”

“We are so inspired by the incredible victories Black organizers are achieving to win greater respect and dignity at the workplace, as seen recently with Amazon workers in Staten Island. These hard-fought wins happened despite intensive workplace surveillance and brutal attacks meant to undermine labor organizing,” said Myaisha Hayes, Campaign Strategies Director at MediaJustice. We need a policy platform that protects Black workers, especially their right to privacy and their right to organize. MediaJustice is proud to stand in solidarity with Black workers across the country and endorses the Black Worker Bill of Rights.”