Black dollar drained the same way around the world 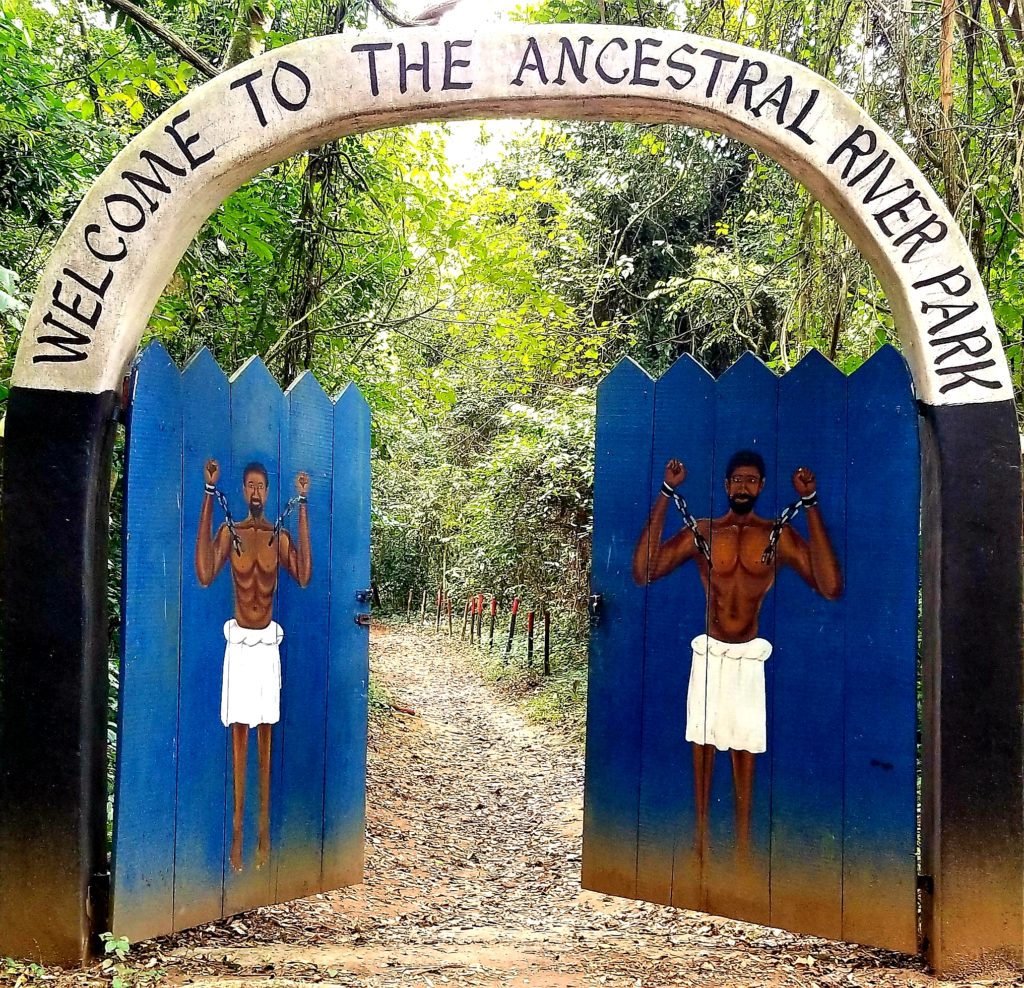 A New Colonialism with financial chains and the same old economic and natural resources drain has apparently taken root here in Ghana where I see the influence of China all around. It is as glaring as the West African sun and the tiny gold flakes I see while staring into the cool whispering waters at the Assin Manso Ancestral Slave River Site in Ghana.

China’s presence here is as conspicuous as the big red and yellow sign pointing the way to the entrance of China Mall. As clear as the Chinese government’s $2 billion loan agreement in 2018 to build infrastructure, in exchange for access to Ghana’s bauxite reserves. Or the concern here locally over Chinese-owned bottom trawl fisheries that, according to the UK-based Environmental Justice Foundation report last year, are causing Ghana to lose at least $14 million annually in fishing licenses and fines, and, more importantly, depleting catches for local fishermen, destroying the ecosystem, and threatening the livelihoods of more than 2.4 million Ghanaians.

It feels familiar. Like economic sleight of hand. The same old drain game.

I reflect on Black communities back home in America—in Chicago—where the same kind of refashioned system of outsiders come to take our resources while leaving little in return plays out daily inside stores, restaurants and shops in the heart of our communities. It is a 21st century, one-way street that leaves Black communities drained and lagging.

Among the sifters of our dollars are Arab-owned liquor stores, cigar shops, fish & chicken and beauty shops, Korean and Chinese-owned nail shops, restaurants and other establishments, like auto repair shops, car dealerships and myriad companies run by whites and other ethnic groups who do not live, buy or socialize in the Black community.

A good number of them seem to give little in return but instead use the resources gained from Black communities to build their own neighborhoods beyond, to finance their schools, and to create bright futures for their children as they further carve up the American pie.

Indeed in 2020, the buying power of African Americans rose to an unprecedented “$1.6 trillion, or 9 percent of the nation’s total buying power,” and is projected to grow to $1.8 trillion by 2024, according to the University of Georgia’s Selig Center of Economic Growth. In 2020, Illinois was ninth among the 10 states with the largest African-American markets, at $63 billion, compared to Texas, which ranked first at $149 billon.

That’s a helluva river of gold that — with the creation of more Black-owned businesses and a commitment by Black folk to “buy Black”–could infuse our communities in America and abroad with needed resources to empower and impact people across the Black Diaspora.

The question is whether African Americans can unite–in the spirit of Tulsa, Oklahoma’s “Black Wall Street,” in the spirit of sit-ins and protests that crippled segregation–to harness our own economic path to self-empowerment, toward healing economic disparity.

The drain game in Black neighborhoods can seem subtle, particularly after years of acceptance and complacency have settled in like fine dust and we have grown used to placing our green dollars from our brown hands into hands (often through bulletproof glass and into metal trays) that do not look like ours.

I’m not saying we should not shop at these stores. But how about requiring that they give back to our communities in substantive, measurable ways, more than just by hiring a few underpaid, overworked workers?

Many of these merchants don’t even speak to us when we enter their doors. Or they watch us like a hawk as we shop. Stand above the Black cashiers who do work there, like Southern overseers, too often disrespect our women and disdain the Black community.

And yet, we patronize them, close our eyes to the sifting of our hard-earned dollars, of Black gold, by people who would not dare allow Black folk to set up businesses in their neighborhoods, let alone welcome us to move in next door.

And what has become clear to me is that we must save us: The people of the Black Diaspora.

That’s not separatism or racism or nationalism. It is a matter of self-respect. A matter of survival.

We have the resources we need to save ourselves, to heal our own communities, the same way that other people seek to promote the posterity of their own.

That’s as clear as the gold flecks in “Slave River” I see, and the gold I envision, flowing within the African-American community as my thoughts drift across the Atlantic Ocean, back toward home. Email: [email protected]

John W. Fountain is a professor of journalism at Roosevelt University and a 2021-22 U.S. Fulbright Scholar to Ghana, where he is a visiting lecturer at the University of Ghana-Legon and researching his project titled, “Hear Africa Calling: Portraits of Black Americans Drawn to The Motherland.” Follow his journey at: https://www.hearafricacalling.com.