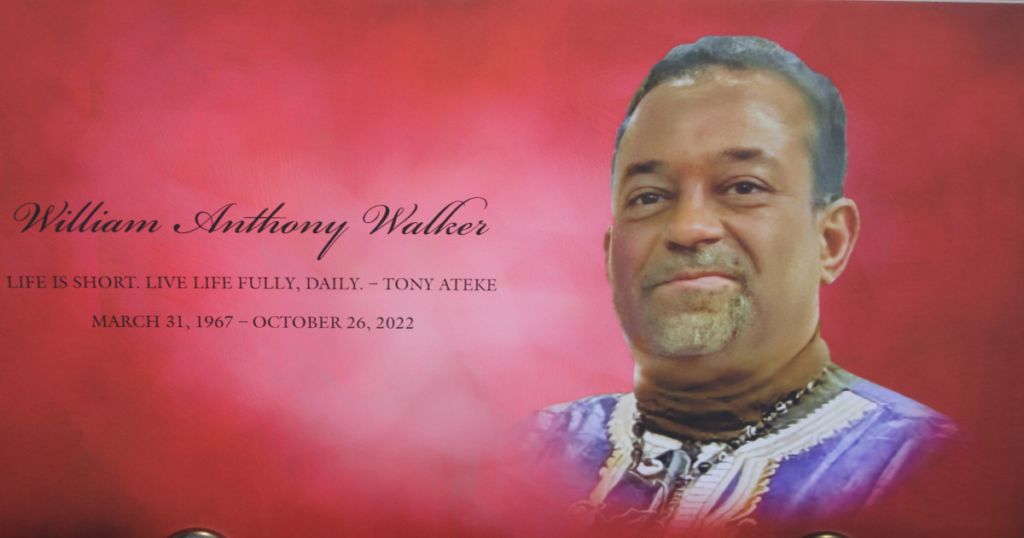 William Anthony Walker was 55 when he passed Wednesday morning. Walker headed his own law practice, the Walker Law Group, and also put in time as a public office holder and a supporter of education.

“I’ll think about the life he lived because he lived a wonderful life, not his passing,” Mike Suggs said about the sudden loss of his friend Atty. Tony Walker. “He was a leader who believed in education and what it could do for children in Gary.”

Gary Mayor Jerome Prince stated on the passing of Walker,

“DeAnna and I are deeply saddened by the passing of our dear friend, Atty. Tony Walker. Tony loved the city of Gary and he will not be forgotten. Tony played an invaluable role in our administration and his wise and honest counsel was always appreciated,” Prince said. “Our hearts go out to his wife Muna and sons — Miles, Ethan and Brandon. We are here for them as they mourn.”

He was a member of the campaign team for Prince’s 2019 successful primary win against 2-term Gary Mayor Karen Freeman-Wilson and had remained an advisor in the administration.

Walker was elected to the Gary Public Library Board of Trustees and served on the board (2009-2012) at a pivotal time in the library’s history. Less revenue was captured as municipalities began feeling the impacts of Indiana’s newly enacted 2010 state tax caps and Gary taxing units were hit hard.

As board president, Walker led a reorganization plan during 2011-12 to rebrand the main library as a cultural center to help ease the loss of revenues. A cultural center with spaces dedicated to exhibits, collections and events would use fewer employees, providing savings in the library budget. At the same time, the board needed to fund architectural changes within the building and to its exterior.

Walker persisted, overcoming opposition from within the library system, from the public and labor unions.

In 2011, Governor Mitch Daniels appointed him to represent the First Congressional District on the State Board of Education. He served on the SBOE until 2015 and in that last year cast a vote to close Dunbar-Pulaski Middle School in Gary due to its poor academic performance. For 6 consecutive years, the school received an F grade on the state’s school accountability report card.

Walker made the motion at the March SBOE meeting to close the school in his district, telling the board, “Dunbar-Pulaski students would be better served going to other schools in the district.”

Suggs described Walker as a champion for education, “He strived to provide the best educational opportunities for students in the city of Gary. He didn’t believe in lowering the bar and wanted them to be as strongly prepared as any kids in the state.”

“I am so pleased and proud to have been a board member with him, to have seen that dedication to community and education, to have been a part of his dream for a better education for students,” Suggs said. “Walker believed students had to be challenged and prepared. He didn’t believe in short cuts.”

Walker has been a practicing attorney since 1995.

Walker received a Bachelor of Arts degree from the University of Massachusetts-Amherst. He completed law school at DePaul University. He went on to clerk for then Justice Robert D. Rucker of the Indiana Court of Appeals and later entered private practice with the firm Meyer, Lyles & Godshalk.