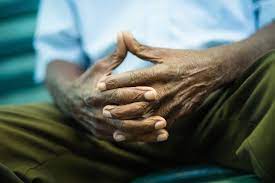 The U.S. Food and Drug Administration has approved Aduhelm for the treatment of Alzheimer’s, a debilitating disease affecting 6.2 million Americans. Aduhelm was approved using the accelerated approval pathway, which can be used for a drug for a serious or life-threatening illness that provides a meaningful therapeutic advantage over existing treatments.

Accelerated approval can be based on the drug’s effect on a surrogate endpoint that is reasonably likely to predict a clinical benefit to patients, with a required post-approval trial to verify that the drug provides the expected clinical benefit.

Under the accelerated approval provisions, which provide patients suffering from the disease earlier access to the treatment, the FDA is requiring the company, Biogen, to conduct a new randomized, controlled clinical trial to verify the drug’s clinical benefit. If the trial fails to verify clinical benefit, the FDA may initiate proceedings to withdraw approval of the drug.

Early reports state that the new treatment will cost as much as $56,000 per year, which CEO Michel Vounatsos called “fair” while promising to not increase the price from that point for at least four years.

The Kaiser Family Foundation released a report predicting that if just 1 million of the Americans suffering through the disease were forced to pay those prices through the Medi- care part B program, it would cost more than every other medication combined.

“Eliminating barriers to access is our highest priority,” said Joanne Pike, Dr.P.H., Alzheimer’s Association chief strategy officer. “The Alzheimer’s Association will do everything in its power to ensure access to the drug for all who will benefit. We know that infusion therapies have been made available under Medicare and insurance for conditions like cancer and multiple sclerosis, so it is reasonable to expect this for aducanumab.”

Alzheimer’s is an irreversible, progressive brain disorder that slowly destroys memory and thinking skills, and eventually, the ability to carry out simple tasks. While the specific causes of Alzheimer’s disease are not fully known, it is characterized by changes in the brain that result in loss of neurons and their connections. These changes affect a person’s ability to remember and think.

“This therapy will be of great interest to many, but it is not the only important element of Alzheimer’s treatment and care. The Alzheimer’s Association has made it a priority to partner with health care systems, physicians, and the Center for Medicare and Medicaid Services to ensure early and accurate diagnosis, and access to treatment, care management and care planning,” said Pike.

“Alzheimer’s disease is a devastating illness that can have a profound impact on the lives of people diagnosed with the disease as well as their loved ones,” said Patrizia Cavazzoni, M.D., director of the FDA’s Center for Drug Evaluation and Research.

“Currently available therapies only treat symptoms of the disease; this treatment option is the first therapy to target and affect the underlying disease process of Alzheimer’s. As we have learned from the fight against cancer, the accelerated approval pathway can bring therapies to patients faster while spurring more research and innovation.” 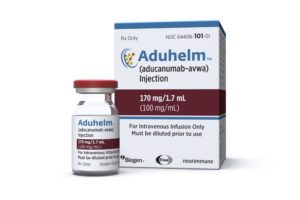 “History has shown us that approvals of the first drug in a new category invigorates the field, increases investments in new treatments and encourages greater innovation. We are hopeful and this is the beginning — both for this drug and for better treatments for Alzheimer’s.”

Research has shown that Blacks are disproportionately affected by Alzhei- mer’s, being anywhere from 14 to 100 percent more likely to be diagnosed according to information released by the Alzhimer’s association.

“We are proud of what the Alzhei- mer’s Association has done to accelerate the drug development process, so individuals will have access to more effective treatments faster,” Carrillo said. “This new drug approval, and sustained progress in the research field, is due to years of investment, unrelenting dedication, and our vision of a world without Alzheimer’s and all other dementia.”

The prescribing information for Aduhelm includes a warning for amyloid-related imaging abnormalities (ARIA), which most commonly presents as temporary swelling in areas of the brain that usually resolves over time and does not cause symptoms, though some people may have symptoms such as headache, confusion, dizziness, vision changes, or nausea.

Another warning for Aduhelm is for a risk of hypersensitivity reactions, including angioedema and urticaria. The most common side effects of Aduhelm were ARIA, headache, fall, diarrhea, and confusion/delirium/altered mental status/disorientation.