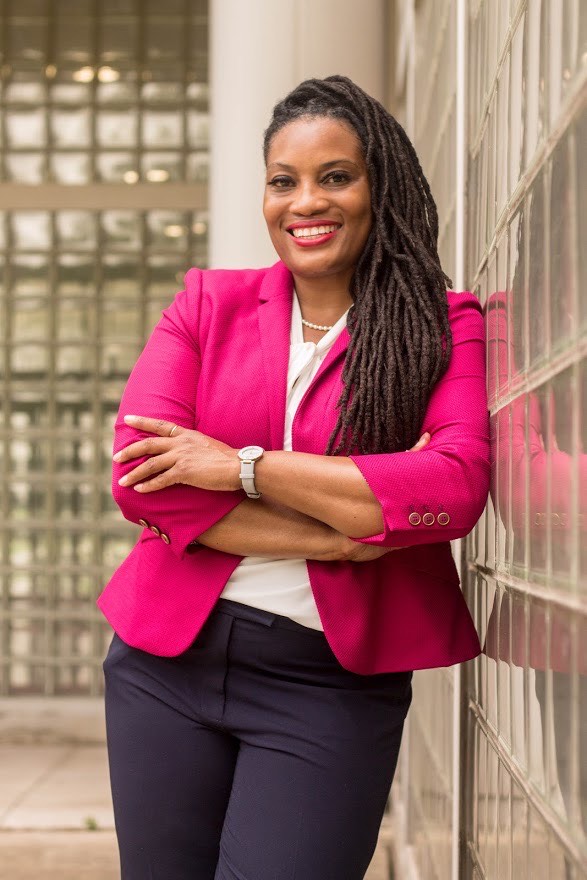 “I view running for political office as one of the highest forms of activism.”

Indiana voters are in for a change.  Be prepared to meet Haneefah Khaaliq, an energetic African American woman who has devoted her entire life to public service. Now she has taken on the challenge of becoming Indiana’s next U.S. Senator, replacing Republican Todd Young.

And she has done her homework. Since announcing her candidacy in 2019, Khaaliq has crisscrossed the state, conducting over 40 town hall meetings in both urban and rural districts.  Her goal?  To find out what Hoosiers want and need.  Her response?  To promise to meet those needs with transparency and hard work.

She is not your ordinary politician.  She is part of a new breed of women who see their role as leaders and activists for the people.  In her travels and discussions around the state, she identified her focus:  education, poverty and civil rights.  Advocating on these issues has earned her a statewide network of volunteers who stand ready to support her.

Khaaliq is clear about her challenge. “I will bring a difference to the U.S. Senate and energy for change that will not be forgotten.”

Her resume is definitely not ordinary.

During her college years, she became a youth minister for her church and the president of a campus Christian student organization.

A former public school teacher, an associate professor at Indiana University, and as a graduate of the Valparaiso School of Law, she is currently the director of Gary’s civil rights agency where she has expanded the city’s sexual orientation and gender identity protections.

Her concern with the state of policing led her to publish “A Better Police Force,” where she proposes solutions to creating more harmony between police and community members.

“Community policing, multicultural education and training are essential to facing the many challenges in this area,” said Khaaliq.

Because she believes in meeting immediate needs, she operates her own social service agency which provides legal and mental health services for indigent men and women.

“I believe in using my skills to help people at every level I can,” said Khaaliq.

An activist against human trafficking, for women’s rights and for raising the minimum wage and dealing with climate change, Khaaliq’s passion for justice is mirrored in her life’s decisions.

“I have developed 33 national policies and agendas from denuclearization to expanding voter rights.  Once in office, my voters and those who did not vote for me will see my commitment to transparency.  Everyone will know where I stand and why.”

For more information, you may visit her website at Hanneefah Kaaliq.com.