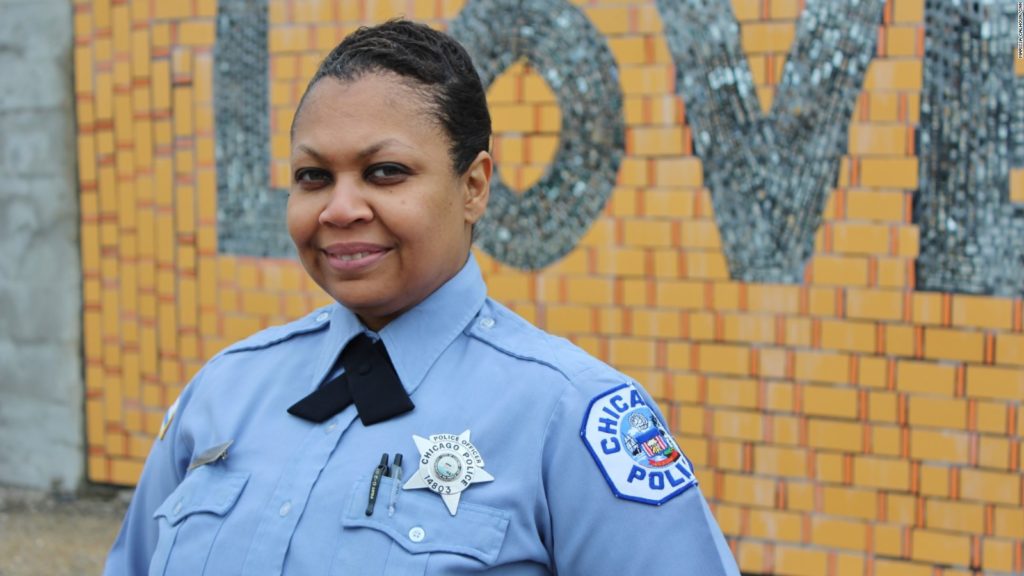 Maddox will be among a group of community leaders who will discuss ways to bring about peace amid the violence in Chicago as part of the “2nd Annual Choose Hope Film Series Screening and Panel Discussion.” The panel will be moderated by Mary Stonor Saunders, Executive Director of Strides for Peace.

“With escalating gun violence, I believe it is more important than ever to show people that despite the headlines, there are people out there working for change and are not giving up. They are a living testament to why we must strive for a Chicago where all can thrive and inspire others to be part of the solution,” stated Saunders.

Initially in response to the COVID-19 pandemic and the need to social distance during an unprecedented time of change and disruption, Strides for Peace launched the Choose Hope Film Series to transport viewers to the frontlines of our greatest challenges, to put a spotlight on the people across Chicago who are stepping up to meet them. They save lives and dreams while we work toward change. They fight for what they love.

Maddox was chosen because of her successful afterschool program “Future Ties” and her high profile as a community leader who was nominated as a Hero of the Year by CNN in 2019. In 2018, she was honored at the Chicago Crusader’s “Heroes in the ‘Hood” ceremony.

Last summer, Maddox’s “Future Ties” program received a $1 million donation that allowed her to purchase the vacant building of the former Walgreens store at 63rd and Martin Luther King Drive.

Maddox has served with the Chicago Police Department for over 25 years. She currently serves in the Department’s community affairs department at police headquarters at 35th and Michigan.

She has patrolled tough neighborhoods and seen how the city’s spiraling gun violence and homicides threaten the lives of Black teenagers on a daily basis. She also mentors parents whose children attend Dulles Elementary School in Woodlawn.

Maddox worked as a security guard at Parkway Gardens, where she saw a heavy need for mentoring youth who are being raised in single-parent households and live in constant fear of their lives. In the basement of Parkway Gardens in 2012, she started Future Ties, an afterschool program with 35 kids whose ages ranged from 12 to 17.

In 2017, Future Ties expanded to a summer program that exposes the young people to areas of Chicago they have never been. The program helps some 50 participants acquire job skills and take valuable classes to boost academic achievement, self-esteem and social skills.

Since Maddox’s Parkway Gardens’ program began, several students have gone to college while others have secured employment thanks to the training they received with Maddox.

Other prominent community leaders who will be on the “2nd Annual Choose Hope Film Series Screening and Panel Discussion” include Pastor Philip Jackson of the Firehouse Community Arts Center; Pastor Anthony Wright of Ring of Hope in Greater Grand Crossing; Dimitri Hepburn of ConTextos; and Zorbari Nwidor of Chicago Adventure Therapy.