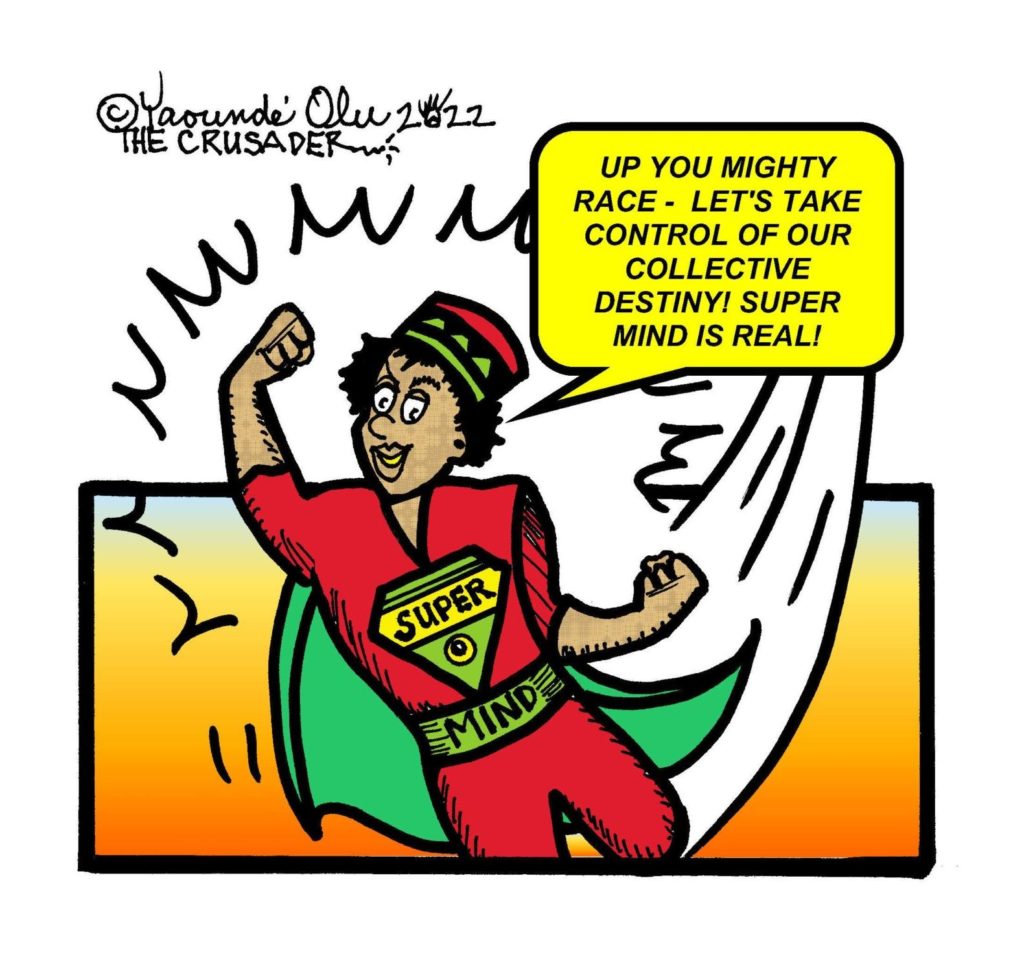 It is no secret that African Americans, and other Black people, have been discriminated against for almost as long as their existence in the Western world. Today, as we face the advent of Black History Month 2022, it would be appropriate for the community to begin thinking in a different manner. New discoveries about the structure of African/Black DNA may provide food for thought along these lines.

If an unbiased assessment of Black people is made, it will be discovered that the achievements of Blacks in the face of overwhelming odds border on the miraculous.

Whenever the playing field in any endeavor has been level, Black people have not only progressed, but have excelled. For example, there was a time when Blacks were not allowed to play in major sports in America, but today they dominate in almost everyone in which there has been participation.

Truth be told, Black people are almost like an enigmatic Supermensch (“mensch” is the Yiddish word for “human being”). It is possible that this could be attributed to the idea that diamonds are created under pressure, and the community has certainly been subjected to a lot of it. But that’s not the whole story; something else might be happening.

A study entitled “Global patterns of linkage disequilibrium at the CD4 locus and modern human origins” (SA Tishkoff, E. Dietzsch, W. Speed, AJ Pakstis…1996-science.sciencemag.org) has discovered that there is a genetic difference between Sub-Saharan African populations and Northeast African or non-African populations.

Basically, in simple language, they cite the existence of a “9 series” DNA configuration in Sub-Saharan Blacks, as opposed to a “6 series” that is predominate among Europeans. Could these differences be responsible for something important?

An online article entitled “How unlocking the secrets of African DNA could change the world”(www.ft.com) states, “The mapping of the entire human genome – a 13-year effort to list all of the roughly 3 billion “letters” that make up a person’s DNA – was completed in 2003.” Further, “but it remains incomplete: nearly 20 years on, the vast majority of it is still European. Genetic material from people of African descent makes up just 2 percent.”

It goes on to say, “African genomes are not only humanity’s oldest but our most diverse, and that diversity holds within an almost unfathomable potential…”

Interestingly, according to this same article, A U.S. official said that the Trump administration wanted to block China’s plans to build an $80 million headquarters for the Africa Centres for Disease Control and Prevention, in large part because of Africa’s “vast amounts of genomic data.” Trump and his cohorts believe the Chinese want to eventually steal the data.

Ultimately, there is significant evidence that the African genome differs from the rest of the world. Studying it can open up important avenues in health research.

This idea brings to mind the cells taken from Henrietta Lacks, the African American woman who died from cancer, but whose cells are so unique that they have continued to be used around the world since her death to improve the health outcomes of millions.

Though there is much more research that needs to be done, the tentative conclusion is that Black people are far more important in the scheme of things on Earth than has been generally thought.

Some Blacks have taken this to mean that they are more “intelligent” than everyone else, but we must remember that we share this planet with others, each with their own brand of “intelligence,” so it would behoove us to utilize whatever kind of intelligence that each group possesses for the upliftment of us all.

Black people seem to be held back in this regard because of external oppression. The truth is probably different; there is the great possibility that the condition of Black people lies not in external oppression per se, but in the notion of buying into a propaganda of inferiority. So, it becomes a matter of convincing ourselves to get out of our own way in order to rise out of the morass that currently has the population languishing in the depths of despair. It is a mind game, and the sooner we understand this, the better off we will be! A Luta Continua.