Years with Sun-Times came with ups and downs 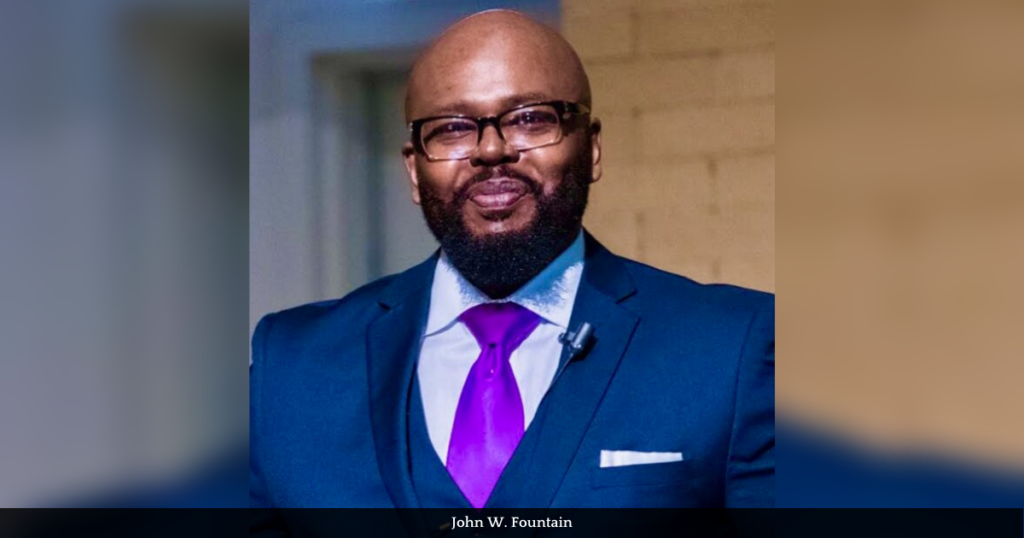 “I wish we could have resolved this issue, but I respect John’s decision to resign. My approach is to be highly collaborative with writers, whether they are reporters or columnists, to elevate their voices in the editing process. My goal is to help them not only reach, but also touch, our readers and make their work as impactful as possible. John’s departure is not the outcome any of us wanted. I’ve enjoyed reading his columns and I appreciate his voice and his work to inform our community over 13 years.” —Chicago Sun-Times Executive Editor Jennifer Kho

Editor’s Note: The above comment is Chicago Sun-Times Executive Editor Jennifer Kho’s written response to Columnist Eric Zorn’s inquiry for a comment on John Fountain’s resignation on Nov. 25, as reported by Zorn, “A tiff between columnist and editor ends John Fountain’s years at the Sun-Times.” Fountain quit in response to Kho’ decision to not run his column—a tribute to Fountain’s former university student Aaron Lee—after Fountain would not acquiesce to Kho’s revisions and edits. Fountain subsequently published that column on his website. Below is Fountain’s response to Kho’s comment to Zorn.

“Elevate” my voice as a columnist?

I find Kho’s contention laughable and disconcerting. She couldn’t elevate my voice with a bullhorn on an elevator that went all the way to the 110th floor of Willis Tower. But my readers across the Chicago area and beyond, for years now, certainly have heard me loud and clear. And there are plenty who could testify to how “impactful” my voice has been.

Indeed readers have responded with hundreds of letters and emails over the last nearly decade and a half about how my writing, without Kho’s edits, saying how my column has “moved” and “touched” them, made them cry. Numerous awards over the last year alone for my column (all of them predating Kho’s tenure) speak to the power of my voice and excellence in craft in the eyes of contest judges both near and far.

Among those awards (and frankly, they have been numerous) are this year’s National Society of Newspaper Columnists “Social Justice Award”; the top Lisagor Award for editorial, opinion and column writing, a category in which I was two-thirds of this year’s finalists; and a National Association of Black Journalists “Salute to Excellence Award,” for best feature series.

Frankly, I felt assaulted, demeaned and belittled by Kho’s approach and her insistence that it was basically her way or the highway. And I resent Kho’s matriarchal condescension manifested not only in her written response but also inherent in her revisions that were completely unnecessary, heavy-handed and sophomoric. Not to mention her overall attitude, which I found disrespectful and dismissive of my expressed desire as a columnist to keep the column as I originally wrote it.

Columns are not collaborations. They simply aren’t. That’s why the columnist’s photo and byline appear with their column. They also aren’t editorials, which represent the views of the newspaper. Columns are the words and creation of the columnist—the individual. Not the editor’s. And I’ve earned and deserve that much respect, I think.

What is clear to me now is that I was a Black man who dared to challenge the newly minted executive editor. And it mattered not how respectful or even how humble I was in attempting to help her see my side and approach. I could not stoop low enough. This was not a conversation as much as it was a directive. And her response to my unwillingness to comply was to try and emasculate me, to put me in my place. But what is my place?

As a tenured full journalism professor for the last 18 years, and a practitioner of the craft over the last 37 years, having written my way onto the front pages of the New York Times, Washington Post, Chicago Tribune and Chicago Sun-Times (interning at six newspapers before ever landing my first newspaper job), having my work published in other local and national newspapers and magazines, having written five books, including a 372-page memoir (encountering good editors all along my journey), and having earned several journalism degrees, I think that maybe, just maybe, I have reached the level of being qualified enough to write a less-than 700-word newspaper column without necessitating remedial edits or revisions.

Especially from an overzealous power-tripping editor who hasn’t been in town long enough to feel the bite of the Chicago Hawk, or long enough yet to truly get to know the heart of Sun-Times readers. Especially its African-American readers who can attest to how often I have raised my pen in celebration, remembrance, honor and in recognition of life and death on the other side of the tracks—where my former student, the late Aaron Lee, grew up—and whose stories often otherwise go missing from news print and broadcasts: Jelani Day, The Unforgotten, Khalil White El, De’Kayla Dansberry…

I know these readers. These people. Beyond mere subscription numbers. Beyond some interest poll. They’re as real to me as the city’s gritty West Side, where I grew up, inhaling into my soul the life, love and laughter of people who dwell beyond the Magnificent Mile. I’ve been a voice for many of them. And neither mine nor theirs—of how we speak or how we structure the telling of our stories—will ever need sifting through some outsider’s point of view. Does American journalism have room for unfiltered voices like ours? Like mine?

As for Kho’s comment: “John’s departure is not the outcome that any of us wanted…”

If that’s the case, why then since my announced departure on Nov. 25, have I not received a single call, email or any such communication from Kho to discuss my resignation or to express that sentiment? Zilch. Crickets.

If she had reached out, she might have started the conversation with an apology. But that perhaps would be too much like admitting that my column was just fine just the way I wrote it.

Lastly, Kho’s comment that her goal in editing is to “make their work as impactful as possible…”

My series on the death of Jelani Day went viral on Twitter, and trended astronomically on the Sun-Times own pages, significantly exceeding numbers compared to previous Sundays with more than 80,000 page views at one point and nearly 104,000 engaged minutes.

With not one penny’s compensation for travel expenses or the innumerable photographs I took at scenes, or even one cent increase in pay over a decade and a half, until about three months ago.

Let the record show: I did it for the love of it. And apparently, I did it so well that a couple of Sun-Times editors before Kho was hired nominated my column for this year’s Pulitzer Prize. I didn’t win. Hell, I wasn’t even a finalist. But winning my editors’ respect, honor and trust for my pen and voice meant the world.

Among an editor’s words I will always treasure most were from Tom McNamee who invited me 13 years ago to write my column for the Sun-Times. He wrote some years ago now:

“John Fountain writes with intelligence, compassion and eloquence about stuff that nobody in Chicago writes about but should. He writes about his personal struggles with faith and organized religion. This, of course, is a matter of central importance in the lives of so many Chicagoans, but who else in a newspaper — in Chicago or any city — addresses the matter without apology or ironic distancing, if at all? I regularly get letters from appreciative readers who marvel at this.

John writes about the world he grew up in — stark poverty on Chicago’s West Side — and about how he rose above, always honoring those who gave him a boost and showed him the way. Again, this is the story of so many Chicagoans, and the dream of so many more. He writes about the challenges of fatherhood, especially as a father to young Black children who are sure to encounter the same giant obstacles and temptations he knew so well.

He writes, as well, with wit and humor, about the everyday small stuff, such as women’s hairstyles and hot-dogging professional football players. That’s his change-up pitch, one of the smart ways he keeps his column fresh and unpredictable. John’s general approach as a columnist is to mine the personal to find the universal, a rather dangerous form of journalism that works only if done very well. John does it beautifully well.” 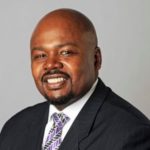 John W. Fountain is a professor of journalism at Roosevelt University and a 2021-22 U.S. Fulbright Scholar to Ghana, where he is a visiting lecturer at the University of Ghana-Legon and researching his project titled, “Hear Africa Calling: Portraits of Black Americans Drawn to The Motherland.”