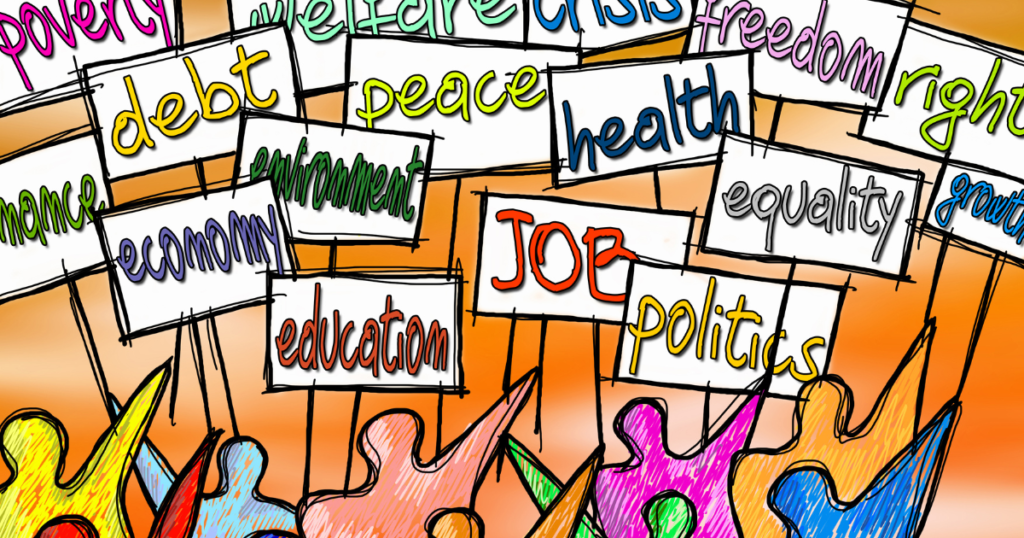 As we countdown to the end of 2022, here are 10 social justice stories to revisit.

The end of the year often provides time for reflection and re-evaluation. In news, things can move quickly, and it’s easy to miss important stories with everything going on.

We compiled a year-end review of social justice stories worth revisiting or reading for the first time. Catching up on what has happened can help plan for how to engage in the coming year. Check out 10 must-read stories below.

News of a deadly fire in a Bronx apartment building rocked headlines in January. The fire followed a tragic fire in a Philadelphia row house. As previously reported, both blazes claimed the lives of over 30 people and more than a dozen children. Both incidents raised questions about racial and economic disparities in housing. Data shows that Black people are almost twice as likely to die in a residential fire than the national average. They are also more than twice as likely to suffer injury.

Like the prior year, state officials battled over unfounded claims by Republican leaders about the academic theory. Despite positioning himself as a moderate Republican in the Virginia gubernatorial race, Gov. Glenn Youngkin immediately doubled down on false claims about critical race theory in his day one executive order.

Justice Ketanji Brown Jackson overcame a highly contentious and disrespectful confirmation hearing, becoming the first Black woman on the Supreme Court. Besides being highly qualified, Jackson’s presence has added needed perspective on the Court. This was clear during her exchanges with counsel in oral arguments about affirmative action. While Jackson alone cannot change the balance of the Court, her analysis provides a clear framework for changemakers looking for alternative pathways to seek justice.

The case of Pamela Moses brought attention to the plight of Tennessee voting rights advocates and those fighting to restore voting rights to formerly incarcerated people. Moses was incorrectly returned to the voting roles. But instead of acknowledging the mistake, the former Shelby County District Attorney went after her and tried to send Moses to jail for six years.

Prosecutors finally relented two months after a judge granted Moses a new trial. Evidence unearthed by The Guardian revealed the prosecution withheld a crucial email from the defense. As previously reported, the email outlined the steps the probation department took to investigate the mistake in signing a certificate saying Moses’ rights were restored.

A month after a leaked draft decision sent shockwaves across the country, the ultra-conservative majority on the Supreme Court overturned nearly 50 years of precedent in Dobbs v. Jackson Women’s Health Organization. As a part of NewsOne’s coverage, the team ran several op-eds from reproductive justice advocates putting this moment in context. Rev. Kenyetta Chinwe of Sister Song wrote about the need for reproductive justice from a faith leader’s perspective.

CNN’s Buyout Will Change Media And The American People

Amani Wells-Onyioha writes that the shakeup at CNN could change the nature of how the business of news is carried out.

In these uncertain times, clarity in our information sources is needed more than ever. We get closer to a more united country when we better understand how the ‘other side’ views things. It can be easy to villainize the other side, especially if our echo chambers feed the idea that the other side is wrong — or, worse yet, inherently evil.

People should seek out various sources to obtain better clarity when breaking news hits the airwaves. Read the Wall Street Journal or the New York Times, see what Vice has to say, what MSNBC’s take may be, and, even if your politics remain moderate or left-of-center, head over to CNN.

The unpublished memoir surfaced after an old arrest warrant for Carolyn Bryant was found in the basement of a Mississippi Courthouse. Dr. Stacy Patton wrote that Bryant continued to play the victim, leaving out key facts about the events leading up to the Chicago teen’s murder. While Mississippi authorities refuse to pursue charges against Bryant for her role in Till’s murder, the court of public opinion has reexamined the woman’s rule in the brutal murder.

Acoli and his supporters have advocated for his parole for quite some time. The New Jersey Supreme Court sided with the elder, finding that the rationale for denying his parole didn’t meet state standards. His case also highlighted the impact of aging incarcerated people and the extremely low levels of recidivism experienced by this age group.

Understanding Environmental Racism And Its Effect On Black Americans

The water crisis in Jackson, Mississippi, provided a new opportunity to explore the ongoing impact of environmental racism on Black communities. While the environmental justice movement has increased in its visibility recently, communities like Jackson still lack the resources and tools needed to address longstanding issues. Recent winter storms in Buffalo are another example of the failed investment in infrastructure leading to catastrophic results. Climate change is often treated as a disconnected concern but disproportionately impacts the lives and conditions of Black and brown communities around the country.

After a New York City corrections officer killed 18-year-old Raymond Chaluisant, attorney and legal commentator Olayemi Olurin wrote a powerful op-ed for NewsOne. She outlined how the indifference for human life shown by the former officer was a part of a broader issue seen within the city’s Department of Corrections, notably the treatment of those detained at Riker’s Island.