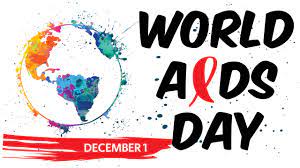 Ahead of World AIDS Day on Wednesday, experts say scientific innovations in HIV prevention and treatment remain elusive for many in the United States and around the world.

Brian Mustanski is a professor of medical social sciences at Northwestern University Feinberg School of Medicine, founding director of Northwestern’s Institute for Sexual and Gender Minority Health and Wellbeing (ISGMH), and co-director of the NIH Third Coast Center for AIDS Research (CFAR). His research focuses on the health and development of LGBTQ youth and the application of new media and technology to sexual health promotion and HIV prevention. He can be contacted by reaching out to Win Reynolds at [email protected].

“Decades of research have produced highly effective ways of diagnosing, preventing and treating HIV that help put an end to this epidemic. Yet too many people in the U.S. and around the world don’t receive the benefits that these scientific innovations have to offer. Implementation research is a high priority to help bridge the science-practice gap by identifying the best strategies for improving access and use of these HIV interventions by the people who need them the most. As the co-director of the NIH-supported implementation science coordination center, we are providing support and coordination to over 100 NIH-funded projects that represent collaborations between researchers and HIV service providers to help identify best practices for implementing effective HIV interventions.”

Héctor Carrillo is a professor of sociology and gender & sexuality studies in the Weinberg College of Arts and Sciences and co-director of The Sexualities Project at Northwestern (SPAN). He can be reached by contacting Stephanie Kulke at [email protected].

“Over the past four decades, HIV/AIDS has disproportionally affected less-advantaged groups in most societies around the world. Such disproportionate impact is a painful fact that the current COVID-19 pandemic has also reminded us of. In most places, groups affected by HIV/AIDS typically have included sexual and racial minorities, as well as other socially and economically disadvantaged communities. The prevalence of COVID-19, HIV/AIDS, and other health conditions in disadvantaged communities should prompt us all to continue emphasizing the pursuit of social equality, health equity, and improved access to health education and healthcare.”

Kathryn Macapagal is a Feinberg School of Medicine clinical health psychologist with expertise in sexual health and behavior, HIV prevention and sexual and gender minority populations. She is also associate director of the Center for Translational Health Research and Interventions Advancing Equity for Sexual and Gender Minorities (THRIVE) at ISGMH. He can be contacted by reaching out to Win Reynolds at [email protected].

“Talking to your kids should be ongoing throughout their childhood and adolescence about a range of things – sex, bodies, consent, gender, pregnancy, relationships, and HIV and STIs. These talks can be awkward or uncomfortable, but I can’t stress how critical they are for the rest of your children’s lives. Talking to kids about these topics early and in an honest, medically accurate, nonjudgmental way makes conversations about HIV and HIV prevention so much easier. If you’re late to the game, it’s also never too late to start.”

Steven Thrasher is a faculty member in Northwestern’s Institute for Sexual and Gender Minority Health and Wellbeing (ISGMH) and the Daniel H. Renberg Chair of social justice in reporting. His areas of expertise include U.S. civil rights, international histories of LGBTQ and gender identities, social movements, public health reporting and HIV/AIDS history. Thrasher’s forthcoming book, “The Viral Underclass: How Racism, Ableism and Capitalism Plague Humans on the Margins,” addresses disparity and the worsening of viral rates in marginalized communities that still do not have access HIV drugs. Thrasher can be reached at [email protected].

“On this World AIDS Day, in addition to remembering the dead and supporting the living who are affected by HIV, let us remember there is no contest between these two pandemics. It’s not a competition. Despite the particulars of the two viruses, they affect a similar viral underclass. The making of a world free of AIDS would make a world free of COVID (and vice versa), because the same underlying causes are driving both pandemics.”

Jagadīśa-devaśrī Dācus is associate director of ISGMH and a research assistant professor whose research seeks to understand how and why many Black men who have sex with men (MSM) have remained HIV-negative and resulted in the development of Black MSM Resilience Theory. As a research approach, it validates and supports the ways that they have taken care of themselves individually and with community support as Black people and sexual minority men.