Who will replace Janice Jackson as CPS Chief? 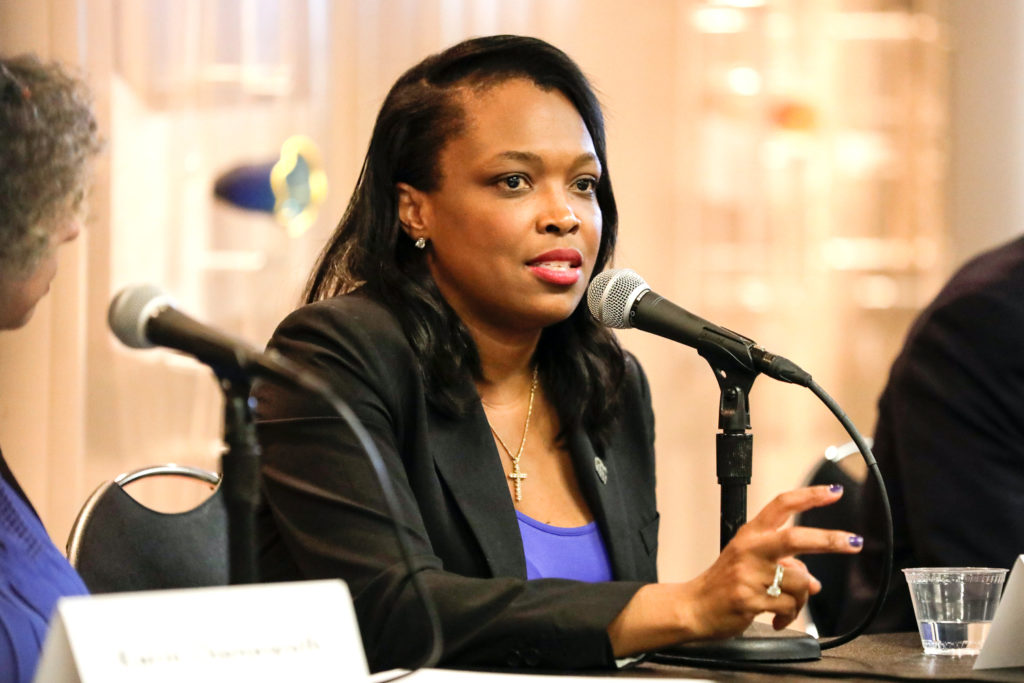 The leadership of Chicago Public Schools is in a flux as three of its top executives are leaving the district. The biggest departure is CPS CEO Dr. Janice Jackson, who, on Monday, May 3, announced that she will not renew her four-year contract when it expires next month. Her last day on the job is June 30.

Now, the big question is: Who will replace Jackson as head of the nation’s third largest school district?

In an interview with ABC7 Chicago, Jackson said, “I think internal and external candidates should be considered, but I’m a hometown girl, so I’m always going to root internal.”

Jackson is not the only top executive leaving CPS. CPS Chief Operating Officer Arnie Rivera is also leaving the district. In March, Chief Education Officer LaTanya McDade announced she would be leaving at the end of the school year to lead Prince William County Public Schools in Virginia.

The biggest concern is replacing Jackson, who is leaving at a time when Mayor Lightfoot is under pressure to allow members of the Chicago Board of Education to be elected by voters, rather than being appointed by the mayor.

For now, there are no clear local candidates for the top job. For a school district where the majority of students are Black and Hispanic, the issue will be whether Mayor Lightfoot can find a qualified minority candidate, who can bond with CPS, while weathering the heavy politics of the district.

Mayor Lightfoot said she supported Jackson’s decision, but did not give any indication as to potential candidates to fill the role.

“Look, there’s no easy way to say this, but I’m like many of you are, sad that Dr. Jackson has made this decision to step down as CEO of public schools, but I also know she always puts the most important things and values first, and that’s her family,” Lightfoot said.  She went on to say, “And, I understand this decision, and I support it.”

Jackson acknowledged that the pandemic and a difficult relationship with the Chicago Teachers Union took a toll on her staff in the past several years.

Jackson’s appointment capped a career that saw her rise through the ranks of CPS to become the longest-serving CEO since Arne Duncan in 2009.

After years of turnover at the top and in the schools, Jackson gave stability to the school district amid threats about another teachers’ strike and the coronavirus pandemic. The teachers’ strike in 2019 ended with a $1.5 billion, five-year contract after nearly two weeks of bitter negotiations.

During her announcement to resign, Jackson said her next move will not be running a school district. She stressed she has no plans to run for public office, but joked that she may run for an elected school board position. Before getting the top job, Jackson was a former student, teacher, principal, and chief education officer at CPS.

In her resignation letter, Jackson wrote, “CPS has been an integral part of my life, first as a student, most importantly as a parent, and most humbly as the CEO. It is with that adoration that I have led this great school district as CEO for the past four years.

“My tenure has not been without its adversity. However, from day one, I committed to own and face all of our district’s challenges head on. I thank each of you who played a role in helping us navigate those challenges by showing up daily, with unwavering commitment to Chicago’s children. Despite a disruptive year, CPS is emerging stronger than ever. Fiscally, we have made great improvements, including increasing school funding equity and making significant investments in schools and students with a focus on underserved communities.”

Jackson said she was proud of the culturally responsive curriculum and the two South Side high-quality schools built under her watch, Englewood STEM and Bronzeville Classical Elementary School.

Raised in Auburn Gresham, Jackson attended Cook Elementary School in the neighborhood. Her father worked as a cabdriver, and her mother was a dispatcher. She graduated from Hyde Park Academy and earned a bachelor’s degree in secondary education and a master’s degree in history from predominantly Black Chicago State University.

She earned a second master’s degree, and in 2010, received a Doctor of Education in policy studies and urban school leadership from the University of Illinois at Chicago.

“When I started, about one-quarter of principals left every year,” Jackson said. “Now, over 91 percent remain in their role after each year.”

In 2017, Jackson replaced embattled CPS Chief Forrest Claypool, who resigned after he was accused of repeatedly lying during an ethics investigation involving the top CPS attorney. Black leaders were angry at Emanuel for passing over the more qualified Jackson for the top CPS job in favor of his friend. When Claypool resigned, it was vindication for Jackson and a sign that Emanuel had erred in hiring his friend for the job.

For Emanuel, it was the second consecutive embarrassing resignation of a CPS CEO. Claypool’s predecessor, Barbara Byrd Bennett, resigned in 2015 after being indicted in a $30 million no-bid contract scandal. She was released from prison last year.

Under pressure to restore his relationship with the Black community following the release of the video that showed Officer Jason Van Dyke shooting Laquan McDonald 16 times, Emanuel chose Jackson. The Black community was also still reeling from the closure of 50 CPS schools in 2013—the most in U.S. history.

When Emanuel appointed Jackson, the timing was perfect for her. She was an ideal fit for CPS and the political climate. Unlike her predecessors, Jackson was an educator whose clean background and extensive experience set the stage to restore CPS and its beleaguered reputation. She was among a string of Black officials who were appointed to head top department posts in housing, law enforcement and transportation as the McDonald scandal damaged Emanuel’s leadership and political career.

At the time of her appointment, Rev. Cy Fields, president of the Leaders Network and pastor of New Landmark Church, said, “Dr. Jackson’s support in our communities is deep and wide. She is a product of the system and a professional educator. We have an opportunity to have grassroots support for a system with a grassroots leader.”