WHO ARE THE REAL ENEMIES OF THE BLACK COMMUNITY? 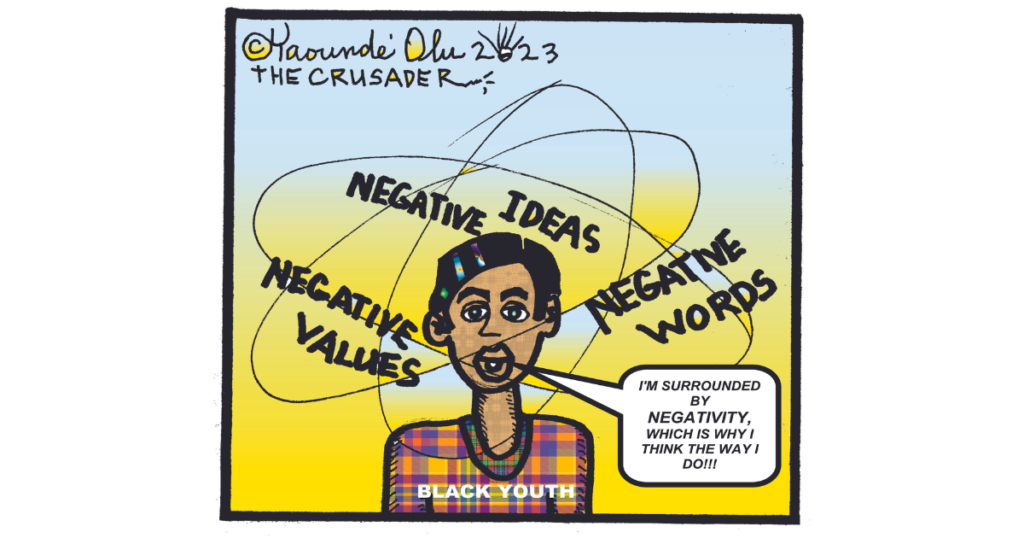 The United States just celebrated the 94th anniversary of the birth of Dr. Martin Luther King, Jr., who lost his life in a fight for equality of the races and the brotherhood of man. Since he was cut down on April 4, 1968, Black people have made a lot of progress, but they [we] have also gone backward in some areas due to enemies of the community.

Who are the enemies of the Black community? A lot of people would say that the true elements holding Black people back would be a so-called “Illuminati.” Others would say “white people.” The result is that it is basically impossible for any Black person to reach any level of success without being accused of involvement with the Illuminati.

Those who are not accused of being in that shady, illusive organization are accused of just being “sell-outs.” Oprah, Tyler Perry, or just about any other Black person who has reached a modicum of acclaim, is accused of being anti-Black; of being enemies of Black people. Folks are actually suspicious of Black success.

Currently, there are a number of social media bloggers whose main avenue of generating revenue is by the act of “exposing” various and sundry Black people for numerous negative behaviors. Almost EVERYONE has been “outed” for some supposed transgression or another. And one of the saddest consequences of this trend is that almost all of Black popular culture is mired in pulling each other down, in self-destruction. This is obvious when you listen to the music created by rappers.

Gangsta’ rap music is saturated with dissing…with denigrating other Black people. The word “Niqqa” is extremely ubiquitous. At one point, and even today, those who liberally use the word say that they have changed the meaning of it; that it is actually a term of endearment. But if you listen to the majority of rap songs, it is rarely used in a positive way, if at all! We then turn around and become insulted when others use the word, which is extremely illogical.

A way to gauge the health of the community is to think about how much of what is artistically created shares positive ideas. For the most part, the focus, when not on hurting one another, emphasizes low-value concepts. The idea of love, companionship, marriage, and self-help are rarely highlighted. Instead, money, power, machismo, misogyny, drugs, murder and things connected with them tend to garner the most attention.

Black men who think about love in relation to women are considered to be “soft.” Think on this…how would it be possible for the Black community to progress if all of the current memes focus on the exact opposite of positivity? The values that have the most adherents in our communities are connected with how much money someone has…the money that a person has translates into their value.

What this all means is that the African American community in the U.S. is caught in a quandary; they [we] give lip service to wanting to progress while at the same time pulling against success. The current values held by a large number of those our youth hold in high esteem, are money and power; that is the mantra. Of course, this is also the value set that a number of our highly placed politicians embrace as well.

Ultimately, we are embroiled in a war of opposing ideas. We must face the fact that we cannot emerge triumphant in our quest for a successful life while, at the same time, embracing scores of negative memes. We can’t entertain two masters at the same time.

What needs to be acknowledged is that this challenge does indeed exist, and in order to better our collective position we will need to embrace new values.

We must first decide that we have value as human beings outside the amount of money we possess. In addition, we must really begin to see the value in EACH OTHER; we must learn to work together for common goals; we must really internalize the idea that unity is the way to success, and without it we will fail. We must understand that the embrace of negative ideas must cease and desist and that we must learn to value positive ideas.

Finally, we must understand that WE are our own worst enemy, and that it will not be possible to change our collective destiny without changing our collective behavior. If we can effectively do that, no outside enemy will be able to defeat us! A Luta Continua.