WHICH SIDE ARE YOU ON? 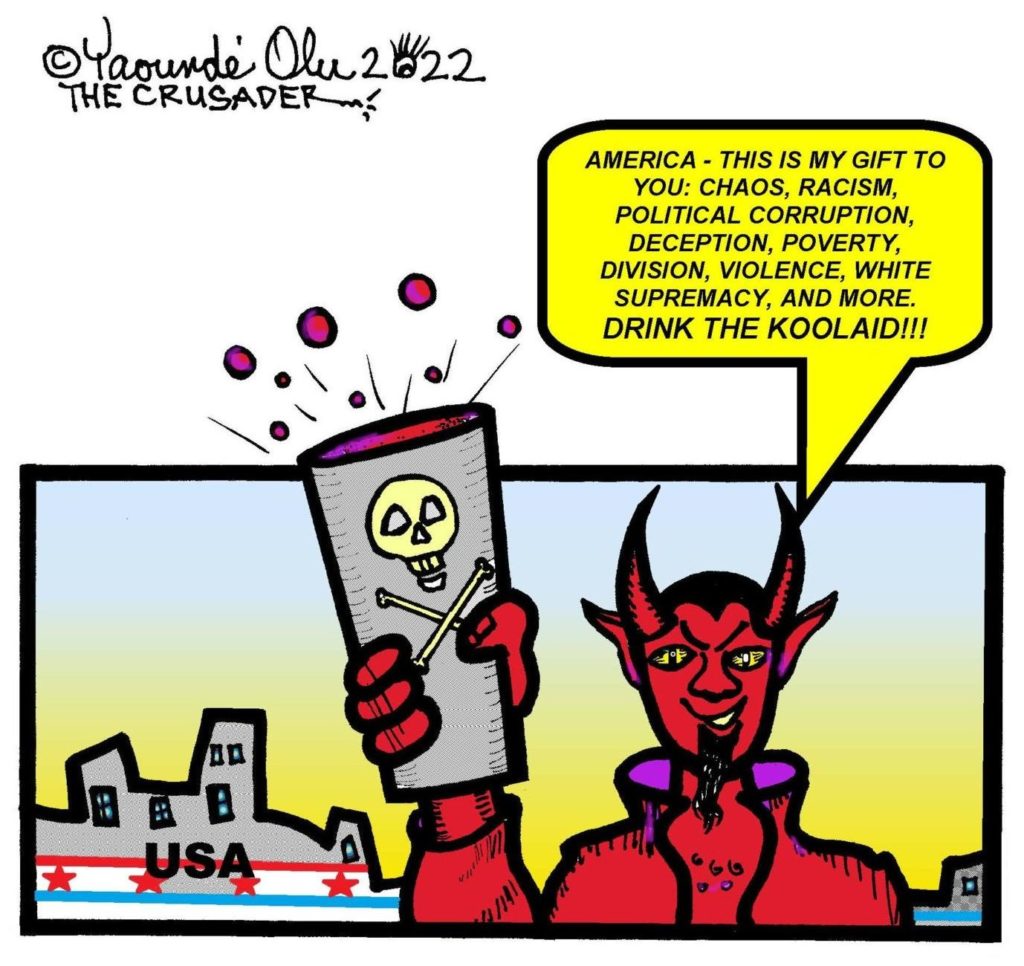 As Black History Month winds down, it might be a good time to look forward to a new engagement with American society and the world. We are apparently at a crucial point in the history of the planet and people are reporting to different camps.

What is certain is that things can’t continue as they are. The world is one big ecosystem, and it is suffering from mistreatment by humanity.

Black people are part of the planet, and will be impacted by whatever affects us all. The challenge is that Black people are faced with dealing with the age-old issues of racism and discrimination on top of everything else while white society has other issues that are crucial to them.

One of the things that we must understand is that there really is a spiritual dimension to life that has consequences connected with how we behave. And herein lies the rub: no group has a monopoly on righteousness, and no group has dibs on evil. The differences are ones of degree.

In Africa, the issue where poachers are threatening the existence of elephants as a species, for example, stands in juxtaposition to those who conquer and pillage sovereign nations or who are polluting the oceans and even outer space.

What happens in the future that we all create together will depend upon what we all do with whatever resources are available to us. Right now, certain groups of human beings threaten the peace and tranquility of the planet.

In the Black community, these people are the ones who rob and steal from other Black people. On the municipal level, those individuals who place profit before peace and poison the social ecosystem with their greed are the culprits. The same thing happens on state level and national levels.

On the global scene, there are key players who threaten war, and in this day and age and level of technological development, nuclear war could be the death knell for us all. We are interconnected like dominoes; what happens in one segment of the planet impacts every other part.

It all boils down to the fact that we who exist on this little blue-green ball spinning in space have a decision to make: we must decide on what side of history to reside.

We can make decisions that will help maintain the planet, or we can choose the side of destruction. And once again, this destruction will be generated on multiple levels, from gang bangers in urban communities who keep people in a state of fear and chaos; from spineless and/or greedy politicians who make selfish decisions; and from the people who turn a blind eye to it all pretending the dysfunction will just go away on its own.

During January, 2021, the United States actually experienced an attempted coup. This incredible event was allegedly spurred on by the sitting president of the United States, who arguably is one of the most ambitious lovers of authoritarian rule that we have seen in recent years. In that regard, the people who align with that behavior have chosen sides, and it clearly does not bode well for the peace and prosperity of the world’s people.

Black people, as previously stated, are kept preoccupied with oppression which keeps the community from observing broader patterns of behavior that impact the entire human family.

While we are in skirmishes with the police and other individuals with poisoned mindsets against us, the movers and shakers on the planetary stage are threatening the well-being of the world as a whole.

There was a saying during the Civil Rights Movement of the 60s that was embodied in a popular song that had as a refrain,“Which side are you on boy, which side are you on?” This question pretty much sums it up! The future of the Black community, which is tied to the future of the planet and all of its people, will depend upon how many of us line up with the side of righteousness as opposed to how many embrace selfishness.

With that said, as Black History Month comes to an end, our path forward as a people should take into consideration the part that we must play as a Black community, as a Black nation, and as Black world leaders to ensure a bright future for us all. Hopefully, we will be able to influence a critical mass of people to choose righteousness and unity over chaos and deceit. A Luta Continua.