WHERE IS BLACK HUMAN INTEREST? 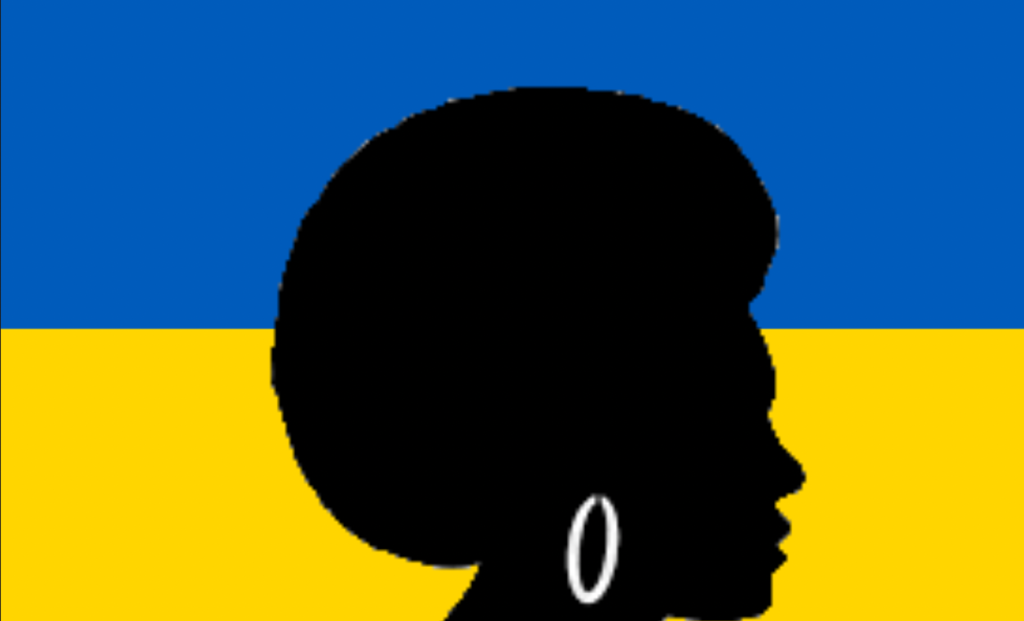 Most of us are riveted to the television, radio, or internet to learn more about what is happening in Ukraine. On one hand, it is a world away, but on the other hand, it is right next door because it affects us.

Not only is there the devastating loss of human life, but there are also the ways that we in the United States are affected by Putin’s putrid boldness. We are feeling it in our pocketbooks as we watch gasoline prices rise. We also feel it in our hearts as we watch people leave, juggling their bundles of belongings, not knowing if they will ever see home again.

Black people who live in Ukraine have been mostly ignored when these human-interest stories are broadcast. If it were not for journalists Roland Martin and David A. Love, we would not know much about how Black Ukrainians are being treated.

Roland was the first to speak of it, highlighting how Black folk in Ukraine were being turned away from busses and trains leaving the country. David Love has written about the ways the majority media have highlighted human suffering, ignoring Black suffering as if we are not human (https:// thegrio.com/2022/03/02/we-must-call-out-the-medias-racist-cover- age-of-ukrainian-vs-non-europe- an-refugees/).

I am not surprised at this global anti-Blackness, as it is the same in Ukraine as it is in the UK or parts of Latin America. Global predatory capitalism has made it acceptable for people to discriminate, even in times of war and crisis.

Even without war and crisis, Ukraine has an ugly history of racism (https://www.washington- post.com/outlook/2022/03/03/ anti-black-racism-is-upend- ing-easy-narratives-about-his- toric-exodus-ukraine/). I’m not singling Ukraine out, every non-African country in this world simmers in its racism. Only in crisis does it come to a boil.

From Twitter, Ukraine’s Deputy Chief Prosecutor David Sakvarelidze said, “It’s very emotional for me because I see European people with blue eyes and blonde hair being killed.” What about the folks with brown eyes, brown skin, and brown hair? Their plight is less impactful, at least for him. Sakvarelidze, your racism is showing.

But he’s not the only one. Others have commented on the middle-class status of the fleeing white Ukrainians as if the Black folks fleeing, many who are students, don’t have enough status to be treated compassionately.

Of course, the Ukrainian government has issued a statement denying any racism. What else can they say?

The United States can play a role in ensuring that Black folks fleeing Ukraine are fairly treated.

If we are sending humanitarian aid, we should condition it to fairness in the distribution of aid. Or, if we are sending people to the border to administer aid, we could ensure that our envoys are race-sensitive. If Black folks can’t get on busses or trains, perhaps we could offer busses and trains for them.

In the face of blatant racism, we must create race-specific remedies so that no population in Ukraine or anywhere else feels a disproportionate amount of pain.

Other media outlets have jumped on the bandwagon since Roland Martin and David Love have called this racism out. However, I’ve yet to see an in-depth profile of an African family trying to leave. In contrast, I’ve seen several white Ukrainians doing things like getting married in uniform, feeding neighbors, or being taken in by Polish people or others.

Where are the stories about the African students abandoning their studies or African families being fractured? This is not just about Ukrainian racism. It is also about white journalistic myopia that refuses to acknowledge Black humanity.

My heart breaks for Ukraine. I’ve become a great fan of their bodacious and defiant President Volodymyr Zelenskyy. My heart also breaks for my African brothers and sisters in Ukraine attempting to survive bombs and bombast while also struggling with racism that treats them so very different from other human beings.

I implore President Biden and Vice-President Harris to consider the way Black folk are being treated in Ukraine and tie some of the aid we offer to anti-racist efforts. I want more humanitarian stories about Black folk in Ukraine. Sojourner Truth’s resonant statement was, “Ain’t I A Woman.” In Ukraine, Black folks might ask, “Ain’t I A Human.”

Dr. Julianne Malveaux is an economist, author, and Dean of the College of Ethnic Studies at Cal State LA. Juliannemalveaux.com.