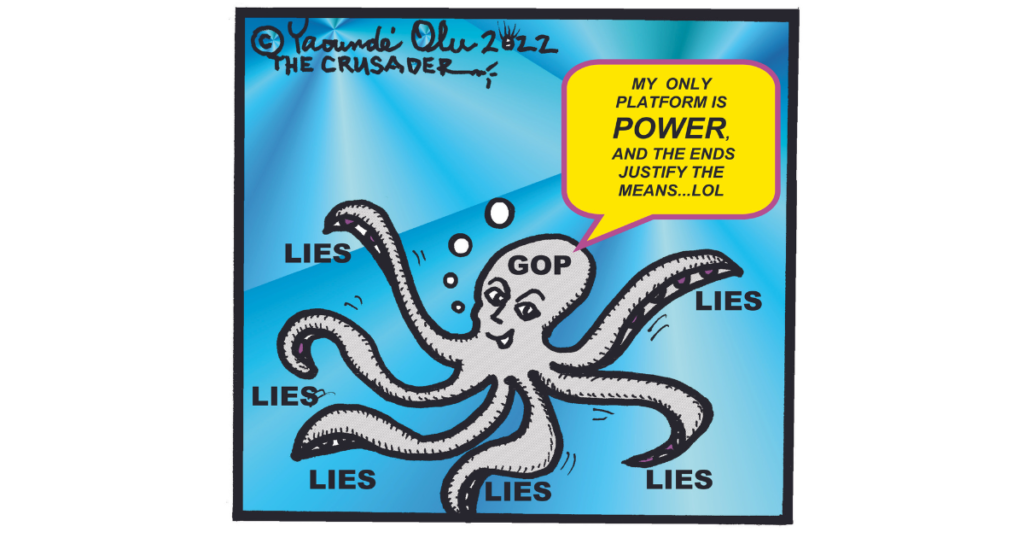 The midterm elections are almost here, and it will be important for everyone to cast their votes. Very often, however, people are confused as to whom they should cast their vote for; in other words, voter education is important.

People need to understand that the candidates they select will impact the quality of life they enjoy for years to come. Because of this, all candidates spend a great deal of time extolling their own virtues, some imaginary and some real.

The biggest problem for voters, therefore, is discernment; they need to be able to navigate the swarm of truth and lies in order to determine the best candidate for their interests. African Americans, in particular, have an uphill road to climb, because there have been instances where both parties seemed to offer the goods.

And most interestingly, there has been a tradition among Blacks, especially among older citizens, to automatically vote for Republicans. Why? Because President Abraham Lincoln, a Republican, is the president on record for freeing the slaves.

They should be not deceived, however; the Republican party of the historic past has scant resemblance to the one that exists today.

One of the things that we should keep in mind as we go to the polls is the fact that one of the leaders of the Republican Party, the most recent president, Donald Trump, has been subpoenaed to testify regarding the January 6 Insurrection. There is a great deal of evidence that points to his role as the leader and initiator of that debacle.

Think about this. The Republicans, who thwarted every possible move by the Democrats to carry out their responsibilities to the people, are involved in a prolonged power grab; they have demonstrated that this is their chief goal.

The Republicans clearly do not have the best interests of the people in mind. They are opposing almost everything that would benefit rank and file Americans.

They oppose student loan relief, and note that African Americans suffer disproportionally from this crushing debt. They thumbed their noses at the law; a number of them have received prison terms, which were later pardoned by Trump.

The Republicans are involved in some of the most restrictive practices in recent history to suppress the vote. They voted to overturn Roe v Wade, which had a 50-year run, sending a strong message to women, depriving them of control over their own bodies.

Other toxic GOP policies include a rumor that Republicans are planning to gut Social Security; that they propose arresting members of the January 6 Committee for daring to investigate the insurrection; that they want to conduct more investigations on Hillary Clinton; to get rid of democracy; and they want to destroy public education. They’ve already given huge tax cuts for the wealthy.

One of the most problematic aspects of the Republican cohort is the saturation of America with the lie that Trump actually won the last presidential election and that the election was fraudulently taken away from him.

It’s amazing that almost half of all Republicans believe this untruth, even though a number of investigations and recounts have proven beyond a shadow of a doubt that the allegations of a stolen election are untrue!

Democrats, on the other hand, tend to embrace policies that benefit the rank and file. Democrats believe that the government should have a hand in helping people. Democrats are for gun control, as opposed to Republicans who aren’t; Democrats support marriage equality and pro-choice.

When viewed from an overall perspective, Democrats are “liberal,” and Republicans are “conservative.”

Black people should think about this last point because it gives the greatest clues as to which party would be the most beneficial for the community. The idea of conservatism is the retention of the past, holding on to that which has been traditional.

Since tradition supported slavery, Jim Crow, voter suppression and more, it would seem to be a no-brainer that the Black community would not want to “conserve” those mindsets.

Let’s hope that most Black people are able to see beyond the current GOP political smokescreen of lies and do the right thing! A Luta Continua.