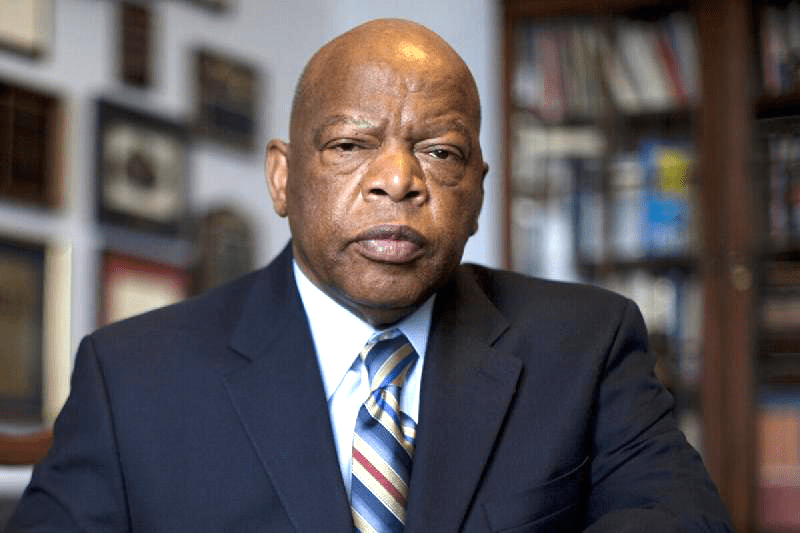 As hundreds of civil rights advocates complete plans for a series of events across the country to heighten the need for new and stronger voting rights laws, the U.S. House of Representatives is expected to hold a late August floor vote on an updated bill honoring the legacy of the late civil rights champion and long-term Georgia Congressman, John Lewis.

Sponsored by Selma, Alabama, native and U.S. Representative Terry Sewell, the new version replaces one passed last year in the House but was stymied in the Senate.

Commenting on the updated bill Sewell said, “By preventing states with a recent history of voter discrimination from restricting the right to vote, this bill restores the full promise of our democracy and advances the legacy of those brave foot soldiers like John Lewis who dedicated their lives for the sacred right to vote…Our democracy is at stake.”

Speaker Nancy Pelosi added, “Congress has not only an ironclad Constitutional mandate but a moral responsibility to enact H.R. 4 to combat destructive and discriminatory voter suppression.”

After months of field hearings that began in April, a report was released in early August by North Carolina Congressman G.K. Butterfield, a House Judiciary Subcommittee chairman. The voluminous report documented six voting and election administration practices as significant evidence of discriminatory impact:

3. Lack of access to multi-lingual voting materials and language assistance;

5. Restrictions on additional opportunities to vote; and

6. Changes to methods of election, jurisdictional boundaries, and redistricting practices.

Even the U.S. Census Bureau is conceding that race remains an issue in virtually every sector of American life.

In its August 15 release of decennial 2020 census data, a Bureau brief conceded, “Understanding the role of race is complicated because even before the pandemic, the Black population was more likely to be poor, less likely to have health insurance and more likely to work in the front-line jobs that put them at risk of both infection and unemployment during the pandemic.”

The irony is that as the nation becomes more diverse, as documented by the Bureau, racial discrimination is surging – particularly when it comes to voting rights. With only a few months before redistricting and reapportionment begin ahead of the 2022 elections, time is right to take corrective actions to ensure that everyone’s vote is counted and is counted equally.

As many demographers anticipated, the Hispanic or Latino population is now the largest ethnicity, having grown 23 percent since the last census. By contrast, whites neither Hispanic nor Latino origin grew 4.3 percent since 2010.

Even with this important data, it is important to note that attacks on the veracity of the 2020 census were also assaulted.

The previous administration injected blatant partisan goals, according to a recent New York Times news analysis. Four political appointees were added to the Bureau’s senior ranks to ensure that a requested immigrant-only count would be completed separately and then forwarded to the former president.

Speaking to the potentially lasting effects of these and other partisan assaults on the census process John Abowd, the Census Bureau’s Chief Scientist, warned in the news analysis, “the highest priority now is restoring the credibility of the 2020 census and the Census Bureau.”

While the Census Bureau, Justice Department, and other federal agencies strive to return to their respective missions, these census results will also affect how elected officials are chosen in Congress and in state legislatures across the country.

Census data is the factual basis for redistricting that adjusts boundaries for population shifts that occurred over the past 10 years. How many seats each state has in the U.S. House of Representatives is reapportioned to ensure equal representation. Today, each of the 435 House districts represents about 700,000 people. By contrast, each state is responsible for using accurate population counts – again relying on the decennial census – to achieve electoral equity.

But if the counts are rigged by brazen partisan schemes, the goal of equal representation is lost. When voter suppression efforts take hold as well, the votes of marginalized communities are even farther from the long-standing legal standard of ‘one person, one vote.’

“Perhaps more than in any other year in recent history, elected officials and political operatives were direct about their intentions to shrink the electorate in 2020, at times with explicit or thinly- veiled references to race,” testified Wendy Weiser, the Brennan Center for Justice’s Vice President for Democracy, on August 16 before the House Judiciary Committee’s Subcommittee on the Constitution, Civil Rights and Civil Liberties.

“While to date no state has adopted an adult citizen redistricting base, these findings are relevant to Congress’s inquiry because there is an ongoing effort to adopt such a change, including in states that were previously subject to preclearance and would likely be covered under the VRAA [Voting Rights Advancement Act],” Weiser continued. “This change is being pursued with the express knowledge that its principal impact would be to disadvantage communities and voters of color.”

Samuel Spital, the NAACP Legal Defense Fund (LDF)’s Director of Litigation, also testified at the August hearing and spoke to the ills encountered in the 2020 election, as well as what many of these practices will bode for 2022 and beyond.

“The 2020 election did not, as numerous news reports suggested, “go smoothly,” testified Spital. “The celebrated turnout and registration rates among Black voters in November 2020 occurred despite a litany of obstacles, and only because of the Herculean efforts by civil rights groups, organizers, and activists—and because of the sheer determination and resilience of Black voters.”

Continuing, Spital added, “This model is not sustainable. Nor is it lawful. Black voters’ ability to overcome unequal burdens does not diminish the fact that those burdens exist. Nor does our Constitution countenance two systems of voting in this country—one in which

Black and other marginalized voters require an independent, non-governmental apparatus to exercise the fundamental right to vote while white voters do not… A number of States witnessed unprecedented attempts to discount ballots cast in areas with large numbers of Black voters.”

“The 2020 election—and the wave of racially targeted voter suppression measures enacted and proposed by states since then—highlight the need for new federal legislation to prevent voter suppression at all stages of the electoral process: from registration, to turnout, to the counting and canvassing of ballots,” testified Spital.

The urgency for new voting rights legislation was also the focus of an August 15 Washington Post guest op-ed co-authored by two long-standing progressive leaders: John Podesta, founder and chair of the board of directors for the Center for American Progress, and Wade Henderson, interim president and chief executive of the Leadership Conference on Civil and Human Rights. Henderson, who also testified before the House subcommittee, is a long-time board member of the Center for Responsible Lending. Together the two leaders articulated the real-life consequences of voter suppression and the archaic Senate filibuster rule.

“Try explaining to a Black grandmother raised under Jim Crow why it takes only 50 votes in the Senate to stack the Supreme Court with justices who are undermining her voting rights, but 60 votes to pass a bill protecting them,” wrote Podesta and Henderson. “Or better yet, ask her to tell you about her life 60 years ago, and how the law was used to keep her from accessing education, jobs and the ballot box.”

“Some measures have sought to criminalize giving water to people waiting in long voting lines, dis- proportionately found in Black communities; others have attempted to bar early voting on Sundays, a transparent effort to stop Black voters from going to the polls after church,” the advocates continued.

“[E]ven as the filibuster’s use has expanded, its application has been arbitrary, applying to some matters but not others and undergoing multiple changes over the past century,” the leaders continued.

It should not go unnoticed that many of the biggest priorities of the right — such as tax cuts for the wealthy and stacking the Supreme Court with conservative justices — were achieved by carving out exceptions to the filibuster.”

As the late Black playwright, August Wilson wrote in his Pulitzer Prize-winning drama, Fences, some are erected to keep things out, while others are intended to protect things within.

There can be no doubt that America’s tsunami of voter suppression laws is intended to keep Black America and other communities of color out of voting.

At the same time, it is equally clear that the legacies of those who fought, bled, and died for the right to vote will not be betrayed.

“It was the result of the tremendous sacrifice of those beaten on the Edmund Pettus Bridge, including the late Congressman John Lewis, the martyrdom of Medgar Evers, Jimmie Lee Jackson, Viola Gregg Liuzzo, Andrew Goodman, James Cheney, Michael Schwerner, and so many others, which proved crucial in ensuring the federal government take seriously its duty to enforce the right to the franchise,” testified LDF’s Spital.

“In short, the right to vote that we enjoy today was forged by courageous people who demanded the protection and expansion of the franchise.”

“It is that same heroism of the average American to speak out, protest and de- mand change when faced with injustice, that we see again today in the calls for federal legislation to protect the right to vote.” He added, “It is the obligation of this generation of lawmakers to respond to these calls and ensure that the hard-won gains of the past are not lost. Let the Church say, “Amen!”