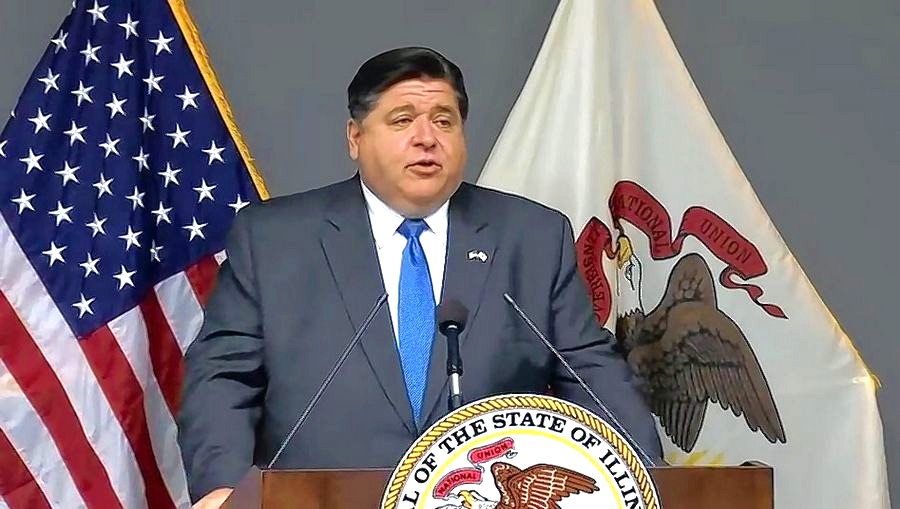 The Republican candidate for Illinois attorney general is demanding answers from the Pritzker administration and Attorney General Kwame Raoul’s office about the case that includes political name-dropping.

Jenny Thornley is set to be in front of a Sangamon County court this fall on multiple counts of forgery, theft, and official misconduct.

“Thornley knowingly engaged in a scheme to defraud the State, most recently with the apparent complicity of Illinois Governor J.B. Pritzker, his wife, Mary Kathryn Pritker (“M.K. Pritkzer”) and the Governor’s Office,” the lawsuit filed under seal in Sangamon County in April 2021 says. “Despite having been twice proven false, Thornley continued and continues to collect benefits from the State based on the same debunked accusations against” ISP Merit Board Director Jack Garcia.

The lawsuit alleged Thornley, who worked on Pritzker’s political campaign in 2018, caused the state to pay her unearned overtime, get reimbursed for travel that did not occur, and other improper reimbursements and concealed her misconduct.

A law firm recommended by the governor’s office was paid $550,000 by the state to investigate various aspects of the case and concluded that Thornley did not receive authorization to work the overtime she claimed, among other findings.

“In February 2020, Thornley made a workers’ compensation claim based on ‘psychological injury’ that she said resulted from the assault by Garcia that did not happen according to two different investigations,” the lawsuit claims. “However, Thornley did not make this claim to the Merit Board, which employed her. Instead, leveraging her relationship with the Pritzkers, Thornley made the claim directly to the Governor’s General Counsel, [Anne] Spillane. And Spillane accepted that claim and processed it, even though the claim falsely listed Thornley’s employer as the Governor’s Office rather than the Merit Board.

“Thornley also claimed that the Governor was her direct supervisor and she provided multiple phone numbers to confirm this with Governor Pritzker himself. Of course, these statements were false, as Spillane would have had to know. Spillane nonetheless pressed the claim forward,” the lawsuit said.

In one document, Thornley is said to have sent a text to First Lady M.K. Pritzker on Feb. 2, 2020, saying, “I have a horrible incident that has taken place. I sent a lengthy email to Anne Caprara and got a return call from [Pritzker general counsel Anne Spillane]. I need JB to know what’s going on and hope they are keeping him aware.”

Republican attorney general candidate Tom DeVore wants to know why Raoul intervened in the lawsuit being sought by the merit board.

“What does Attorney General Kwame Raoul do? He asked the court to dismiss the lawsuit that was trying to get to the bottom of what the governor’s office had done with this lady and her workmans comp and her overtime,” DeVore said. “Dismiss the lawsuit.”

With the case from the merit board dismissed in March 2022, the court ordered the entire court file to be unsealed July 8, 2022.

The criminal case against Thornley continues in Sangamon on Oct. 11.

DeVore said there needs to be answers to what the governor’s office knew and what actions it took.